In the year 1985, a middle aged nostalgic Ruiz Pereira goes back to Goa after more than two decades away. His first visit is to the now abandoned family house of the Souzasoares. The house has been taken over by weeds and an overgrown garden, even though the structure has withstood the ravages of time. He is flooded with memories, and remembers the story of the people who had once occupied the building.

Dona Maria Souzasoares is the head of the household following her husband Ernesto’s death. While the rest of the family and the neighbours mourn him and prepare to put him to rest, Dona is unwilling to accept his death. Anna, Dona Maria’s granddaughter, was set to be engaged to Erasmo, but Ernesto’s death has put the engagement on hold despite her mother Sylvia’s best efforts to ensure otherwise.

Meanwhile, Dona Maria attempts to contact Ernesto’s spirit with the help of their maid Milagrena. However, they often end up contacting the spirit of a man named Vijay Singh Rane, wrongfully killed by her grandfather for his own benefit. Milagrenia, after some time, refuses to be involved in Dona’s efforts to contact her dead husband. Unsettled by her failure to contact her husband, Dona Maria vacillates on deciding Anna’s marriage. A young Ruiz, meanwhile, is in love with Anna, but Anna in turn has set her heart of Leon. When Leon seeks asylum in Dona Maria’s cellar, Anna resumes her affair with him. The police raid their house but fail to find Leon. Immediately after their departure, Dona Maria asks Leon to leave, not wanting to risk hiding a fugitive yet again.
While Anna and Erasmo are getting engaged, Anna faints. Dr. Simon Pereira, Ruiz’s uncle and an old family friend, reveals to the family that she is pregnant. Erasmo’s family breaks the engagement when they hear the news. Milagreina, on the other hand, is also with child. The family suspects Ruiz of being the father, and his uncle pesters him to confess. Ruiz’s confession takes them all by surprise: he is the father of Milagrenia’s child, not Anna’s. Knowing of Ruiz’s love for Anna, however, Dr. Pereira proposes to Dona that the two be married, but Dona refuses. Anna elopes with Leon soon after, once their family has discovered the romance they share. Sylvia and the rest of the family leave the house too, and Dona is the only one who elects to stay back. Ruiz is sent to Bombay by his uncle to focus on his studies.

In the present, Ruiz reflects about the family, and begins to introspect about his own actions, particularly with regard to Milagrenia.

While India’s colonial history has made it to the big screen numerous times, Trikal stands out as one of the few films that address the Portugese colonial power in Goa. It won two National Film Awards (1986) for Best Director- Shyam Benegal- and Best Costume Design – Saba Zaidi. Trikal was also screened at the London Film festival’86 and the Indian Film Retrospective in Lisbon (1986). It was also invited to the Indian Panorama at Filmostav in 1986. 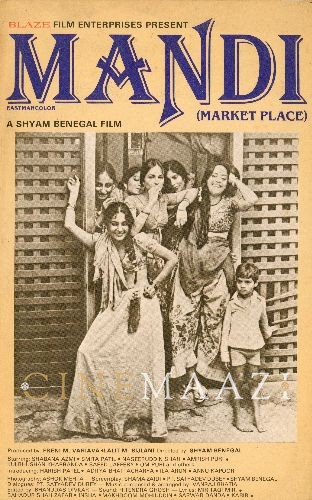 Child of The Streets