Manthan begins with the arrival of Dr. Manohar Rao to the village. Travelling to establish a Milk Cooperative Society, Dr. Manohar Rao’s arrival in the village changes its social fabric completely. When he starts interacting with the locals and collecting samples for testing, he finds out that they sell their milk to Mishra Dairy for lower than the market price which is set by Ganga Prasad Mishra, the owner.

In the course of his investigation, Dr. Rao violates one of the villagers’ request to not take a sample. When the woman, Bindu, confronts him in a public gathering, the angry villagers turn on Dr. Rao. Ganga Prasad Mishra arrives and offers a ride to Dr. Rao. On the way, Mishra explains to Dr. Rao his investment in the community and the close relationship he has cultivated with the villagers. Mishra believes that Rao’s cooperative society will destroy this carefully cultivated relationship and harm his business. Rao politely asserts that it has only been Mishra profiting from the gains so far, and he wishes to make a change in the skewed balance.

Along with his team, Rao starts rousing the villagers and explaining the freedom a cooperative society can provide from exploitative middlemen like Mishra. Moreover, a cooperative will ensure equitable distribution of profits, regardless of class and caste. Bhola, a member of a lower caste community who is a local leader, voices his disbelief and reluctance. Later, Bindu tells Rao that they distrust people from the city for their historically exploitative attitudes. Her own mother was duped by a man from the city who left her pregnant and alone. As Bindu comes to trust Rao, she starts revealing to him the intricacies of life in the village.

Villagers go to the society to sell their milk to them instead of selling to Mishra as he has lowered the price of milk even further. A film screening regarding the cooperatives is disrupted by stone-throwing. Amidst it all, Rao’s team member Chandravarkar and a girl from the village who are in love go out for some privacy. Deshmukh, one of Rao’s colleagues, insinuates that Bhola might be responsible for the event. Bhola is sent to jail by the Sarpanch and is bailed out by Rao.

Dr. Rao wants the Harijan community to be part of the society as it is supposed to be inclusive of all caste and class. He talks to Bhola about the relationship between the Harijan girl and Chandravarkar which infuriates Rao. Rao lets Chandravarkar go.

Mishra on the other hand increases the competition by reducing his prices. The sarpanch carries out caste based discrimination in the society. Bhola asks for advice from Rao about the upcoming elections. In the run-up to the elections, Bhola brings Bindu to Dr. Rao in order to ask for help. Her absentee husband has returned and poisoned their cow, her only source of livelihood. Both Rao’s suggestion to bring this up in the society meeting and his offer of financial assistance are rejected by Bindu.

Bhola suggests that Moti from the Harijan community stands for society election against the Sarpanch. Eventually, Moti is announced as the President of the Cooperative. The Sarpanch is upset, and he decides to make Rao pay.

Bindu ends up going to Mishra who makes her give her thumb signature in return of the help with her livelihood. Rao is charged with a case of rape by Bindu, which is orchestrated by Mishra and the Sarpanch. The basti occupied by the Harijans is also burned one night after the elections leading to them losing everything. They are also arrested. Rao is unable to help them. But Mishra who along with the Sarpanch is responsible for the fire, arranges for the men to be released.

Faking concern for them, he donates some clothes and appeals to them to be his clients again. Meanwhile, Rao receives a letter from higher authorities to transfer back to the city. He and his wife Shanta, along with the team leave the village. Mishra is almost successful until Bhola talks some sense into the villagers. He convinces them that they can run the cooperative society themselves if they work together. Ultimately, the villagers together agree to shoulder the responsibility of the milk cooperative society. 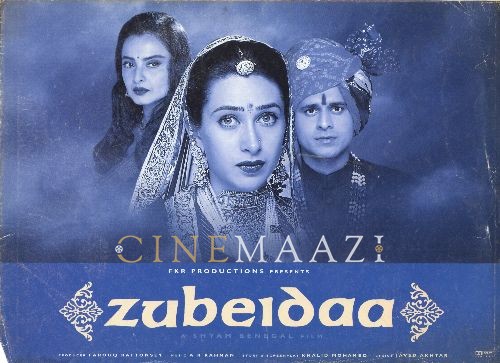