Karuna (Sulakshana Pandit) was getting decorated for her marriage and Anand's (Sanjeev Kumar) baraat was ready to leave for Karuna's house. Everybody was happy and excited. Suddenly the shadow of Brij Bhushan (Ranjeet) darkened everything. He went unnoticed into the house of the bridegroom-mingling with the guests and met Kamla (Farida Jalal) the sister of the groom, in an isolated corner and called her to his hotel room within half an hour to take away her love letters: otherwise, the letters would be handed over to her husband Deepak (Virendra Sharma).

A trembling Kamla quietly slipped away from the marriage guests, reached Karuna's house, and told her about the terrible threat. Karuna came to her rescue, took the bold, selfless decision to go to the hotel and fetch the letters.

In the hotel room, Brij Bhushan tried to take advantage of Karuna, made passes at her, tried to molest her, but Karuna managed to save herself by hitting him with a candle stand, picked up the letters, and ran away.

She reached her house safely, just in time before her absence could be detected. The marriage between Karuna and Anand was solemnised.

The next day, it was learnt that BrijBhushan had died &Anand was called by his Senior Officer, Deputy Commissioner of Police (PinchooKapoor) to investigate the murder. Now the husband was desperately on the track of the murderer-his wife. But Karuna and Kamla had vowed to keep the secret with themselves, to save the family's honour.

Did Karuna succeed in keeping her secret?

Did it all end in happiness, or despair-the despair of a noble woman-her SACRIFICE?

This is the Uljhan of Karuna.

This is the Uljhan of Anand. 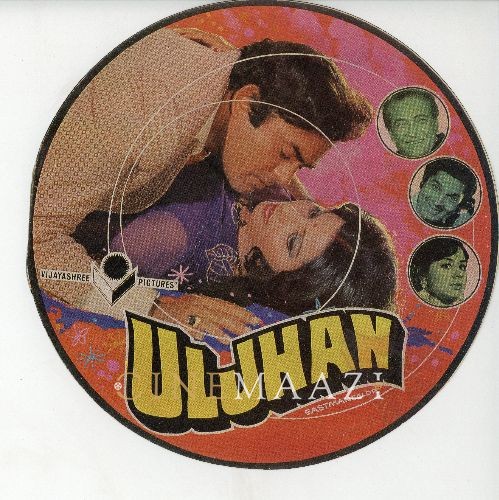