Playback singer and actress Sulakshana Pandit was active in films in the 70s and early 80s. Beginning her career with Uljhan (1975), followed by films such as Sankoch (1976), Hera Pheri (1976), Apnapan (1977), Khandan (1979), Chehre Pe Chehra (1981), Waqt Ki Deewar (1981), and Dharam Kanta (1982), she worked opposite leading actors of the time such as Sanjeev Kumar, Rajesh Khanna, Vinod Khanna, Jeetendra, and Shatrughan Sinha. Hailing from a musically inclined family, Pandit’s singing career began in her childhood when she rendered the popular song Saat samundar paar se in Taqdeer (1967) with Lata Mangeshkar. Some of the films she rendered songs for are Door Ki Rahi (1971), Uljhan (1975), Sankoch (1976), Griha Pravesh (1979), Thodisi Bewafai (1980), Ahistaa Ahistaa (1981) and Saajan Ki Saheli (1981). She was adjudged the Filmfare Best Female Playback Singer and was also awarded the Miyan Tansen Award for the song Tu hi saagar hai tu hi kinara in Sankalp (1975). She was also nominated for the Filmfare Best Female Playback Award for rendering the classical number Bandhi re kahe preet in Sankoch (1976).

Sulakshana Pandit was born on 12 July, 1954 into a musical family originating from Pilimandori village in Hissar (now Fatehabad) district of Haryana. Her father Pratap Narain Pandit was an accomplished classical vocalist, while renowned classical vocalist Pandit Jasraj was her uncle. Starting her journey in singing at the age of 9, she and her elder brother Mandheer Pandit performed on stage at live concerts, while her brothers Jatin and Lalit became well-known music composers in time. Sulakshana went on to carve a space as a successful playback singer.

Beginning her playback singing career as a child singer with the popular song Saat samundar paar se with Lata Mangeshkar in Taqdeer (1967), she went on to record with popular musicians like Hemant Kumar and Kishore Kumar. Rendering songs in Hindi, Bengali, Marathi, Oriya and Gujarati, she sang duets with renowned singers such as Lata Mangeshkar, Mohammed Rafi, Kishore Kumar, and Yesudas, as well as Mahendra Kapoor and Udit Narayan. She worked with leading music directors such as Shankar Jaikishan, Laxmikant Pyarelal, Kalyanji Anandji, Kanu Roy, Bappi Lahiri, Usha Khanna, Rajesh Roshan, Khayyam, Rajkamal and others. Some highlights of her music career include a ghazal album Jazbaat (HMV) released in 1980, and a performance at the Royal Albert Hall in London in 1986 for the Festival of Indian Music concert along with well-known singers and music directors. Her vocals featured in the song Saagar kinare bhi do dil from the film Khamoshi: The Musical (1996), which was composed by her brothers Jatin and Lalit.

Pandit enjoyed a simultaneous career in acting, making her film debut in the suspense thriller Uljhan (1975), opposite Sanjeev Kumar. The film, a thriller, revolved around a police officer (Sanjeev), who heads a murder investigation only to discover that the killer is closer home. The title song of the film Apne jeevan ki uljhan was rendered by Lata Mangeshkar, while Sulakshana sang the duet Aaj pyaare pyaare se lagte hain. The film was the first of many films that she would go on to star in opposite Sanjeev Kumar. The following year, Pandit starred in Anil Ganguly’s Sankoch (1976), playing Lolita in this cinematic adaptation of the novel Parineeta, opposite Jeetendra and Vikram. She went on to feature in hit Hindi films such as Hera Pheri, Apnapan, Khandaan, Chehre Pe Chehra, Dharam Kanta and Waqt Ki Deewar. In the period from 1975 to 1979 she was one of the most sought out after actresses alongside Hema Malini, Rekha, Neetu Singh and Reena Roy. She also featured in the Bengali film Bandie (1978) opposite Uttam Kumar, which was a fictional tale of kings and empires. 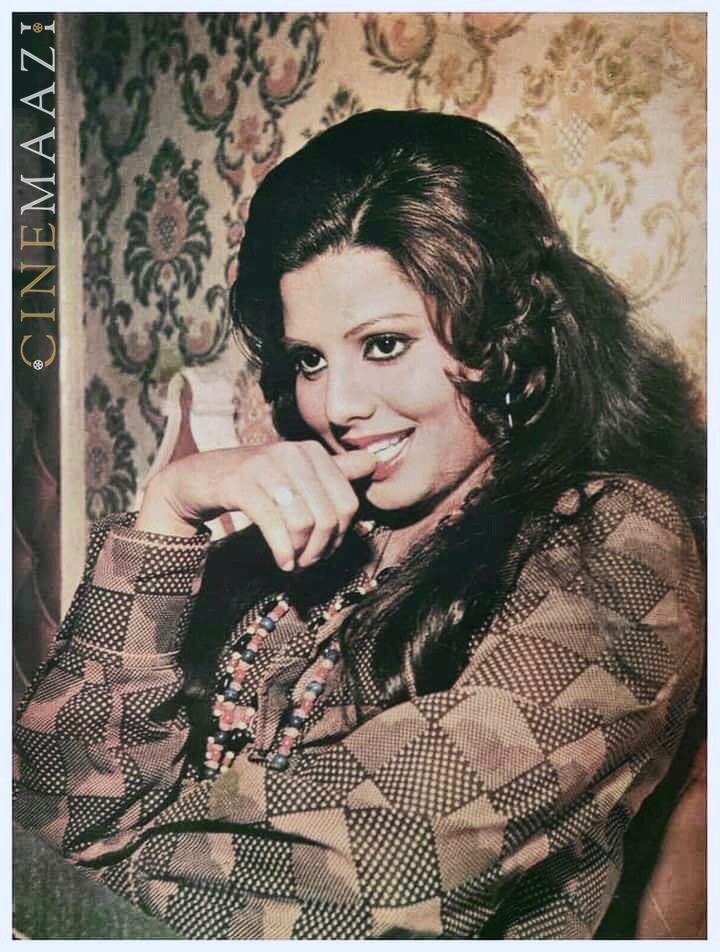