On the panoramic canvas of life, a story of friendship between two strong men is sketched in colours of flaming red passions, rainbow romance and dark, fore-boding vendetta. Friendship calls for sacrifice —for sacrifice of emotions, for sacrifice of comforts, even sacrifice of Life itself. But the Sacrifice is neither a ritual nor a many-splendored display; rather, it is in the veins of a God-blessed man who can sacrifice without hesitation and to whom the act of giving for his friend comes as naturally as to others comes the act of taking.

"Qurbani", Producer Director Feroz Khan's Techno-Vision Presentation, is the hot-blooded drama of two young men. Rajesh a small-time thief and safe breaker who serves a small prison sentence, is in love with Sheela, the Disco crooner. When he looks into her eyes, he knows the time has come for him to say good-bye to the World of crime and live a straight and honest life by which he can be worthy of her love.

Amar, a fearless and highly sensitive member of a smuggler's gang and a carrier who can get past the most deadly ring of police bullets, gives up his criminal association when he discovers that one of his associates in the smuggling ring is double-crossed and killed by the top smuggler because he should not be allowed to squeal to the police.

Amar, the young widower, has a soft and lonely heart and his whole emotional world is centred around his daughter Tina, a child as pretty and cute as any father could have wished.

In the prison, Rajesh meets Vikram, brother of princess Jwala. Vikram, a mean and vicious young man, has been framed by Raka, the former smuggler employer of Amar. Jwala and Vikram have sworn to take their revenge from Raka and recover the jewels worth many crores and which is rightly theirs.

In Rajesh, the former safe breaker, Vikram sees an excellent instrument of his evil designs.

Rajesh comes out of the prison and finds Inspector Khan, who had originally been responsible for sending him there, waiting for him. Khan warns him to be on the right side of law and orders him to report twice a week at the police station.

Rajesh meets Amar when the latter is drawn into an unwilling fight with Vikram. This is the beginning of a great friendship between Rajesh and Amar, two men who have lived on the wrong side of law and are now pledged to live as law-abiding, respectable citizens. And when Rajesh introduces his friend Amar to his waiting girl friend Sheela, little does he realize that the two have already met. But knowing his possessive nature, Sheela prefers to keep her previous meetings with Amar a secret from Rajesh.

Rajesh is forced into one last act of robbery on behalf of Vikram and princess Jwala —an act of robbery into which he has been blackmailed by the vicious sister and brother to save the life and limbs of his friend Amar. But the two friends make a master plan of double cross, whereby Rajesh would be caught for another robbery, serve a small prison sentence and then the two friends can go away for ever to enjoy the fruits of their last adventure.
But Jwala and Vikram, too, double cross them a murder is committed and Rajesh is in rage, not only to be told by Inspector Khan that his friend has betrayed him for gold and diamonds, but more hurt to be told that having fixed a life sentence for him, Amar intends to take away his girl Sheela.

The misunderstanding, however, is soon cleared, though not before a deadly fight between the two friends, as the scene shifts to London, to the sandy bank of river Thames, where a deadly battle climaxes the confrontation between the two good hearted young men and their diabolical adversaries. Sheela and Amar's daughter Tina are in the possession of the villains, as Vikram, Princess Jwala and their sinister, hired assasins use machines guns to put an end for ever to the existence of the two friends.

When Inspector Khan arrives at the scene off the bloody confrontation, he takes off his hat in a silent, moving tribute to those who die in the battle and to the brave one who offers the supreme sacrifice so that his friend could live for ever in peace and on the right side of law and without the shadow of Crime and the Criminals. Desperate deeds have desperate ends- 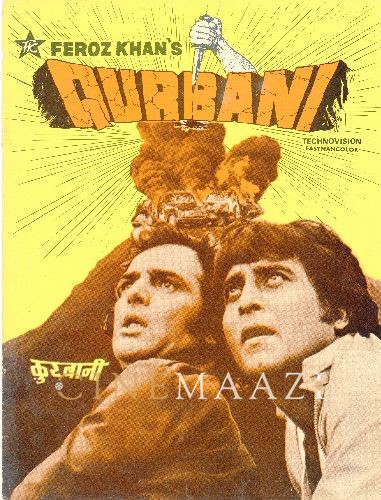