“KHUDGARZ”  is the story  of two childhood friends- Amar a rich boy and Bihari a poor. Their bond of friendship was so strong that thye could even go to the extent of giving up their lives for each other. Amar falls in love with Jaya, a florist- and Bihari with Lata a labourer girl. Their love culminates into marriage.

Amar’s father- Brij Bhushan Saxena is a capitalist- for him life is just a calculation. Brij Bhushan wants to give a Five Star Hotel as a marriage gift to Amar. The land for the construction of the hotel incidentally belongs to Bihari. Bihari had previously turned down several offers of selling his land, because of the house and land were his father’s remembrances.  But on Amar’s asking Bihari joyfully gives the land to Amar without charging a single penny. Amar tells his father that the only way to repay Bihari’s gesture is by making him a fifty percent partner in the profits of the hotel. Brij Bhushan with his calculative mind makes such an agreement by which he lawfully becomes the sole owner of the land. Bihari in good faith puts his thumb impression on the agreement.

The 5 star hotel gets ready- but on the opening day a certain section of people condemn Bihari’s place which is in the same premises of the 5 star Hotel as a black spot which must be demolished. Amar who is also convinced with the comments offer Bihari a new house and hotel in return. As Bihari is very sentimental about his hotel and place, he losses his temper and slaps Amar- This bores the seed of misunderstanding between the two friends.

Sudhir- one of the most trusted workers of Brij Bhushan is a corrupted man. He takes full advantage of the misunderstanding between the two friends and takes Brij Bhushan in his confidence, demolishes Bihari’s place and hotel by a bulldozer, putting the entire blame on Amar’s head, saying that Amar in a state of drunkness had ordered him to do so. Amar thinks he had ordered him to do so the pleads before Bihari that he will make back Bihari’s place and hotel with his own hands. But Bihari challenges him that he will not make one hotel but chain of hotels throughout the country and one day he will supercede Amar and be at the top. Bihari is given shelter by his most trusted friend Bhimji Nanji Premji Batiwada- a lawyer by profession.

In the meantime Sudhir’s activities are exposed before Amar, who sacks him and throws him out of his house. In order to avenge his insult Sudhir joins hands with Bihari as he was sure that the determination and fire in Bihari will take Bihari to the top.

As it is said fortune favours the brave, Bihari is sanctioned loan from the bank- He makes his first hotel, thus taking the first step up the ladder of success. On this dual moment of happiness he fixes up his sister Lalita’s marriage with Sudhir.

Amar and pregnant Jaya who have been also invited for the marriage are on their way- but Sudhir sets a trap as he does not want Amar to come face to face with Bihari’s mother. He is scared if they do meet, she may clear the misunderstanding between Bihari and Amar. In this trap Jaya is injured- Amar takes her to the hospital where she gives birth to a son and dies.

The determination and fire in Bihari enables him to climb further up. Lata gives birth to a baby girl, Jyoti. There is no end to Bihari’s joys. Sudhir takes advantage of Bihari’s illiteracy and gets blank papers signed from him, thus becoming Bihari’s equal partner.

Amar’s son- Kumar and Bihari’s daughter- Jyoti grow up and knowingluy their fathers are the greatest enemies of each other, they love each other and want to marry.

Did Amar and Bihari give their consent to this alliance? Did Bhari fulfill his vow? Did the misunderstanding between the two friends clear off? If it did- how? – See ‘KHUDGARZ’. 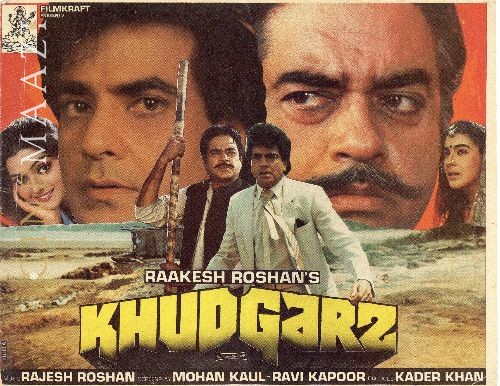 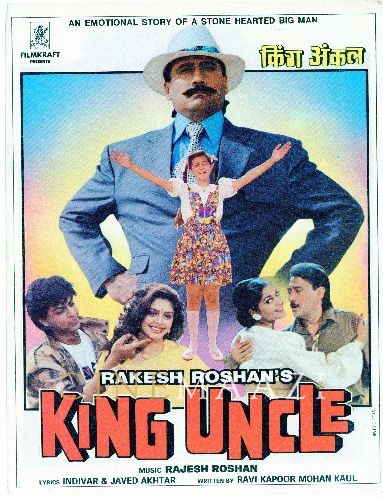 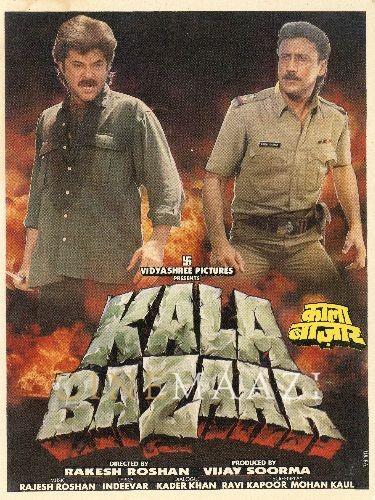 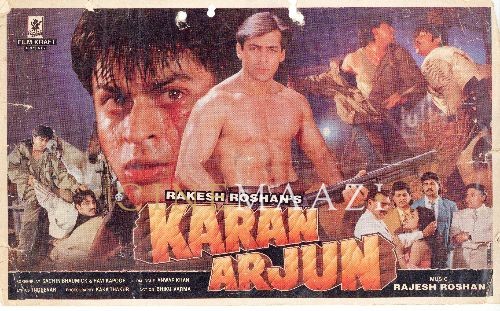