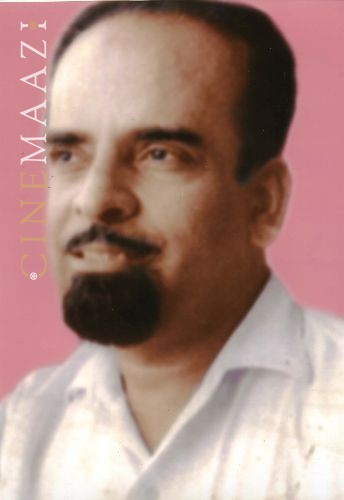 The name of Frank Fernand is forever etched in the hearts of Goans. In the late 20th century, many Goan musicians made it big in the Hindi film industry. Frank Fernand (a.k.a Franklin Fernandes), the brain behind two of Konkani cinema’s greatest films— Amchem Noxib (Our Luck) and Nirmon (Destiny) — was one such musician. Fernand received his initial music training from a local maestro, where he studied violin and trumpet. At just 16, he migrated to Bombay to study at Don Bosco, where the Salesians noticed his talent. Once discovered, there was no looking back. His first assignment was at Green's Hotel and the Taj Mahal under the leadership of George Theodore. After a brief stint in New Delhi, in 1946, he set out for Bombay again, to play in Mickey Correia's band. He played the cornet, cello, bass, and drums. This was the golden era of Indian cinema. Many music directors in Hindi films did not have formal training in music, and Goans filled that void. Fernand worked in the industry for 35 years and was involved in 70 films as a music conductor, assistant music director, and arranger. In 1948, he joined the popular duo Shankar-Jaikishan as a musician. Always proud of his work, he was particularly pleased to be associated with the success of RK Films’ Barsaat (1949) starring Raj Kapoor. He also worked with some of the biggest names of the day — Kishore Kumar, C Ramchandra, and many more. His last assignment was with Kalyanji-Anandji, as their first assistant.

In 1963, he produced and composed the music for Amchem Noxib (Our luck). The film was an instant hit among Goans and the Goan diaspora. He then proceeded to produce his second film, Nirmon (1966), which bagged the certificate of merit for regional films —the first of its kind for Konkani. Nirmon was later remade into Taqdeer (1967) in Hindi by Rajshri Productions which was later dubbed into many Indian languages. Besides these two films, he also provided the music for Mhoji Ghorkan (1969), Chor Darwaza (1965) and Gogola (1966).

With the success of two Konkani films, he ventured to produce a Hindi film — Priya in 1965. Its experimental tone failed to win favour at the box office. Undeterred by this setback, he produced another Hindi film— Aahat: Ek Ajeeb Kahani, which could not be released as the distributor was arrested. It was later released in 2010. In between his work for Hindi cinema, he also had time to participate in the tiatr Bekar Patrao (Unemployed Boss), which featured a ten-piece orchestra. Unfortunately, Fernand contracted Parkinson's in 1985 and after a long struggle with the illness passed away in 2007.