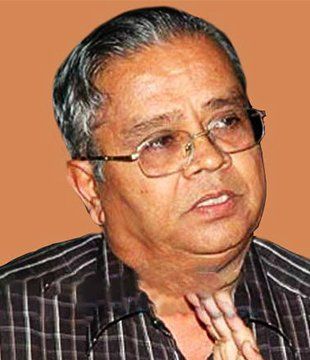 One could safely call him the master of remakes for the majority of his films were all inspired transposition from other languages into Kannada. Yes, Hunsur Ramachandra Bhagyachandra, known mononymously as Bhargava, basically a producer, came to be considered one of the best directors in Kannada cinema, having directed over 50 films in a long career of productive filmmaking.

Bhargava was born in Hunsur taluk, Mysore State (now Karnataka). He assisted the likes of Hunsur Krishnamurthy, Siddalingaiah, Vijay, Geethapriya, and K S R Das before branching out on his own into direction.

His association with many successful movies such as Bangaarada Manushya, Bhaktha Khumbara, Babruvaahana, Naa Ninna Marayalaare, Mayor Muthanna, among a host of others, ensured the aspirational Bhargava would one day, given the rich experience, become a famous director himself.

Successful directors he groomed under his tutelage include S Narayan, Phani Ramachandra, Chandrashekar Sharma, and others, who have all struck it on their own carving a niche for themselves in the Kannada film industry.

Besides the Kannada music duo Rajan-Nagendra, with whom he worked in more than 20 films, Bhargava also worked with noted music directors such as Laxmikant Pyarelal, Bappi Lahiri, Satyam, Gurukiran, etc.

Bhargava made his directorial debut in 1977 with Bhagyavanthru after having successfully produced eight films and striking it rich. His next, Olavu Geluvu (1977), along with Bhagyavanthru, is considered the best of his films that he directed.

Bhargava, who directed Ambareesh in seven, Anant Nag in four, Shankar Nag in two, and Shivarajkumar in two, produced seven successful films in his three decades of filmmaking. His 50th magnum opus, Ganndulgali Kumara Rama was a colourful historical flick.