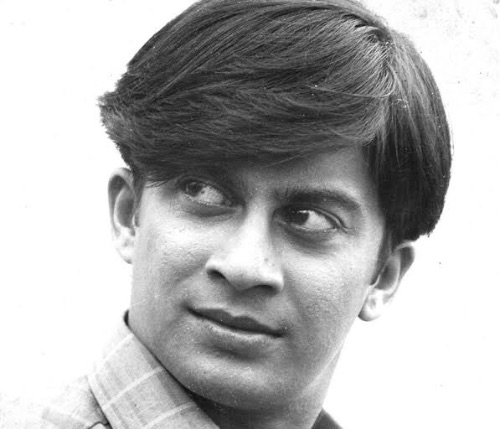 Though schooled in theatre, it was to cinema that Anant Nag was destined. The actor, who has straddled several languages, giving impeccable performances, winning laurels and an appreciative legion of audiences, was born Anant Nagarkatte on 4th September 1948.

The predominant work of the Konkani-speaking Anant Nag has been in the Kannada cinema. He has acted in Marathi, Tamil, Malayalam, Telugu and Hindi movies. Born in the Chowpatty area of Mumbai to Anandi and Sadanand Nagarkatte, he had his initial schooling in Uttara Kannada district of Karnataka since his family moved to Shirali, Bhatkal to settle down in their hometown.

Despite early schooling in a Catholic school in Ajjarkad, Udupi, Anant Nag’s grounding was well into the Hindu tradition of Vedas and other epic texts. Later on, he was to hone his education at Anand Ashrama in Dakshina Kannada, and thereafter, in Chitrapur Math in Uttara Kannada, districts.

With basic grounding received in the traditional Brahminical mould, the young Anant Nag, after his seventh grade, was packed off to Mumbai for further studies where he continued till Class 11. Thereafter, he was strongly drawn towards the vibrant theatre moment in Mumbai. He took to active theatre and was picked to act in Konkani, Kannada and Marathi language plays, till he turned 22.

Even as he was warming up to the theatre, the call of cinema came in the form of two film offers - P V Nanjaraja Urs’ Sankalpa and Shyam Benegal’s Ankur (1974). Debuting in the 1973 Sankalpa changed the course of Anant Nag’s career, more so with Benegal casting him in Ankur. He became a regular in Benegal’s films, drawing attention for becoming the dominant face of Indian alternative cinema along with other stalwarts. Simultaneously, he also navigated the regular mainstream Kannada films with the same felicity and facileness thereby straddling both the stools and schools of filmmaking.

After G V Iyer’s critically acclaimed Hamsa Geethe (1975), there was no looking back for Anant Nag who, along with fellow actress Lakshmi, became the hit pair of Kannada movies. The two acted together in over 25 films as romantic leads, based on T R Subba Rao’s novels and few directed by the director-duo, Dorai-Bhagavan. Anant Nag and Lakshmi became household names in Karnataka with audiences looking forward to films pairing them.

Ananth Nag’s facility with getting into the role was such that be it comedy, suspense thrillers or other different genres of commercial format, he fit them all perfectly. He also dabbled in television with his late brother Shankar Nag’s Malgudi Days teleseries.

Despite the thespian and matinee idol Dr Rajkumar holding sway, Anant Nag held his own, carving a niche for himself in the Kannada film industry.

So much so, in recent times, he is the toast of all newbie directors of Kannada cinema casting him in roles suiting his age. Anant Nag delivers each of the roles with the panache he is known for, carrying the fortunes of the film on his still sturdy septuagenarian shoulders.

Influenced by Socialism during his stay in Mumbai, saw Anant Nag turn strong supporter of the reformist movement and plunge into politics as star-campaigner for Janata Party in 1983, 1985 and 1989 elections. The corruptive ways of politics were not his cup of chai despite being in the cabinet as a minister. Inability to understand its devious demands, saw Anant Nag stick to films thereafter following his defeat to former Chief Minister S M Krishna in the 2004 assembly election when he fought on the Janata Dal (Secular) ticket from Chamarajpet Constituency.

It can safely be said that cinema was twice blessed with Anant Nag being disillusioned with politics. He took to films as easily as a duck to water and never dabbled in theatre again, having found his calling in films.