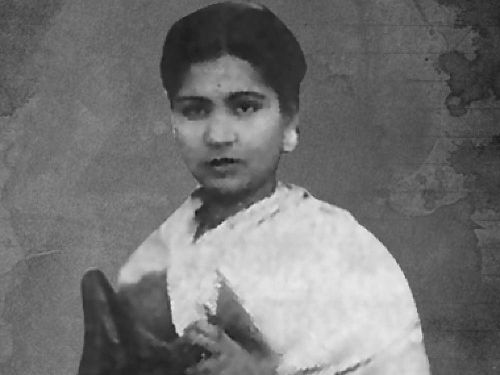 Hamida Banu was born on 19 October, 1928 in Lahore. Her family resettled in Bombay, when she was young. She was given a break by C Ramachandra on the recommendation of actor Bhagwan; however, her first song was released in the film Sanjog (1943) which was scored by Naushad. She rendered the song Kaun gali ka chhora pukare in the film.

Starting her career in playback singing for films while in her teens, Hamida Bano sang for Prithviraj Kapoor’s plays in Calcutta. She also appeared onscreen in a few films, on the recommendation of Kapoor’s son, Raj Kapoor. Making strides as a singer, by age 26, she had worked with leading music directors such as Naushad and Gyan Dutt.

Hamida Bano was, however, unsuccessful in carving a lasting career in the competitive realm of playback singing. Her last assignment as a playback singer was in 1954 for Majboori, which had music scored by Robin Chatterji. She moved to Pakistan in 1956. She also featured onscreen in the films Zara Bachke (1959) and Black Arrow (1965).