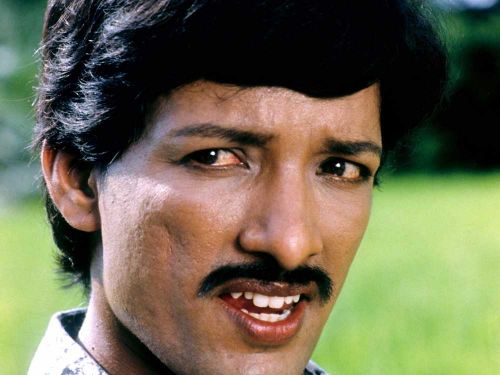 Given his own general features that were unconventional, comedy was his forte and he made the most of it. What however made Kashinatha Hathwara’s brand of comedy worth taking notice of - not only by the audiences which were a wholly new kind of experience but also the censors who had a tough time - was the risqué factor of it all.

With primarily below-the-belt dialogues and equally voyeuristic visuals to supplement it, Kashinath brought in a whole new genre of films into the Kannada film industry which was also transposed to other languages as well, given that most of them seem to have had the cash registers ringing.

Bringing onto public forum topics considered as taboo in an otherwise prim and proper society, his comedic films had a touch of educative elements in them as well. Right from the titles to the entire narrative and its goings-on, they caught the attention of the industry and society alike. His films seemed to have had audiences in a thrall thirsting for something that was different from the mundane being dished out.

Besides so-called sex comedies, Kashinath was also into suspense thrillers such as Aparichita that did well at the box office.

A career spanning over three decades saw Kashinath work in over 40 films, both acting and directing, and carve a niche for himself in the otherwise picky Sandalwood industry. Besides he was also credited with introducing and encouraging new talents such as Upendra, V Manohar, and Sunil Kumar Desai and other technicians who etched a name for themselves as well.

Kashinath came to be regarded as a disciplined and systematic filmmaker with strong technical knowledge, meticulously penning down the duration of film sequences, shot compositions, camera angles, and dialogue flow before their execution.

Debuting as director with the breezy, bawdy comedy Aparoopada Athithigalu (1976), Kashinath came into his own with suspense thriller Aparichita (1978), while before that he debuted as an actor in Anubhava (1984).

Among his other successful films were Anantana Avantara (1989), Avale Nanna Hendthi (1988), Ajagajantara (1991) and Hendathi Endare Heegarabeku (1995). Kashinath made a prominent return as an elderly jail inmate who is falsely accused of his daughter's death in Chowka (2017). His last film before his death in 2018, was Ol Muniswamy under production.

Born on 8th May 1951, into a middle-class Kannada Brahmin family in Markod village near Kundapura, to G Vasudeva Rao, businessman, and trader and homemaker mother Saraswathi, Kashinath was the second son of his parents with an elder brother in Sathyanarayana and younger brothers Dattatreya, Ravi, and Umapathi and kid sister Gayathri.

With the family moving to the capital city Bangalore while graduating, Kashinath made a short film Slip, and enrolled in a filmmaking troupe, Aseema along with contemporary filmmaker-actor and long acquaintance, Suresh Heblikar.

In 1976, borrowing money from his dad, he co-produced with P.R. Ramadas his directorial debut Aparoopada Athitigalu, a comedy-drama. His second, Aparichita (1978) was a suspense thriller that brought him wide appreciation and recognition. The film paved the way for similar thriller films, becoming a “trendsetter” in the Kannada cinema.

The success saw him direct its Hindi version as Be-Shaque in 1981, starring Mithun Chakraborty. In 1984, he took up acting, casting himself in Anubhava, widely acclaimed and considered bold for its time. Its Hindi remake Anubhav (1986) had Shekhar Suman and Padmini Kolhapure.

His third film Anamika (1987) could not repeat the success, while his next, Anantana Avantara (1989) found success. His romantic comedies include Avale Nanna Hendthi (1988), Avane Nanna Ganda (1989) and Chapala Chennigaraya (1990) - all commercial and critical successes. This back to back success made Kashinath one of the most sought-after actors in the 1980s era.

In 1991, he co-produced, directed, and acted in Ajagajantara. The comedy-drama meeting commercial success saw him adapt it in the 1997 Hindi film Judaai, starring Anil Kapoor, Sridevi, and Urmila Matondkar.

Besides featuring in a number of films with many popular directors in 1995, he acted and directed Hendthi Endare Heegirabeku, which was moderately successful. His subsequent films Baduku Jataka Bandi (1997), Hello Yama (1998), Chor Guru Chandal Sishya (1998), Rambhe Urvashi Menake (1999) and Maava Maava Maduve Mado (2000) failed. His next, Meese Hottha Gandasige Demandappo Demandu (1999) didn’t succeed either. He directed and acted in his last film Appachchi (2007). Kashinath was diagnosed with Hodgkin's lymphoma in mid-2017 and died on 18th January 2018 from cardiac arrest.