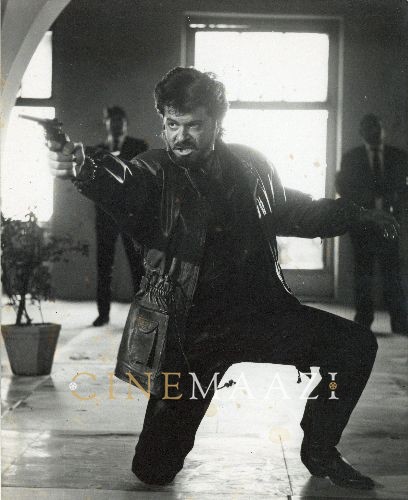 Anil Kapoor’s Yudh (1985) featured him delivering the line "Ek Dum Jhakaas", a phrase that has come to perfectly describe his own persona, loosely translating as ‘Simply awesome’. Impressing audiences with his youthful energy and engaging performances, actor and producer Anil Kapoor has featured in more than hundred Hindi films, in addition to international projects and TV series, over the course of his 40-decade long career. He has delivered some of his best performances in critically appreciated and commercially successful films such as Woh Saat Din (1983), Mashaal (1984) which bagged him his first Filmfare Award in the Best Supporting Actor category; the cult classic Meri Jung (1985); the charming Chameli Ki Shaadi(1986); Mr India (1987) which was the highest grossing Indian film of the year; Tezaab(1988) which was critically acclaimed and commercially successful and also won for Kapoor his first Best Actor award; the National award-winning Parinda (1989); the money-spinning Ram Lakhan (1989); Kishen Kanhaiya (1990); Ghar Ho To Aisa (1990); the much-appreciated Lamhe(1991); Beta (1992) which won him a Best Actor award and was the highest-grossing Hindi film of the year; 1942: A Love Story(1994); Virasat (1997) which won him the Best Actor Critics award; Pukar(2000), which earned him a National Film Award for Best Actor; Laadla(1994), and Nayak: The Real Hero (2001). He appeared in an international film for the first time with Danny Boyle's multiple Academy Award-winning film Slumdog Millionaire, also sharing the Screen Actors Guild Award for Outstanding Performance by a Cast in a Motion Picture. He also received rave reviews in the American press for his performance in the eighth season of action series 24. Honoured with multiple awards including two National Film Awards and six Filmfare Awards, he continues to experiment with roles, and also turned producer in 2005.

Born on 24 December, 1956 to Nirmal and film producerSurinder Kapoor in Chembur, Bombay, Anil Kapoor was the second of four children, including Boney Kapoorand Sanjay Kapoor. Educated at Our Lady of Perpetual Succour High School, Mumbai followed by St. Xavier's College, Mumbai, he first appeared on screen in a minor role in Umesh Mehra's Hamare Tumhare (1979). Starring as a lead actor in the Telugu film, Vamsa Vruksham (1980) directed by Bapu, he also acted in two Hindi films the same year—Ek Baar Kaho (1980) and Hum Paanch (1980). M. S. Sathyu's Kahan Kahan Se Guzar Gaya (1981) was next, followed by a small role in Shakti (1982). The following year, he made his Kannada film debut with Mani Ratnam's Pallavi Anu Pallavi(1983). Anil Kapoor grabbed eyeballs for the first time with his  leading role in Woh Saat Din (1983), a Bapu directorial featured Padmini Kolhapure and Naseeruddin Shah. Making a further impact with Yash Chopra's Mashaal (1984), he won his first Filmfare Award for Best Supporting Actor, playing a stubble-wearing ‘tapori’ or street thug. More success followed with Yudh (1985) and Saaheb (1985), crowned by a Filmfare award nomination for his angry young lawyer role in Meri Jung (1985). Thus, was his name firmly established in the industry as a versatile and hit actor, a star.

The year 1986 saw Kapoor deliver a hit with Karma (1986), the biggest success of the year, essay a young playboy with Feroz Khan in the hit Janbaaz(1986), enjoy another hit inInsaaf Ki Awaaz (1986 ) withRekha, and display his comic chops in the Basu Chatterjeedirectorial Chameli Ki Shaadi (1986). The following year, came with even bigger bounty—the lead role inShekhar Kapur's Mr. India (1987), which was the biggest hit of the year, launching him into superstardom. Making an impact inMahesh Bhatt’s Thikana(1987), the following year he received his first Filmfare Best Actor Award for Tezaab, the biggest blockbuster of 1988. Other films he made an impact with were Umesh Mehra’s actioner romance Kasam(1988), Ram Lakhan which became the second highest box office earner of 1989; Parinda, in which he played the vulnerable innocent man who pays a heavy price; and Eeshwar (1989) which saw him play a person with autism.

The 90s saw him play a dual role in the very successful Kishen Kanhaiya (1990) followed by Ghar Ho To Aisa (1990). However, he also hit a bad patch with films like Awaargi(1990), Jamai Raja (1990) and Jeevan Ek Sanghursh (1990) sinking at the box office. Lamhe, a success overseas, saw him delivering a restrained performance as a middle-aged man in what is considered one of Yash Chopra's best films to date. He won his second Filmfare Best Actor Award for his performance inIndra Kumar's Beta (1992), which was the biggest blockbuster of the year opposite Madhuri Dixit. His comic performance in Khel was appreciated, even if his reputation as biggest star of the time was trounced by the colossal flop that was Boney Kapoor's Roop Ki Raani Choro Ka Raja (1993). WhileNitin Manmohan’s Laadla (1994) was a hit, he further impressed in 1942: A Love Story (1994). If there were flops such as Trimurti (1995), he also saw successes such as Gharwali Baharwali (1998),  Loafer(1996) oppositeJuhi Chawla, Judaai(1997),Deewana Mastana (1997), Biwi No.1 (1999) and Hum Aapke Dil Mein Rehte Hain (1999). Applause came for his performance as a zealous, crooked musical superstar in Taal(1999), as well as his admirable act in Virasat (1997).

The new millennium saw Kapoor win his first National Film Award for Best Actor for Rajkumar Santoshi's critically acclaimed Pukar ( 2000). More appreciation followed, for films such as Hamara Dil Aapke Paas Hai (2000), Rakesh Roshan’s Karobaar (2000), and a resounding performance in Shanker's Nayak (2000). Excelling in his portrayal of a fat man in Badhaai Ho Badhaai (2002), he delivered another thumper in Indra Kumar’s Rishtey (2002), and in Om Jai Jagadish (2002). He also impressed alongside Amitabh Bachchanin Armaan (2003), Calcutta Mail (2003), Musafir (2004), My Wife's Murder (2005), which he also produced, and Anees Bazmee's hit comedy No Entry (2005) which became the highest-grossing film of the year.

While the thriller, Chocolate (2005) saw him play a grey character, he was appreciated in Salaam-e-Ishq: A Tribute to Love (2007) which was a box office hit overseas, and also featured in Anees Bazmee's Welcome (2007), the biggest success of the year. While he garnered appreciation for his understated performance in Subhash Ghai's Black & White, he had a box office hit in Abbas Mustan's thriller, Race (2008), even as his return to Yash Raj Films with Tashan (2008) failed to sustain at the box office. He hit bullseye with his first English language film, Danny Boyle’s Slumdog Millionaire (2008), which won numerous international awards and rave reviews, also bagging Kapoor a nomination for Best Ensemble at the Black Reel Awards of 2008 and a Screen Actors Guild Award win for Outstanding Performance by a Cast in a Motion Picture.

More international fame followed in 2010 with Kapoor starring in the eighth season of the American television series 24. He essayed Omar Hassan, President of the fictional Islamic Republic of Kamistan.

Tezz (2012) earned him favourable reviews from critics, with special compliments for his ability to not repeat himself as well as to perform high-octane action despite the advancing years, while his performance as the straight-shooting cop in Shootout at Wadala (2013) reminded audiences why he was a superstar in the 80s.
Kapoor stepped into film production with the comedy Badhaai Ho Badhaai (2002), in which he also starred, followed by other productions My Wife's Murder (2005), and Gandhi,

My Father (2007) which focuses on the relationship between Mahatma Gandhi and his son Harilal Gandhi and was awarded the National Film Award – Special Jury Award/ Special Mention. His production Shortkut: The Con Is On was followed by Aisha (2010), starring daughter Sonam Kapoor which fared moderately at the box-office.
He also has playback singing credits to his name for the title track of Chameli Ki Shaadi (1986), Tere bina main nahin for Woh Saat Din, I love you from Hamara Dil Aapke Paas Hai, and the rap to introduce his character in Tashan, titled Bhaiyaji ka tashan. 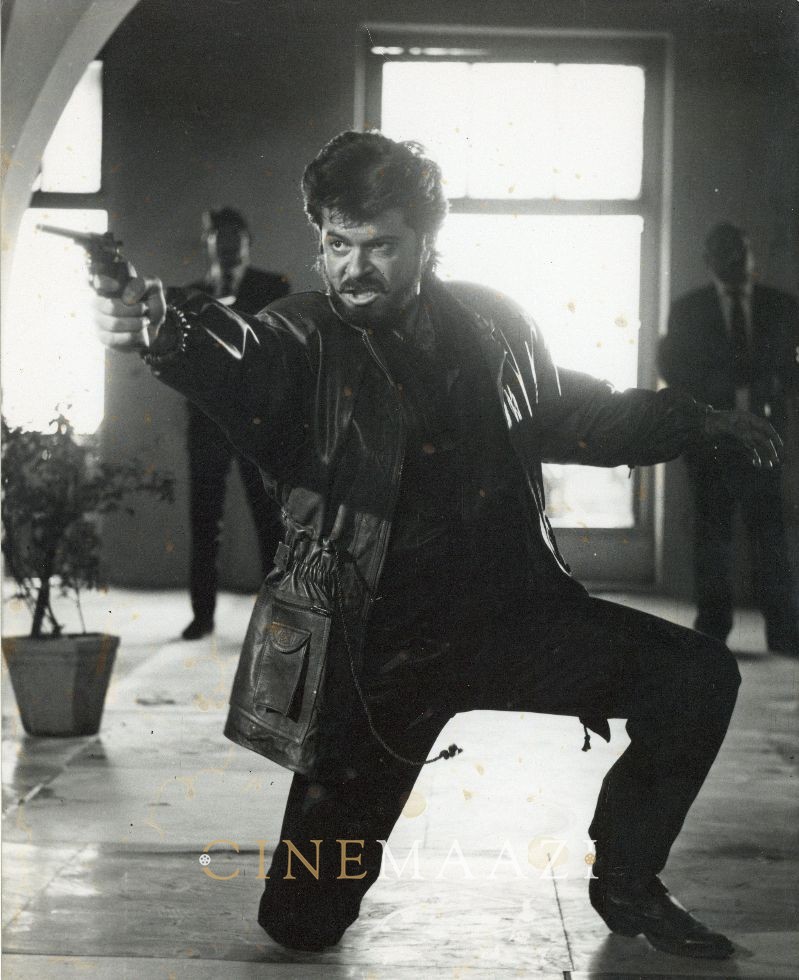 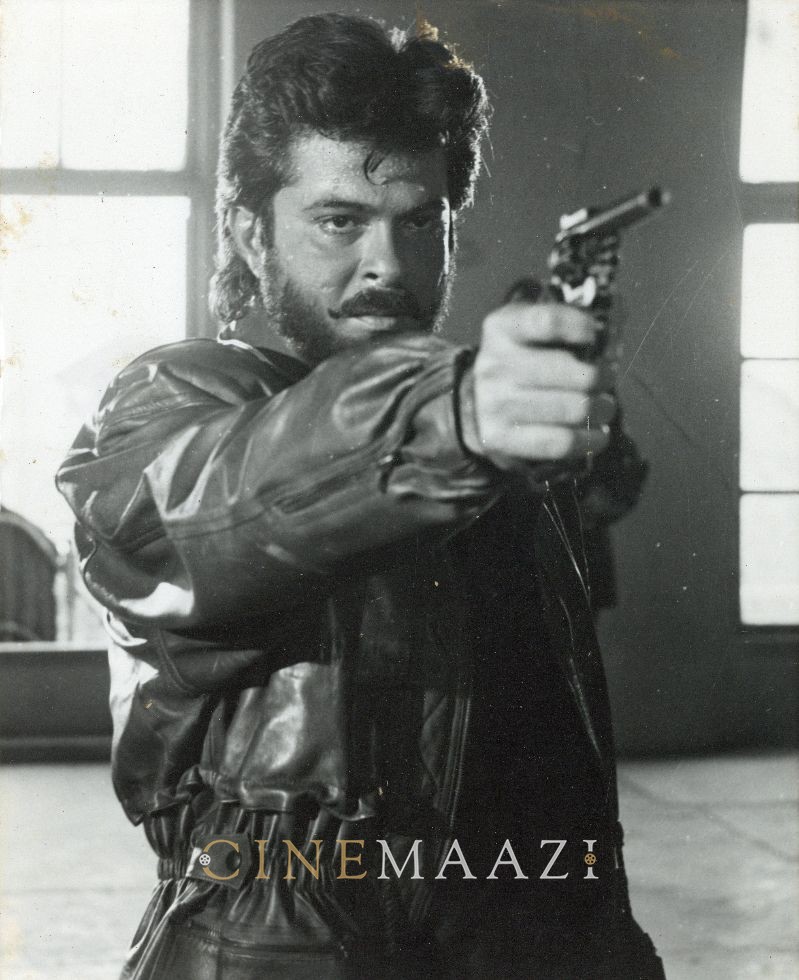 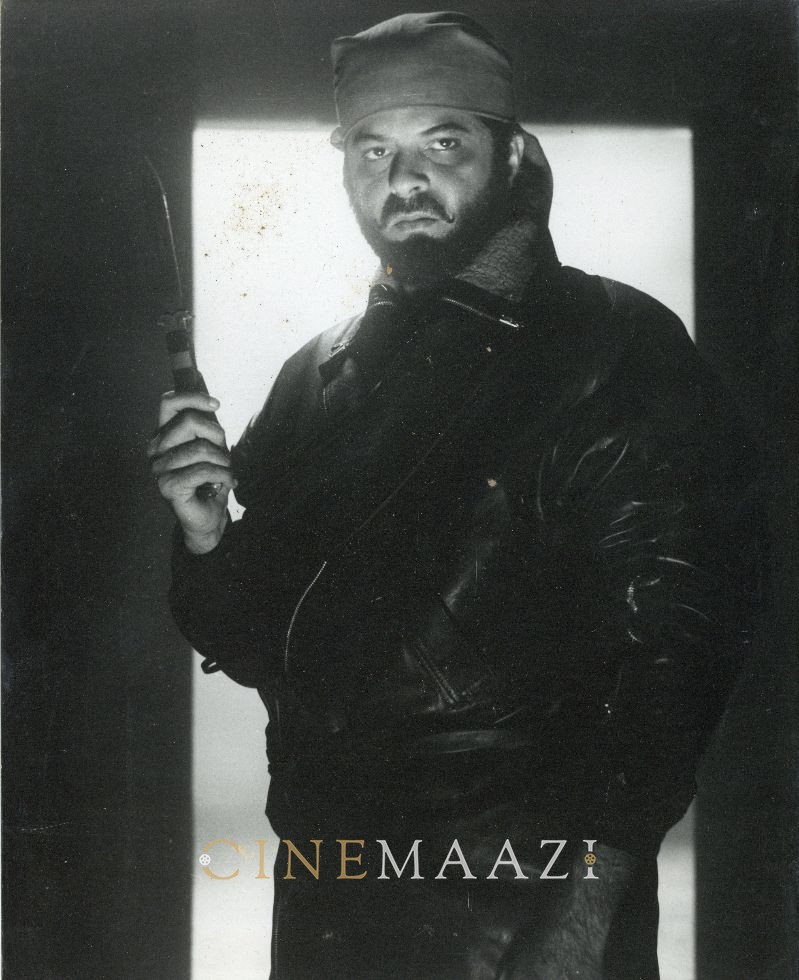 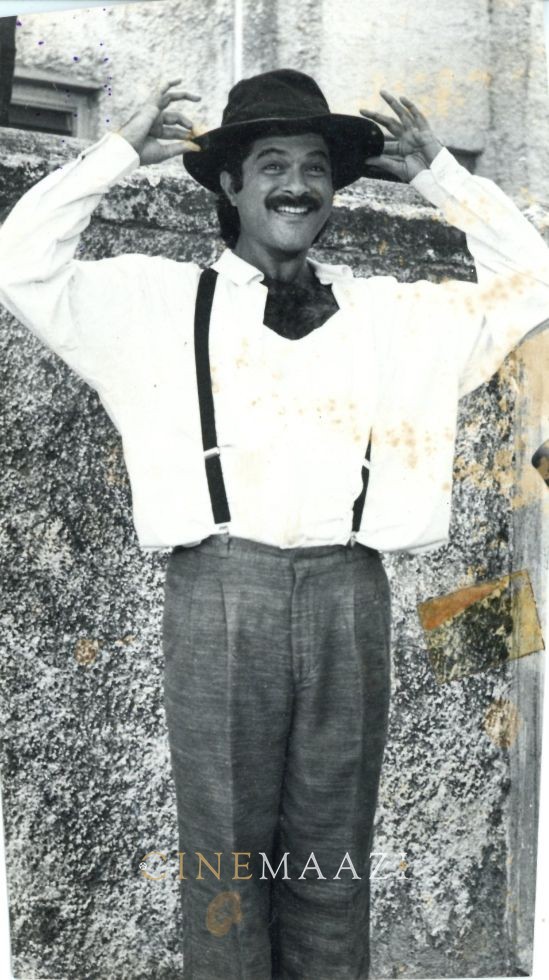 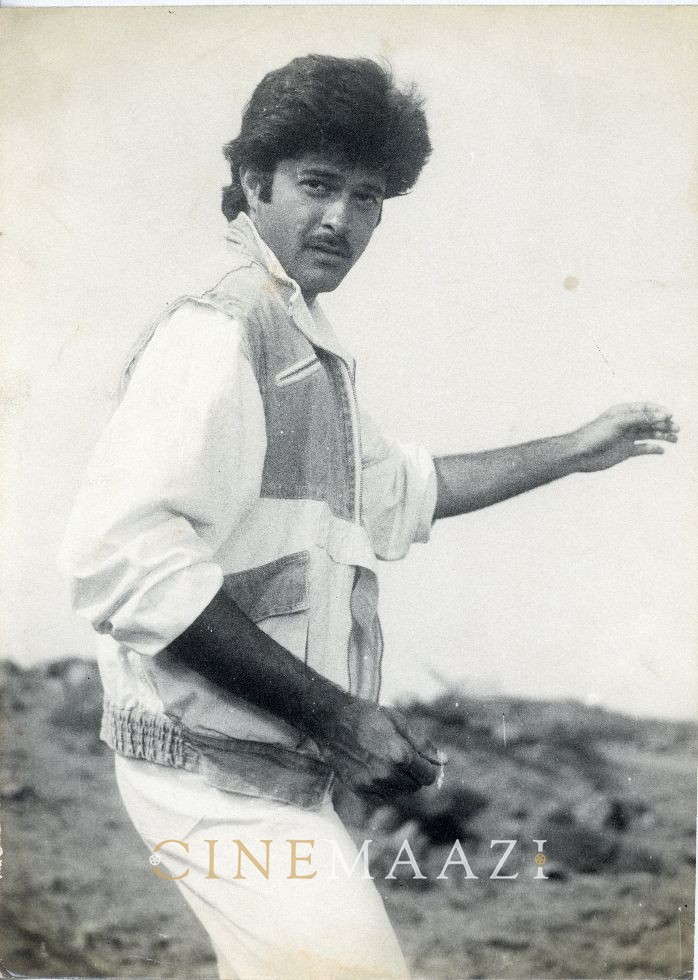 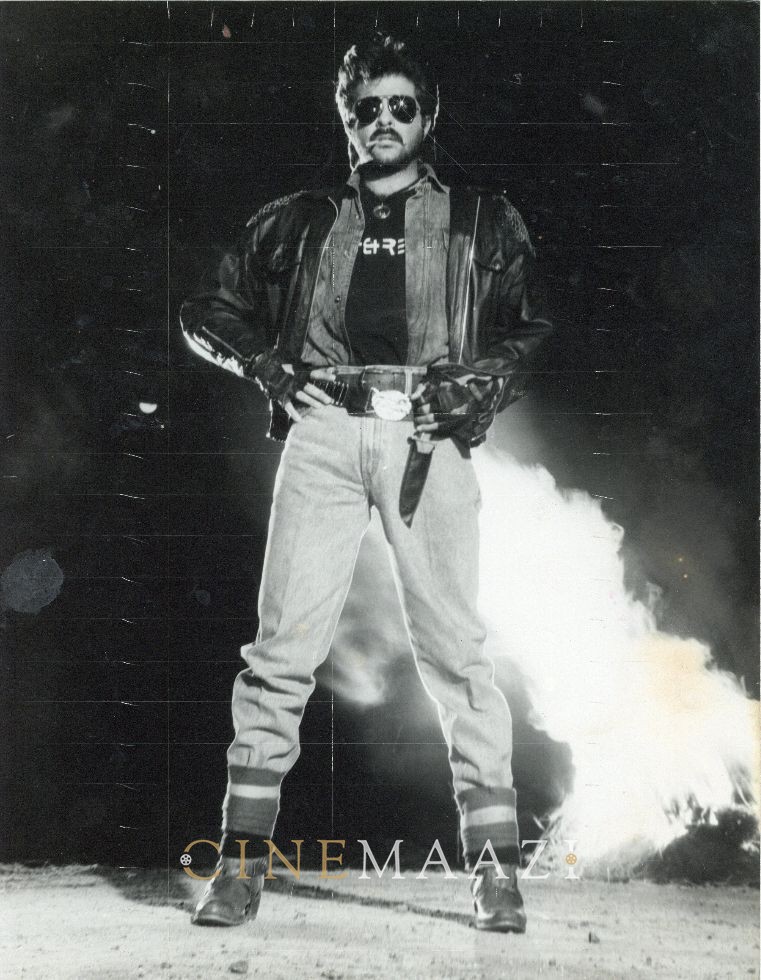 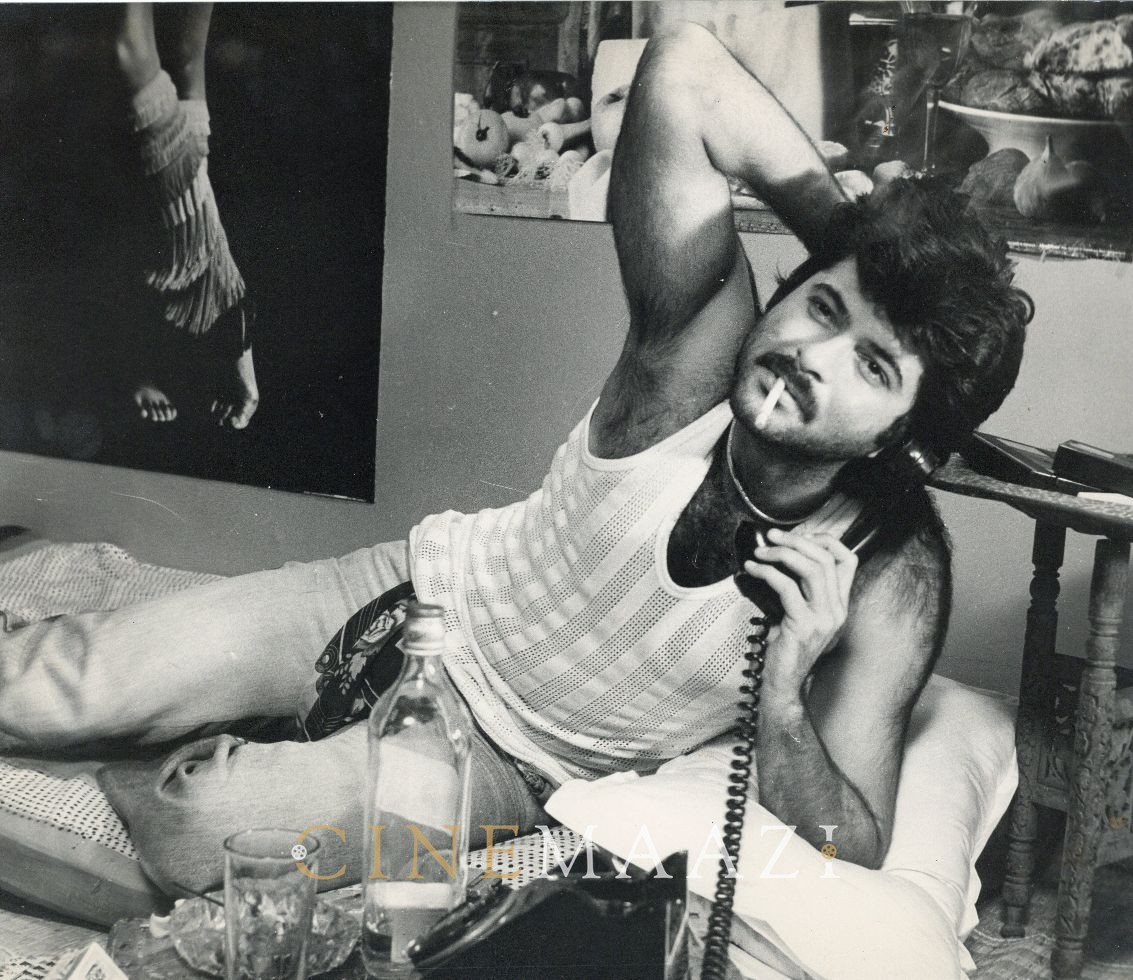