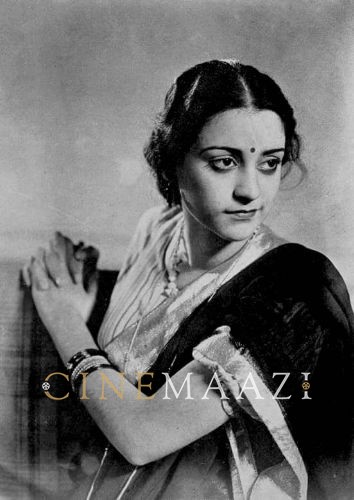 Known at the very beginning of her career as the “Beauty Queen”, Naseem Banu soon came to be known as the “first female superstar of Indian cinema”. At the peak of her career, even her car breaking down during an outdoor shoot meant the gathering of a huge crowd, all willing to help, so much so that they even helped push the car to the nearest police-station.
Born on 4 July 1916 in Delhi, Naseem was christened Roshana at birth. Her parents came from illustrious backgrounds: her father was Nawab Abdul Wahid Khan of Husnpur, and her mother the renowned Shamshad Begum, known popularly as the singer Chhamian Bai. Their only child, Naseem was brought up in the lap of luxury, and in her own words, her parents denied her nothing. She was educated at Queen Mary’s High School, and her mother hoped she would go on to become a doctor. The young Naseem, however, was taken with the exciting new medium of cinema and became an adoring fan of the actress Sulochana (Ruby Mayers). While on a vacation in Bombay, she pleaded with her host to take her to the studios until he relented. With him, she went to see the shooting of Silver King (1935) starring Motilal and Sabita Devi, which prompted her to continue visiting the studios. Though she got a number of offers at the studios, her mother was firm—she did not want her daughter to be a screen artiste, then a much reviled profession.
At the time, legendary filmmaker and actor Sohrab Modi was on the lookout to cast a young actress as Ophelia in his adaptation of an Urdu play, Khoon Ka Khoon, based on Shakespeare’s Hamlet. The beautiful Naseem with her delicate yet chiseled features, and large expressive eyes, seemed the perfect fit for the role, and he made her an offer. Sixteen years old and new to the tinsel world, Naseem was set on the role, and her tears and threats of starvation forced her mother to relent. Naseem came to Bombay and stayed with Sohrab Modi’s family while shooting for Khoon Ka Khoon (1935), a film in which she was noted more for her extraordinary beauty than her developing acting skills. When she returned to continue her education, however, she was turned away by schools and colleges for having stooped to acting as a profession. Determined now to become an actress, Naseem Banu signed a long-term contract with Sohrab Modi’s Minerva Movietone in 1936.
For the next few years, Naseem acted in a few films under the banner like Khan Bahadur (1937), Meetha Zahar (1938), Talaaq (1938) and Vasanti (1938). Of these Khan Bahadur holds an important place in Indian history as the first Muslim social, while in Talaaq, Naseem played the unusual role of a woman who chooses to divorce her husband. Her big break came with the 1939 release Pukar, directed by Sohrab Modi. Cast as the powerful empress Noor Jehan, Naseem Banu played her role to perfection opposite Chandramohan’s Jehangir. With resplendent sets, intricate costumes and a philosophical rumination on justice, Pukar still remains one of the best historical films to grace the Indian screen. Naseem put a great deal of effort into preparing for her role. She went riding every day to maintain her figure, and underwent training to be able to sing for the film. One of the songs she lent her voice to, Zindagi ka saaz bhi kya saaz hai, became immensely popular.
The roaring success of Pukar meant that Naseem was soon inundated with offers from other studios. Though Sohrab Modi refused to release her from her contract, she broke away from Minerva Movietone to work with Circo Productions. Under this banner, she started shooting Mumtaz Mahal and Cleopatra, but both the films remained unfinished when the company closed down. Naseem Banu also worked with Filmistan for a while, playing the lead opposite Ashok Kumar in Chal Chal Re Naujawan (1944).
In 1940, Naseem’s childhood sweetheart Mohammed Ehsan returned to India and the two were married. Together, they started their own production house, Taj Mahal Pictures and produced a number of films under the banner such as Ujala (1942), Begum (1945), Mulaqat (1947), Chandni Raat (1949) and Ajeeb Larki (1952). By now, Naseem’s famed beauty had earned her the sobriquet of ‘Pari Chehra’ (fairy-faced), and in Chandni Raat and Shabistan (1951), she was cast opposite a hero ten years her junior. Her lovely features were not all she was endowed with. She wowed audiences with her acting chops in Sheesh Mahal (1950), playing the daughter of an impoverished aristocrat clad in simple sarees and devoid of finery. Nausherwan E Adil (1957) is said to have been her last appearance on screen, though some sources also claim that she appeared in small roles in films like Pakeezah (1971) and Loha (1986) later. Towards the end of her acting career, Naseem also appeared in some action and fantasy films including Sinbad Jahaaji (1952), in which she played a pirate, and Baghi (1953).
When Naseem’s daughter Saira Banu made her film debut with Junglee (1961) opposite Shammi Kapoor, Naseem Banu turned dress designer for her, dressing her in intricately embroidered sarees and salwar kameezes. Saira Banu soon inherited her mother’s title of Pari Chehra as well. Supportive of her daughter’s career and her choices, according to some sources, Naseem Banu encouraged her when she decided to marry Dilip Kumar, more than 20 years her senior.
Leaving behind a glorious legacy dating from the early days of Indian cinema, Naseem Banu passed away at the age of 85 in Mumbai on 18 June 2002. 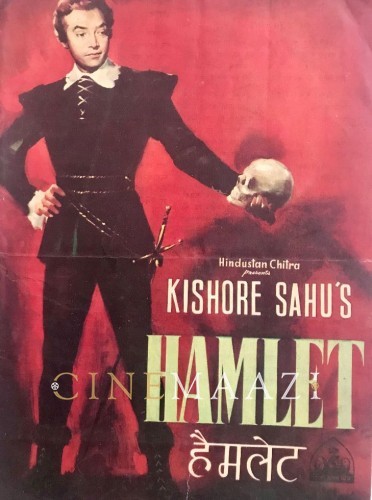 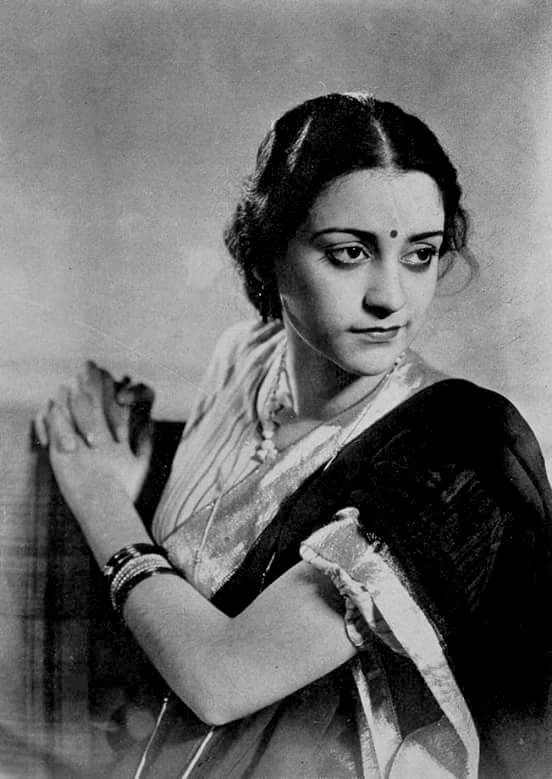 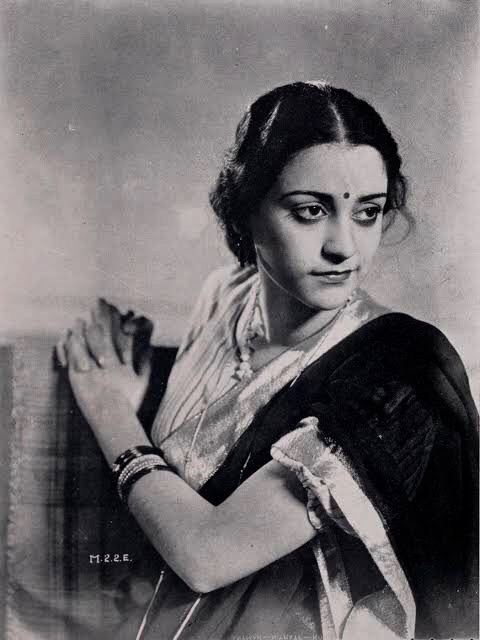 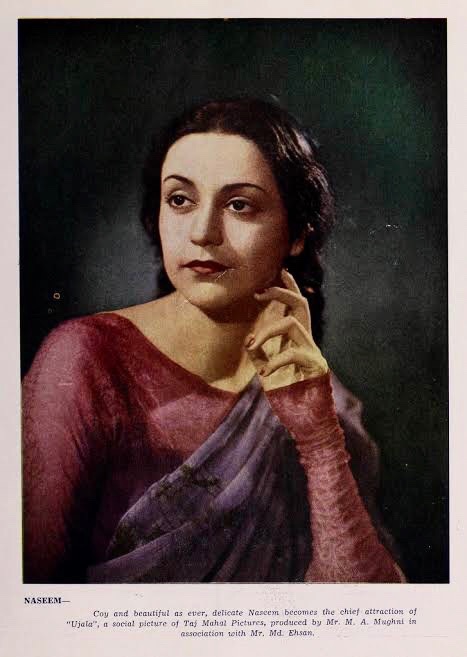 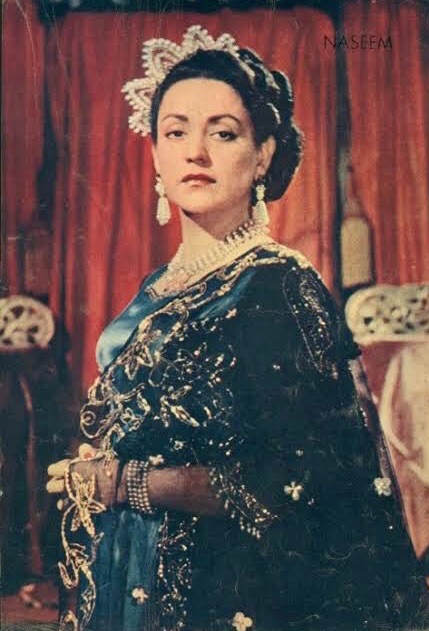 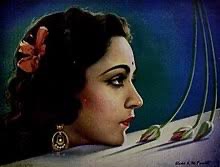 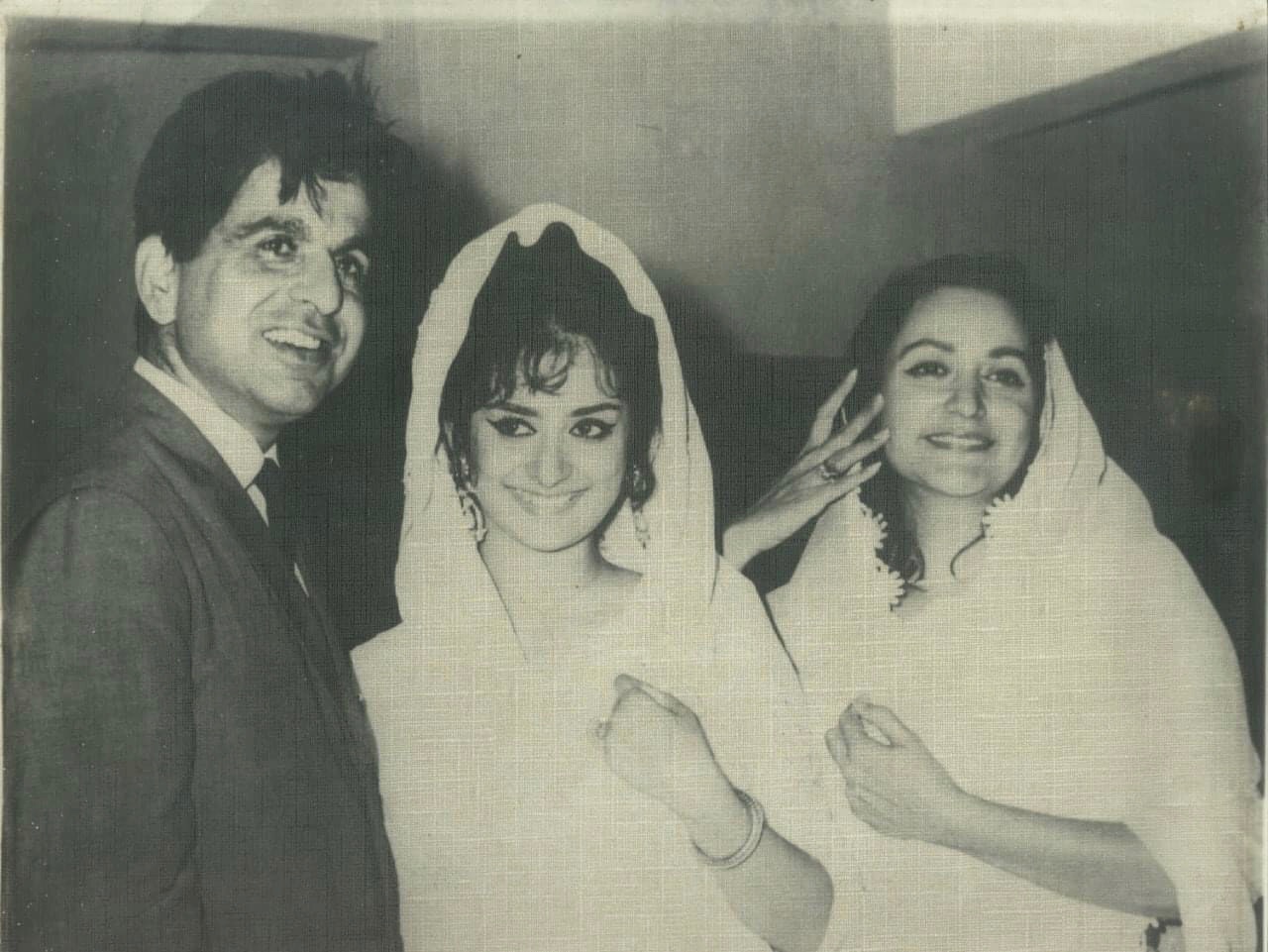 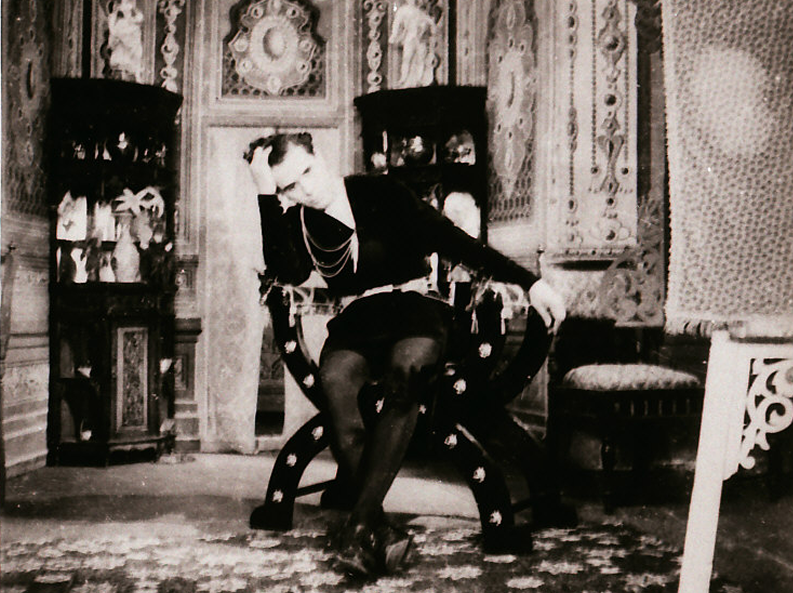 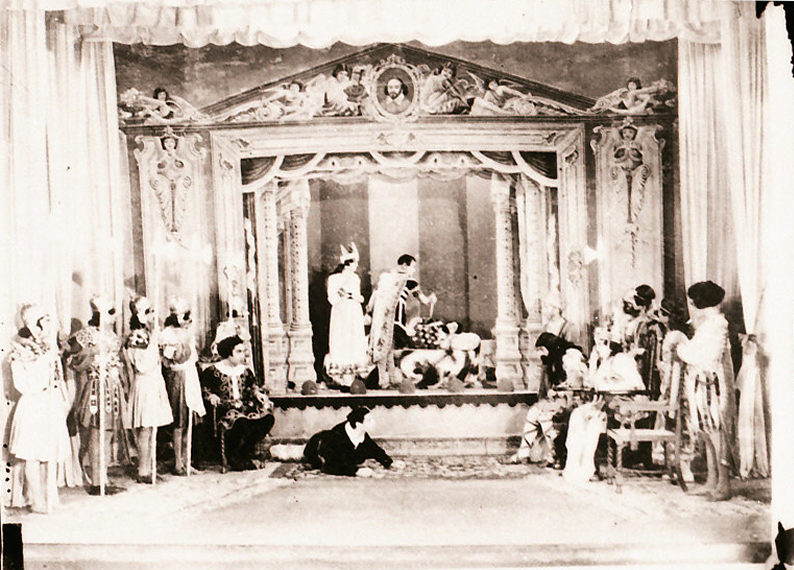 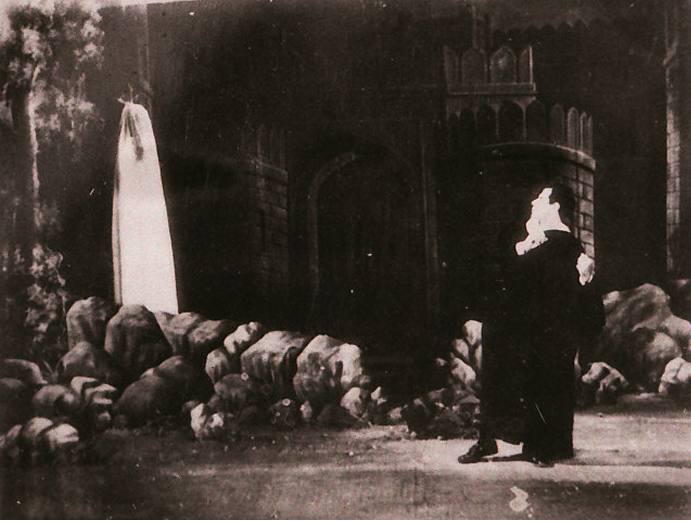 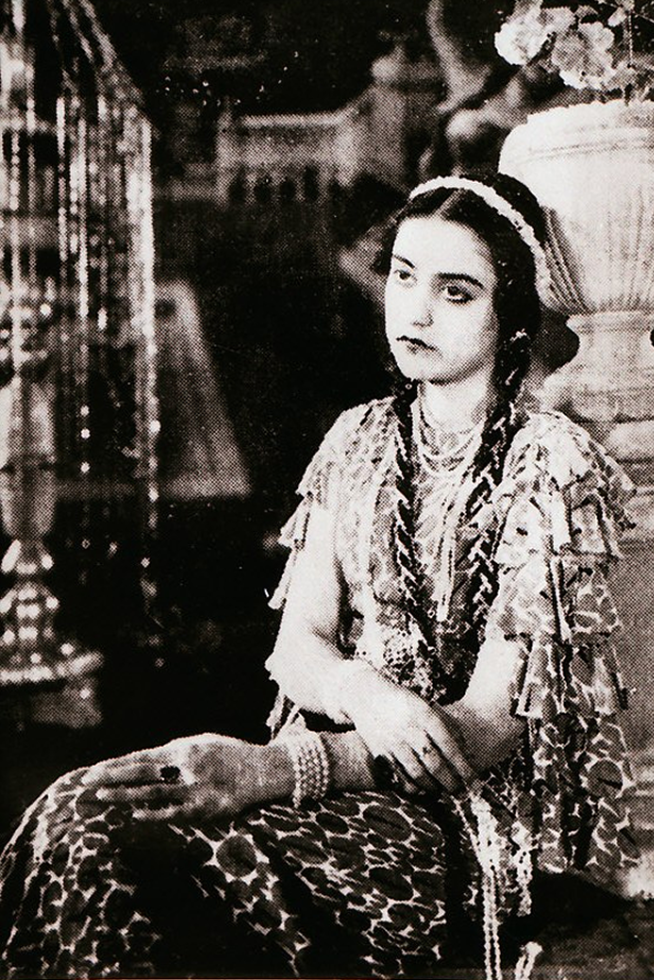 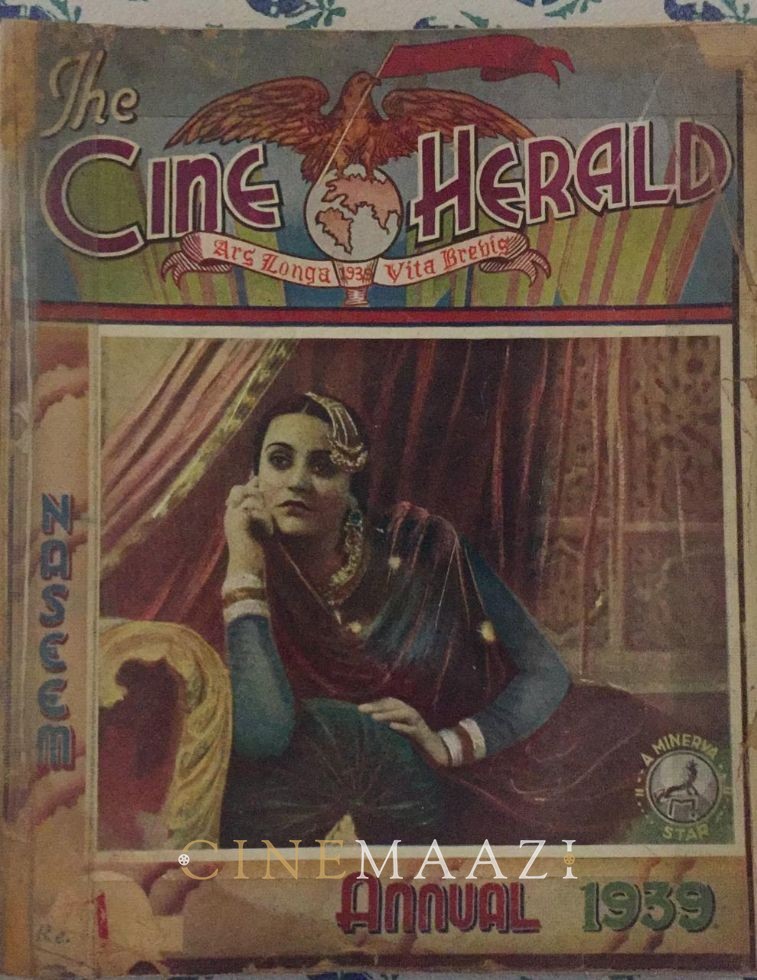 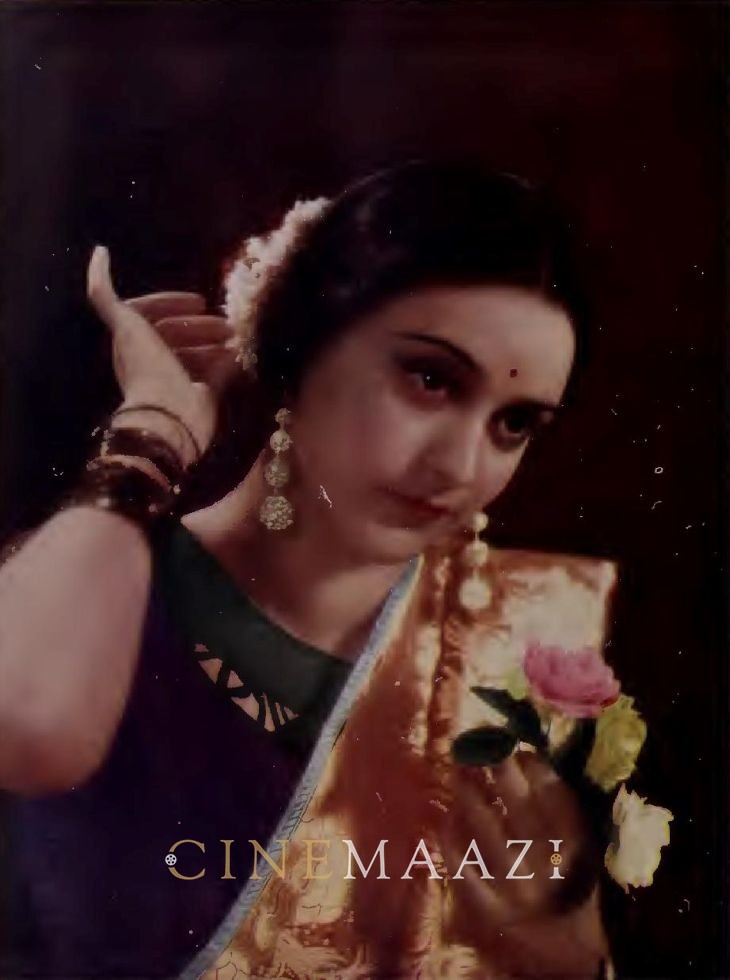