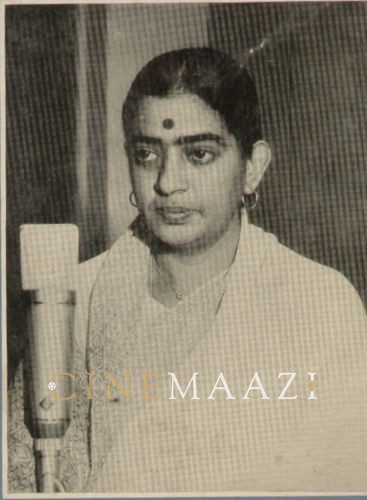 Considered one of the greatest female playback singers in the history of South Indian cinema, Pulapaka Susheela better known as P Susheela has rendered several memorable songs of Tamil, Telugu, Malayalam, Kannada, Hindi and Sinhalese cinema. Her rich, reverberating and resonant voice has brought to life innumerable lyrics, portraying the right emotion underlying each word, and endearing them to listeners. A legendary Indian playback singer associated with the South Indian Cinema for over six decades, she is acclaimed for defining feminism in South Indian cinema, as a singer. She is well known for her mellifluous vocal performances for more than 40,000 film songs across South Indian languages. Her songs such as Paal polave, Sonnadhu nee thana, Malai pozhudhin mayakathile, Mannavane azhalama, En uyir thozhi, Aalayamaniyin osai, Un azhagai kanniyargal, Brindavanamum nandakumaranaum, Thottal poo malarum, Thangathile oru, Kanavu kanda kadhal, Ponmeni thazhuvamal, and Ninaika therindha maname remain popular in Tamil Nadu. She has also been recognised by both the Guinness Book of World Records and Asia Book of Records for singing the most number of songs in Indian languages. While the Guinness Book of Records has officially credited her for singing 17, 695 songs (solo, duet and chorus backed songs) in twelve Indian languages, she has been recognised by the Asia Book of Records for singing close to 17, 330 songs. Apart from being immensely popular with the masses as well as the critics, she won the National Award for Best Singer five times, in addition to various State Awards in Tamil Nadu, Andhra Pradesh and Kerala, besides several Lifetime Achievement Awards and Honorary Doctorates. She was also awarded the Padma Bhushan by the Government of India for her contribution to music.

Born on 13 November, 1935 in Vijayanagaram into a music loving family, her training in Carnatic music began at a very young age. Attending the music college at Vijayanagaram, she passed her diploma with first class. Her career began when music director Pendyala Nageswara Rao, scouting for new singers in 1950, approached All India Radio (AIR) for recommendations of talented singers from their programmes. Susheela was among the five singers sent by AIR, and post the auditions she was the one chosen by Nageswara Rao.

In 1950 she rendered her first female duet – Jaya jaya sri maalva raja kulamani with A.V. Saraswathi for the Telugu film Adhrushta Deepudu (1950) and in Sri Lakshmamma Katha (1950). For the film Petra Thaai (1952) in Tamil (Kanna Thalli in Telugu) with A Nageswara Rao and G. Varalakshmi in lead roles, she sang her first duet with A M Raja – Edhukku azhaithaai for the film.  The songs that she rendered in Kanavane Kan Kanda Dheivam (1955) brought her well-deserved popularity and accolades, especially songs like Endhan ullam thulli vilyaaduvadhum, and Unnaik kan thedudhe which displayed her talent for rendition. The film Missiamma (1955) further increased her popularity. She won applause for Brindha vanamum nandha kumaranum and Ariyaa paruvamada set to the Carnatic raga Karaharapriya.

Susheela’s presence dominated the music scene, relegating hitherto popular voices to the background. A Tamil teacher had been appointed by AV Meiyyappan, the owner of AVM Studios where Susheela was employed, to help perfect her pronunciation in the language. This helped her develop a clear pronunciation in every language she sang in, further boosting her quality as a singer already blessed with immense musical talent and a unique voice. By the mid to late 1950s, she began her reign over the realm of Tamil cinema playback singing, powered by the immense success of her songs. Creating a vast repertoire, her fame spread across the world of celluloid in South India, and she became the most sought after vocal artist over the next six decades, earning a place all her own in the hearts of the elite and the masses. Susheela’s career peaked in the 1960s and early 1970s. Every leading music director in Tamil, Telugu, Malayalam, and Kannada cinema worked with her. It was as if only she could do justice to their compositions—and she did. Practically every Tamil film made during these years had to include the voice of P Susheela.

After 1986, Susheela became selective about film songs but continued to have hit film songs till 2005. The passage of time and changing trends in film music saw her take a backseat when it came to playback singing. As she explained in a newspaper interview, audiences currently crave excitement in films in the form of murder, fights, and romance. The same excitement is expected in music as well, with the emphasis being more on music and the lyrics often possessing double meanings. Simple, sweet songs of her days were a thing of the past, she opined. She slowly shifted her focus from films to devotionals and light music, though she continued to get to sing melodious film songs from 1984 to 1999. She also concentrated on stage shows across the world where she was invited by many associations to perform for their organised shows. In the realm of non-film music, she recorded more than 1000 devotional songs for various audio companies as well as private albums, which achieved wide popularity.

P Susheela’s work has been painstakingly catalogued by fans under psusheela.org, which comprises the songs that she has sung over the last few decades. In an interview, she noted that while a talented singer could shine quickly in current times, back in the day the process was slow and she had to work her way up, step by step. She also credited her husband, a doctor, for her success, adding that he was the cornerstone in her life, and made immense sacrifices in order to ensure she carved a great career in playback singing.