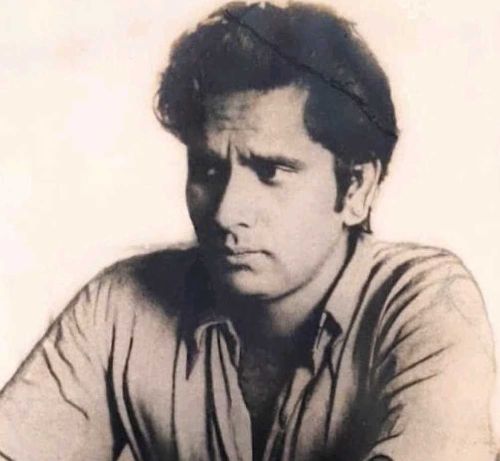 Poet and lyricist Ramesh Shastri did not have a long tenure in Hindi films; yet he remains memorable for his lyrics for the evergreen hit song, Hawa mein udta jaaye from Barsaat (1949). Among the other films he penned lyrics for are Usha Haran (1949), Ram Vivaah (1949), Har Har Mahadev (1950) and Jai Mahaakaali (1951).

Ramesh Shastri was born on 2 August, 1935 in the erstwhile Bombay presidency in what is modern-day Gujarat. Hailing from village Diyor in Bhavnagar, he moved to Benaras to study Sanskrit. Acquiring his degree of Visharad, he went on to complete his PhD in Sanskrit, and became a Sanskrit teacher. However, his life was to take a different turn. Actor-filmmaker Raj Kapoor, who was making his second film, Barsaat (1949), had decided to launch a talent hunt. Kapoor placed an advertisement in the newspapers revealing he was looking for songs for his next project. This advertisement was spotted by the young Benares-based Shastri. He sent in some of his poems and lyrics to Raj Kapoor, one among which happened to be Hawa mein udta jaaye. The song was not only selected but went on to become one of the more memorable songs of all time. It was rendered by Lata Mangeshkar. The film itself, Barsaat became a massive hit, breaking the box-office collection record of Hindi cinema's first blockbuster hits, Gyan Mukherjee’s Kismet (1943). The song penned by Shastri played a considerable role in the film’s popularity and success.

Inexplicably, Shastri was not able to capitalise on the brilliance shown in his maiden attempt. He was said to have been invited several times by Raj Kapoor to settle in Bombay but he was unwilling to make the permanent move. Content to lead a simple life, he went on to pen the lyrics for songs in a few films such as Usha Haran (1949), Ram Vivaah (1949), Har Har Mahadev (1950) and Jai Mahaakaali (1951). Some of his songs include Kankar kankar se mai poochhun from the Jayant Desai-directorial Har Har Mahadev, rendered by Geeta Roy, which also became popular. Among the songs he penned are Gun gunjan karta bhawra sung by Geeta Dutt, Tim timatim tim timate tare, Man na mane, Duniya meri basane wale rendered by Asha Bhosle, Aaj mere jivan ke nabh me chayi hai andhiyari, Raat suhani khili chandni neel gagan lehraye, and Roop anup suhaye kamariya nagin si.

Shastri also wrote the lyrics for a few devotional songs. He penned these bhajans under the pen name Ramsharan. They were aired on Radio Ceylon. Continuing to teach in college, he retired from service in 1990. Ramesh Shastri passed away on 30 April, 2010 in Ahmedabad.