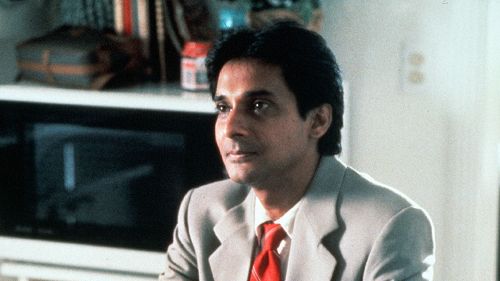 One of the first actors to make a mark in Indian diaspora cinema in the west, Ranjit Chowdhry is remembered by Indian audiences for the small but memorable roles he played in middle cinema films in the 70s.

Born on 19 September, 1955 to veteran theatre practitioner Pearl Padamsee, Chowdhry also had Alyque Padamsee as a stepfather. Schooled at Campion School, Mumbai, he soon embarked on an acting career. His film debut came in Basu Chatterjee's comedy Khatta Meetha (1977). He followed it up with roles in Baton Baton Mein (1979), Khoobsurat (1980), Chakra (1981) and Kaalia (1981). In the early 80s he moved to the United States and began acting there. He acted in Siraj Ayesha Sayani's Hungama Bollywood Ishtyle (1978). It earned him the appreciation of Mira Nair who had first seen him during an intercollegiate theatre competition at IIT Kanpur. He also met Deepa Mehta through mutual friend Neelam Mansingh Chowdhry. He wrote and starred in Mehta's Sam & Me (1991), in which he delved into his own experiences as an immigrant. The film won an honourable mention at Cannes Film Festival. He appeared in Nair's Mississippi Masala (1991). Some of his other notable films include It Could Happen To You (1994), Bandit Queen (1994), Camilla (1994), Fire (1996), Kama Sutra: A Tale of Love (1996), Autumn in New York (2000), Bollywood/Hollywood (2002), Kaante (2002) and Last Holiday (2006) among others. He also appeared in popular television series like The Office and Prison Break.

Known to be a witty and enigmatic individual, he was close to both Nair and Mehta. He was admitted in Breach Candy Hospital, Mumbai on 14 April, 2020 due to a ruptured ulcer in his intestine. He breathed his last on the following day.