In the final/end analysis "Chakra" is a film which cannot be defined and labelled into any category of Indian Cinema. It is indeed an original cinematic creation where influences of other directors and other genres are not evident. Perhaps a new genre of Indian cinema will emerge after "Chakra".

"Chakra" is a portrayal of the urban proletariat in a big city-portrayal of poverty stricken, migrant, victimised and exploited people, common to the big cities of India.
The only home young Benwa  (Ranjit Chowdhry) and his mother Amma (Smita Patil) have is a decrepit pavement hut; the only life they know is one of poverty and violence, patched with a few pleasurable moments of food, drink and love-making. Amma dreams of escape from the crowded pavement of a shack of her own, and a child by her truckdriver lover Anna (Khulbhushan Kharbanda). Benwa drams of being like their popular friend Looka (Naseeruddin Shah), who can handle any situation with the flick of a knife or the flash of a smile.

"Chakra" basically is a story of a woman. A woman's search. A search for shelter. A search for security. A search for fulfilment and a home of her own. The film begins with a flash back of Amma's early life. A series of incidents are portrayed depicting her life of peace and harmony with her first husband Sunka (Dilip Dhawan). At this moment her husband goes to the local money-lender to borrow money for a gold chain to present to his son on his first birthday ceremony. The money-lender however acquiesces because he lusts after his young wife. While Sunka is away one day, he waylays her on the pretence of repayment of the loan and attempts to rape her.

Sunka having returned stumbles on the scene and instinctively enraged kills the money-lender. In desperation the young couple and their child flee the village and arrive in Bombay penniless and without means labourers breaking stones for road building at paltry wages. The flash back ends with scene where Sunka attempts to steal some in sheets from a railway goods yard to make a small hut for his family. Here he is caught by the railway police and while attempting to escape is shot dead. Time passes. We now see Amma living in a slum off a busy highway in Bombay. She has somehow managed to support herself and is helped by Looka (Naseeruddin Shah) who is the slum overlord. He is also her lover but their relationship is purely physical. "Chakara" also attempts to explore the different relationships between man and woman which exist when there are no middle class standards or values.

Amma's other lover is a truck driver Anna who visits her occasionally enroute his long trips. She finds emotional strength and security in Anna and hopes that one day he will marry her and start their own home.
Her son, Benwa has grown up and he hero worships Looka. Benwa finds in Looka certain kind of a father figure. He tries to immitate his life style and attitude to life. Looka has been externed from Bombay for looting a gain shop during a political rally. On one of his visits to the slum he takes Benwa on a tour of good city life. They eat, drink, gamble, visit whores as a part of a normal days routine. Looka has dabled in all kinds of activities from leading the slum dwellers to running an illicit distillery and pimping.

The film is episodic in nature and despite its narrative structure does not have a conventional story form. A series of incidents occur which are normal everyday events common to any slum in a big city. The canvas of characters is large and everyday events common to any slum in Bombay are reproduced true to life. Eventually the film leads upto a climatic point where Amma and Anna have their own home but only for a short while Looka has the police raid his illicit distillery and destroy his entire operation. Looka is left alone and desperate, without money to buy his necessary medication. Driven by pain in desperation he stabs the chemist, steals the medicines and seeking refuge, hides in Amma's new hut. The police eventually track him down to the bt and after resisting the police. Benwa and Looka are badly beaten up and arrested. During the struggle, Amma has a miscarriage and Benwa's newly wed bride is left alone and helpless. The next morning Anna arrives to find that the warehouse owner who had loaned them the premises orders them to evict immediately.

On the ther hand, meanwhile the authorities have ordered the previous slum to be demolished. The film ends with a bulldozer razing the slum to the ground. Once again the slum dwellers are left without any hope-victims of a repressive political system.

The film vividly evokes life in the Bombay street slums and raises some basic questions about human existence and current social and political problems. 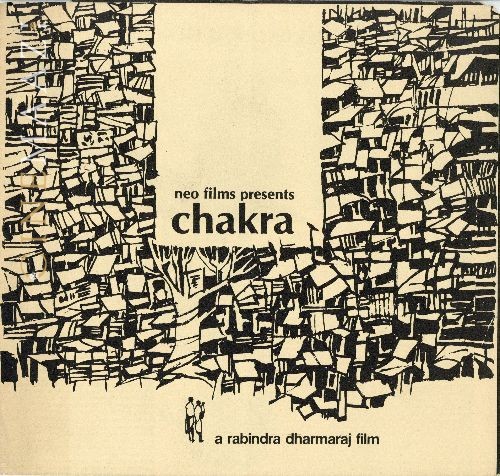 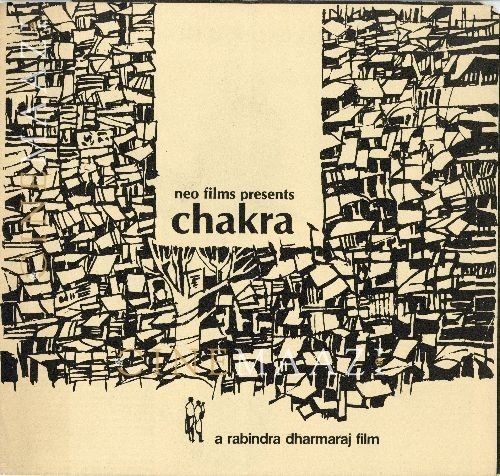