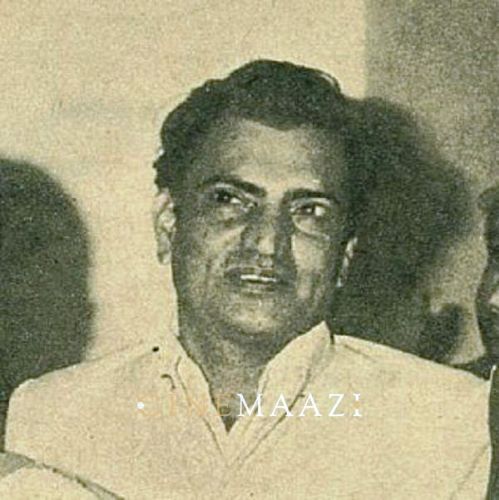 A man of formidable skill as a writer, Vrajendra Gaur was an established journalist in Lucknow, who also wrote novels and short stories on the side. His destiny, however, lay in Mumbai, where he became a lyricist, dialogue writer, story writer and a screenplay writer for a number of hit films from the forties through to the seventies.

Born in Etawah in Uttar Pradesh on 1 April 1924, Vrajendra Gaur travelled to Lucknow to pursue his education, where he became a part of literary circles. He also started receiving training in the fine arts. When he tried his hand at writing song lyrics successfully, his confidence began to grow. He became a published author in 1936, when his poem was published in the Janmat newspaper. He continued to write song lyrics and stories, but realized that this would not be a sustainable source of income for long.

To earn his livelihood, Vrajendra started writing for newspapers as a journalist. He was such a prolific writer that Lucknow’s famous author Amritlal Nagar was familiar with his gift for words. When Nagar moved to Mumbai for work, he asked Vrajendra to join him there as well. With the film Sawan (1945), Vrajendra’s lyrical dialogues graced the Indian screen for the first time. He became disappointed with the manner in which dialogues were delivered on screen, however: actors would often improvise their lines during shooting. Disillusioned with the way in which the film industry operated, he returned to Lucknow, where he started writing for the radio as well as print.

Soon, he was asked to return to Mumbai to write lyrics for Virendra Desai’s movies. Following this, he wrote the lyrics for some more films before returning to Lucknow again. Desai liked his work so much that he requested him to compose the song lyrics for his film Gunjan (1948). This time, he began to collaborate with Virendra Desai not just as a lyricist, but also as an assistant director. Soon after, he also became associated with the director Amiya Chakravarty, and wrote the dialogues for his films Girls School (1949) and Gauna (1950). He also wrote lyrics for films like Kafila (1952) and Zalzala (1952).

With Sangram (1950), starring Ashok Kumar and Nalini Jaywant, Vrajendra’s dialogues reverberated across the nation to great acclaim. Sangram’s roaring success meant that offers to write dialogues and lyrics began to line up at his door, but Vrajendra had other plans. He wanted to put his experience as an assistant director to use by directing a film himself. By 1954, his directorial debut Kasturi was released, for which he also wrote the dialogues and lyrics. After the release of Kasturi, Vrajendra gradually confined himself to writing stories, screenplays and dialogues for films. A string of hit films flowed from his pen over the next few years: Parineeta (1953), Howrah Bridge (1958), Insaan Jaag Utha (1959), China Town (1962), Jaal Saz (1959), Jaali Note (1960), Jhumroo (1961), Saraswatichandra (1968), Shikari (1963), Sawan Ki Ghata (1966), Kati Patang (1970), Sharmeelee (1971), Anuraag (1972), Warrant (1975), Guide (1965), Geet Gaata Chal (1975), Dulhan Wahi Jo Piya Man Bhaaye (1977) and Ankhiyon Ke Jharokhon Se (1978), among many others. The last film he wrote for was the Amitabh Bachchan-Zeenat Aman starrer The Great Gambler (1979).

He won two Filmfare Awards - Best Screenplay and Dialogue for Dulhan Wahi Jo Piya Man Bhaaye. He was not fond of actors changing his dialogues and often felt disillusioned by the film industry, even returning to Lucknow twice early in his career. Although he had a major role to play in the screenplay of many of his films, he was usually only credited with the dialogue. He was adept at creating a rich and diverse tapestry of characters in his films.

He left an indelible mark on the history of Hindi literature as well. He was already a writer of six volumes of short stories by the age of twenty. The two collecions - Kalkatte Ke Qatl-e-Aam and Parole Par were based on the Quit India Movement and were subsequently banned by the British government. He was also the editor of the magazines Prakash, Jai Hind, Trishak, Pratibha and Gram Sudhar. For two years he worked as a translator in the Civil Secretariat at Lucknow. It was his play Dhai Lakh  that convinced Motilal to give him a chance in the film Sawan.

With a long career spanning nearly four decades, Vrajendra Gaur passed away in Mumbai on 7 August 1980. 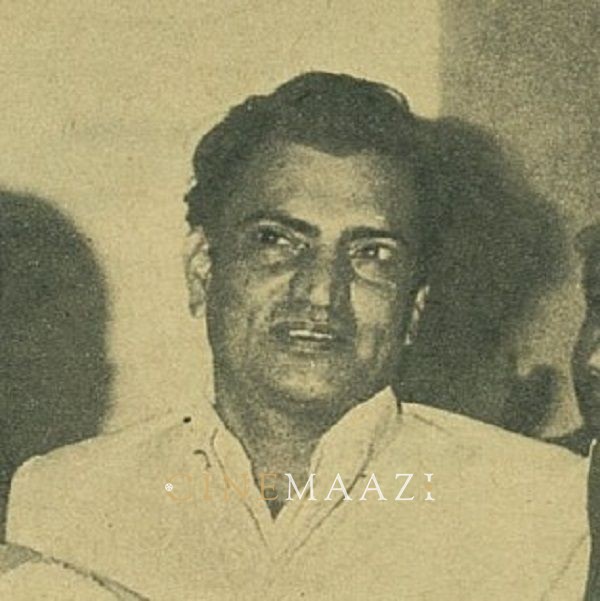