An Overview of Assamese Cinema-1994 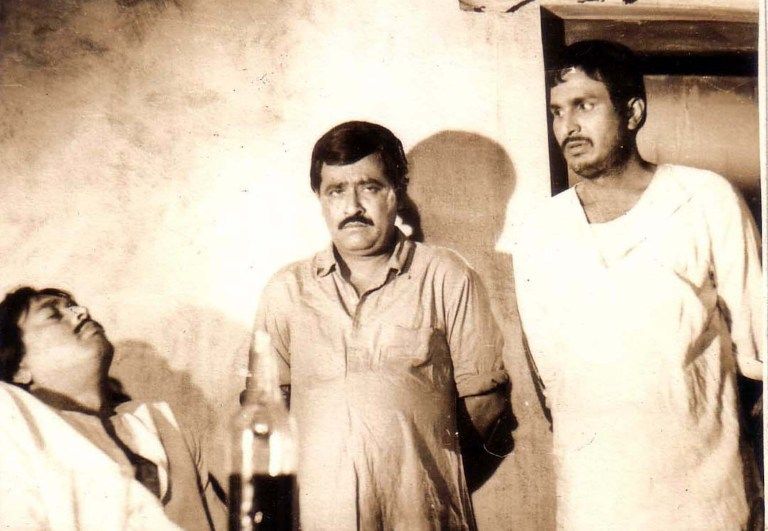 Assam however, was never a prolific producer of films although its film industry is nearly 60 years old. Its annual production rate has varied from three to six films for all these years. At present, the lack of political stability in the state has certainly caused much uncertainty in business and trade circles. Private financiers are, naturally, fighting shy of making investments. To make it worse, the Assam State Film Finance and Development Corporation, a State Government body set up to finance and promote Assamese films, is now in a bad shape. It is almost defunct.

This is the situation, despite the fact, the State Government, in its endeavour to promote cinema, has been refunding entertainment-tax collected during the first 12 months from any Assamese film, to the producer concerned as a grant-in-aid. A Government-owned studio (with a black-and-white processing laboratory and editing facilities) is also there for the benefit of the film-makers. Of course, the market for Assamese cinema is very small, having about 200 cinemas in all.

Further, the National Film Development Corporation (NFDC) of the Government of India has financed so far Jahnu Barua's Aparoopa in 1982 and Bonani (1990) and Manas Kanya (1985).

It must be said to the credit of the people (and their culture too) of the states of the North-East belt of India that the overwhelming sex-and-violence formula of out "All-India Film", that is, Hindi commercial film, could not hold appeal to them and failed to make inroads into their film cultural milieu. Not that efforts were not made, but they all failed to capture the minds of the audience. It might be, as in Bengal, that the audience in Assam has double standards of appreciation, one for Hindi commercial films and the other for Assamese films and they want their own films to be free of any touch of profanity.

The first Assamese film drew on literary and historical sources Joymoti (1935) directed by the pioneering, much talented Jyoti Prasad Agarwalla. Later, it turned to its rich natural beauty, which was portrayed with its equally rich musical heritage on the sound-track (Era Bator-Sur songs of the Deserted Path) 1956, directed by Dr. Bhupen Hazarika. Still later; it looked up to Calcutta and Bombay.

For a length of time till recently, the Assamese commercial cinema has, in the main, sought refuge in the sentimental, tear-jerker stories like its counterpart in Bengal or has copied song-and-dance Assamese versions of Hindi commercial films. However, an underlying social message has always been there.

In the late seventies, Atul Bordoloi's Kallol (1979) and Padum Barua's Ganga Chilonir Pakhi (1976)  showed much improvement in form and content, but it was left to the now well-known director, Dr. Bhabendra Nath Saikia, a Professor of Physics turned film-maker, to break away with this familiar mould and herald the Assamese "New Cinema" in 1977 with his film Sandhya Raag. It was about a pitiful tale of two village girls caught in whirlpool struggle for life.

In all his later films, Anirban (1981), Agnisnan (1985), Kolahal (1988), Sarathi (1991), which are all national award-winners, Saikia studied the social situation in terms of human relations, human sufferings with an obvious sympathy for women in most of his films. His Agnisnan is a major work in that respect. This year, he has made Abartan (1993) again a story of a woman's struggle for freedom from a complex situation for a better life and it has been selected for this year's Indian Panorama, (IFFI, Calcutta).

Saikia was soon joined by Jahnu Barua, a graduate in science and again a graduate in Film Direction from FTII, Pune. With fresh talent, he brought a new way of looking at life through contemporary issues: the political movement in Assam in the early eighties (Papori, 1986), politicisation of a simple farmer (Halodhia Choraye Baodhan Khai, 1987), preservation of environment (Sanani, 1989). His first film Aparoopa (1979), which dealt with the loneliness of a woman married to a tea-planter got the National Award and his Halodhia Choraye.. received the Golden Lotus at the National Film Festival in 1988 and the Silver Leopard at the Locarno International Film Festival same year. Bonani got the National Award for the best film on environment in 1990. He made Firingoti in 1991 and this year he is still working on a film on the life of the martyr, Kushal Konwar of the 1942 Quit India Movement.

Young and talented Sanjib Hazarika, whose debut film, Haladhar (1992) got a National Award last year, is due to start shooting of his next film, Meemanxa (1994) in a short while. Charu Kamal Hazarika, a promising film-maker, whose Baan (1986) and Aloker Ahwan made under University Grants Commission's ERPC scheme, is now busy with a TV serial. Siv Thakur, who has made several features and documentaries, is now working on another documentary with finance from the State Government.

Hemen Das, whose film, Jooj (1990) received a national award a few years ago, is now working on a children's film, Gorokhiya. Two other children films are being made: Atikram by Brigu Phukan and the other Sreeman Mymon by Brojan Bora.

Some important Assamese directors have made or are making films for Doordarshan.

Ranjit Das, an assistant of Jahnu Barua, has now made his first film, Pratyabartan this year. The film tells the story of a man's return to sanity and innocence, after leading a life of hiking up to the position of an industrialist through corruption and malpractices. All these film-makers whose films have been blowing fresh winds in the Assamese cinema, are hopes of Indian Cinema too.

This article was originally published in Indian Panorama'94. The images used in the article are taken from the internet and were not part of the original document.

Other Articles by Ajoy K Dey

An Overview of Oriya Cinema-1994