Jyotiprasad Agarwala, the father of Assamese cinema, pursuing his education in Kolkata, Edinburgh and UFA in Berlin, made the first Assamese talkie Joymoti (1935) under the banner of Chitralekha Movietone.He built up an impoverished film-studio in the midst of a lush green tea garden, Bholaguri Tea Estate, owned by his family near Tezpur town. Named Chitraban, the studio was a concreteplatform, large in size with open-air enclosure of bamboo mats and banana stumps. The studio, equipped with laboratory and sound recording facility, was inaugurated by Jyotiprasad’s father Paramananda Agarwala in 1934.

The film was premiered on 10thMarch, 1935 in the Rounak Mahal, Calcutta. Lakshminath Bezbaroa inaugurated the film, and the guests like Pramathesh Barua, Prithviraj Kapoor,Kundan Lal Saigal, Devika Kumar Basu,Dhiren Ganguli, and Phani Majumdar were present.The filmwas released on 20th March, in Kumar Bhaskar Natyamandir, Uzan Bazar, Guwahati - Assam. It was based on Lakshminath Bezbaroa's play Joymoti Kunwari (1915), which was about the 17th century Ahom princess, Joymoti.The setting of the film had to be designed showing the 17thcentury Ahom royal palace. Jyotiprasad himself designed the Ahom royal palace with bamboo and banana stem.

The total amount invested inthe film was a sum of Rs 50,000, but it suffered a loss of approximately Rs 28,000. People liked its theme but due to the lack of clarity in the dialoguedue to a technical snag, it failed to attract the audience. Lahore based sound recordist Faiz Mohammad was responsible for this disaster.

The film features Aideu Handique as Joymoti, Phani Sarma as Gathi Hazarika, Porushuram Barua as Godapani, Naren Bordoloi as Lora Raja, Prafulla Chnadra Barua as Borgogai, Swarga Jyoti as Dalimi, Muhini Rajkumari as Rajmao, Subarna Rekha Saikia as Seuti, Samsul Hooda as Nenai spy. Jyotiprasad later re-edited his film Joymoti in 1948 in Calcutta with the addition of new songs. A new set of people were engaged in the re-editing venture like Santosh Banerjee as the sound recordist, Ajay Chaliha as the assistant editor and Dilip Sarma as the assistant music director. 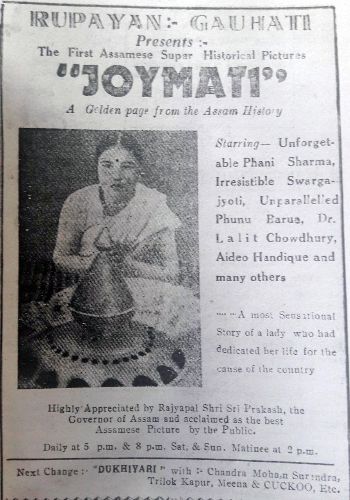 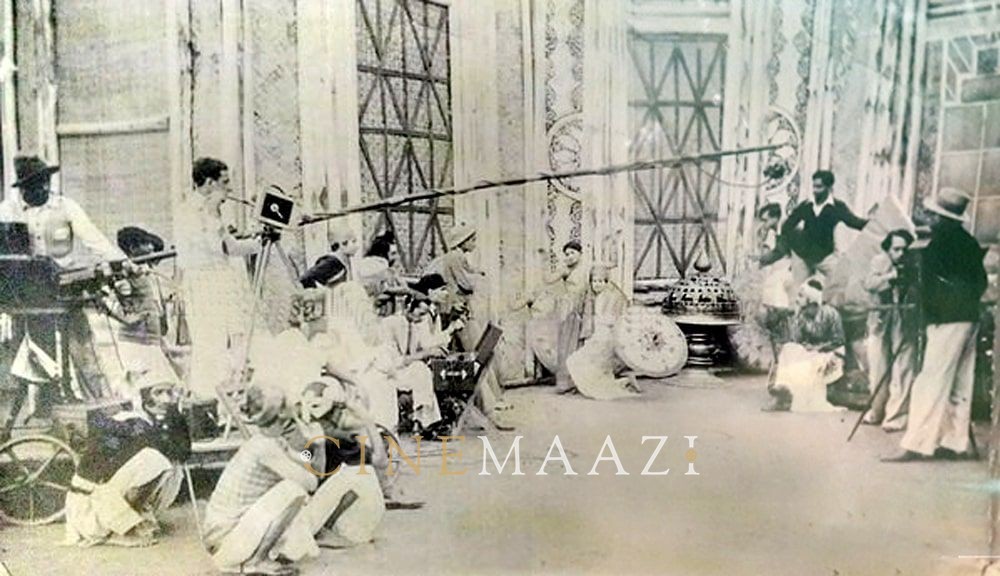 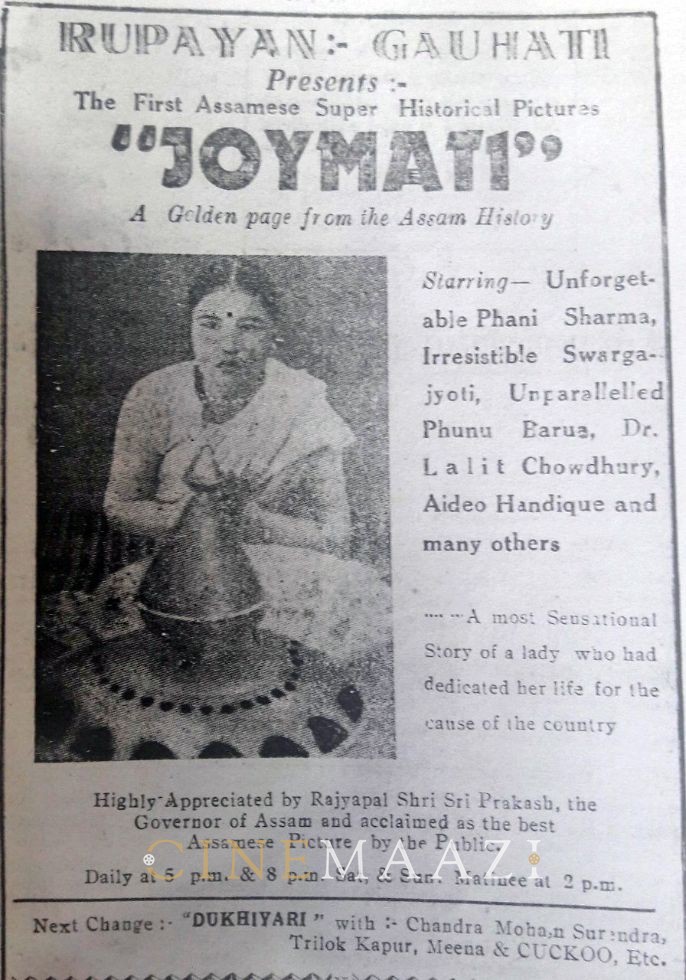 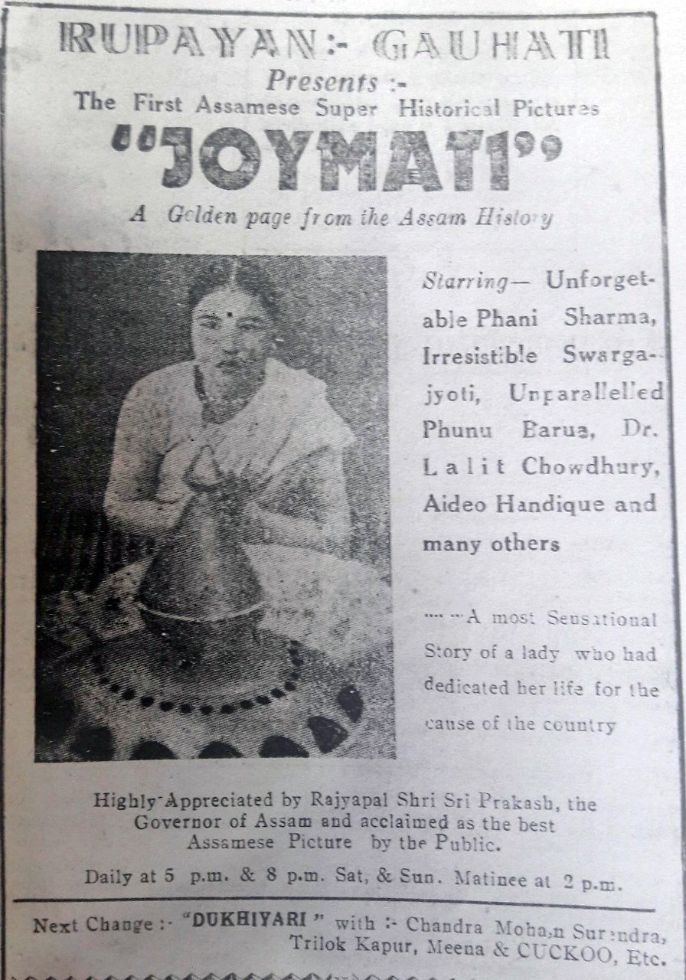