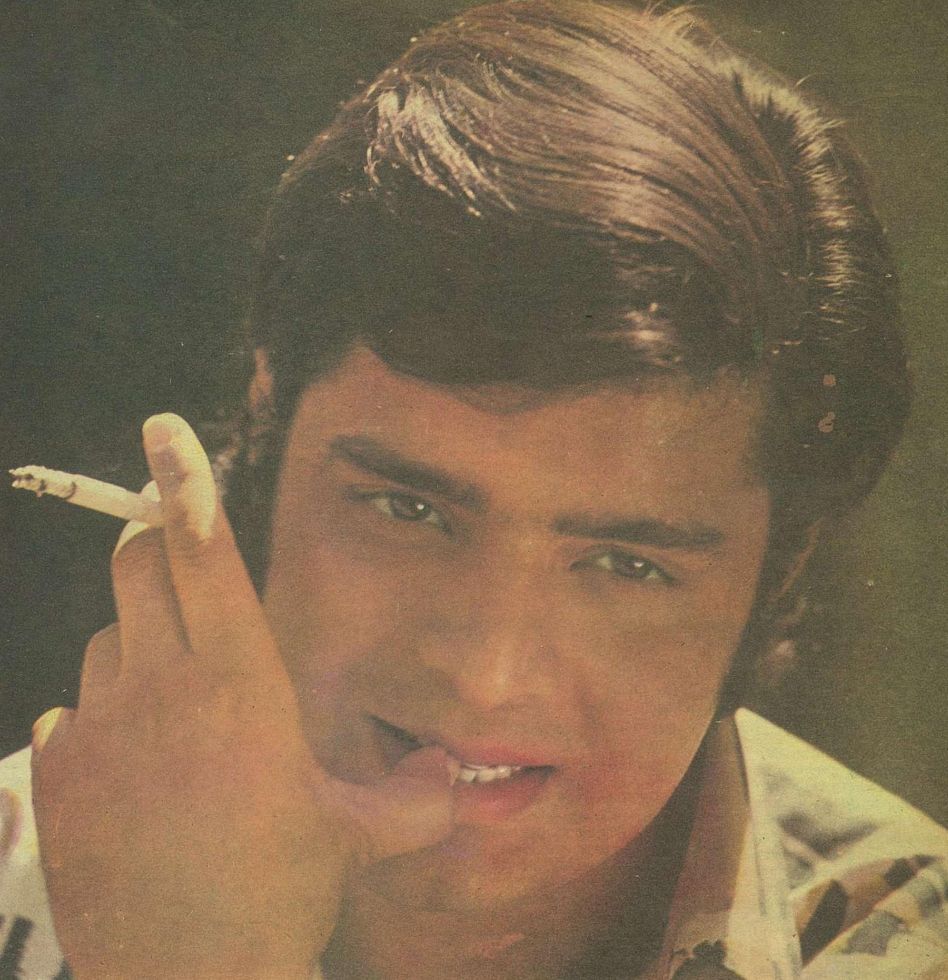 I first met Satish at the recording of Prem Parbat (1973). He is a thin, fair youth with an air of aloofness about him, holding an unmistakable resemblance to Sanjay. Like most newcomers to the world of arc lights, Satish seemed half hopeful, half fearful of his future. Would the producers sign him up? Would he impress the masses? Would he really click? These were questions that confronted him squarely.

Hardly a year has passed ever since. And Satish finds himself better placed in films. He has already bagged lead assignments in half a dozen films. Producers have accepted him. With his Prem Parbat due for release, Satish is now awaiting the invaluable verdict of the masses.

Satish has a very significant role, though not a lead one, in Warrant (1975), being directed by Pramod Chakravarty. He plays a convict sentenced to death. Dev Anand is the gaoler. Dev watches a woman who comes to see Satish. She comes with her husband, but makes him wait outside. She meets Satish. But they meet in silence. There is no exchange of words. The scene baffles the gaoler who learns the stunning truth in the end.

Satish Kaul also stars in Dilip Dutt's Dawat (1974) being directed by B. R. Ishara. He is playing opposite three girls, Jayshree Gadkar, Sarita and Pramodini. His other starrers are, Kavita Enterprises' untitled venture (with Neetu Singh in the feminine lead) Filmbar Productions’ untitled venture opposite Yogeeta Bali, Zar Productions’ Darling opposite Radha Saluja, Mulaqat with Rehana Sultan as the heroine and Ang Se Ang Laga Le (1974).

This last mentioned film, Ang Se Ang Laga Le is Satish's first film in fact. Interestingly enough, when he signed this film, he was a student of photography at the Film & Television Institute of India. It happened like this:

Shiv Kumar, the producer of Ang Se Ang Laga Le, came to the Institute looking for a new face. He spotted Satish from among the lot.

“But I am doing my course in photography,” a somewhat confused Satish told the producer, who was offering him a break as the hero of his film. The producer told Satish about the role he had got in his film for him and asked him to consider his proposal. Satish took it up. The youth, who would have been behind the camera otherwise, came and stood before it.

Satish rightly feels that his training in cinematography has not gone waste. On the contrary, with the knowledge of the movements of the camera and its tremendous sensitivity, he feels, he is able to do better justice to his portrayals. As for the roles, Satish likes them if they are emotional ones: He likes to portray conflict. As he says: “We all have to face conflicts someway or the other. We have conflicts of ideas, of values and so on. We have conflicts with colleagues and friends. But more interesting is our conflict with ourselves. It is this - one’s internal conflict - that I would like to portray. It has so much scope for vivid portraiture.

Kashmir-born Satish had a yen for acting right from his childhood. He inherited love for the Arts from his father. Satish’s father, Mr. Kaul, who is at present the assistant station director of Delhi Television, has also been a noted composer. He gave music for Maizraat (The Wedding Night) the first feature film in Kashmiri and so also for Mahjoor - Satish's   uncle Onkar played the hero in the second film. The first part of shooting for the film was done in their house. Satish, in his early teens then, avidly watched the shooting. He made up his mind to be an actor. But   after   completing his studies, when he decided to join the Film Institute, somebody advised Satish to take up photography as his subject. The FTII had not gained enough recognition and if Satish could secure training as a cameraman he would have easily found work in films. Satish fell for this and undertook a course in cinematography. However, a chance meeting with a film producer gave an unexpected turn to his career. And he came to act, something which he always wanted to do.

In Ang Se Ang Laga Le, Satish plays a youth who is trying to adjust himself to the mod image, though he is ill-at-ease with it because of his somewhat traditional background. With minor variations, Satish is portraying his own self in his first film.

The Kauls of Kashmir are a community of 'pundits'. Brought up in an essentially tradition-ridden atmosphere, Satish felt quite a stranger among the jet-set of Bombay at first. Though he has been able to adapt himself to the norms of the moderns today, he is doing it with difficulty. That is why amidst a swinging party or a crowded gathering, he often becomes lonesome. The urge to run back to the gushing streams and lush valleys overtakes him very often. But there is the inevitable come-back, resulting from the compelling necessity of being with it - with the new world and its new terms.

This article was written by Kiran Mehta and was originally published in Star & Style magazine's 31 August 1973 issue. The images used in the feature are taken from the original article.
543 views