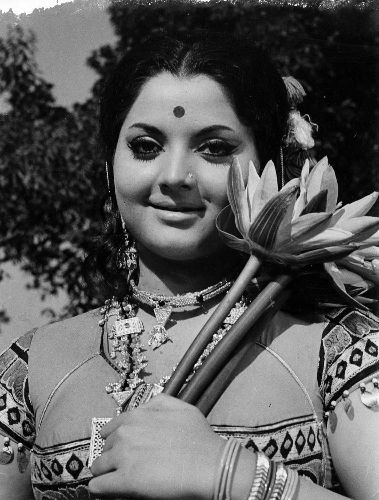 Blessed with an impressive stature, and a pretty face with large, expressive eyes, Yogeeta Bali shot quickly to fame after her debut in Parde Ke Peechhey (1971), and a succession of popular appearances in Parwana (1971), Ganga Tera Pani Amrit (1971) and Mem Saab (1971).

Niece to the famous actress Geeta Bali, Yogeeta Bali was born on 29 December 1952. Yogeeta’s father Irshad Hussain was also a character actor in Hindi films who went by the screen name Jaswant. After Partition, Jaswant went back to Pakistan, leaving behind his wife and two children, Yogeeta and Yogesh.

Interested exclusively in films even as a young woman, Yogeeta did not continue her schooling for very long. Though she appeared in a small role in Chhoti Si Mulaqat (1967), sharing the screen with Uttam Kumar, she was spotted as a lead actress first by the filmmaker Lekh Tandon. On the sets of the film Jahan Pyar Mile (1969), the adolescent Yogeeta was pointed out to him by an acquaintance as Geeta Bali’s niece. Slim and stunningly beautiful at the time, Yogeeta caught Lekh Tandon’s attention, and he wanted to cast her as the lead actress in a film soon after. However, troubles sprang up between the filmmaker and B. Ananthaswami, who had signed up Yogeeta exclusively for the next five years. Spurred by the success of his last launch, Hema Malini, Ananthaswami detected the same potential in Yogeeta but failed to execute another perfect launch with her.

Yogeeta was thus eventually cast as the lead in K. Shankar’s crime thriller, Parde Ke Peechhey (1971). In the same year, she starred as the heroine in Parwana, opposite Navin Nischol, a popular hero at the time. The still relatively unknown Amitabh Bachchan also demonstrated his acting chops as the villain of the piece. By 1972, she claimed in an interview that she had over a dozen starrers lined up, and was working two, even three shifts a day to keep up with the growing demand for her. With Yauwan (1973), she catapulted to even greater heights and did seven films in a year. Some of her noteworthy films during this phase included Ek Mutthi Aasmaan (1973), Ajanabee (1974), Ek Baap Chhe Bete (1978), Jheel Ke Us Paar (1973) and Nafrat (1973), among others. With her lovely complexion and compliance with most who worked with her, Yogeeta became known affectionately in the industry by her father’s nickname for her, Pinky.

Though she was at the peak of her career at the time, Yogeeta Bali repeatedly expressed her wish to marry and settle down in a number of interviews. Cast as the leading lady in Shabash Daddy (1979) by Kishore Kumar, their close interactions reignited her longstanding infatuation with him. They saw each other for four months and were soon married in 1967. The marriage did not work out, however, and the two separated on contentious terms within two years. At the time, actor Mithun Chakroborty was in a troubled marriage with the model and actress Helena Luke. Yogeeta and Mithun struck up a close friendship during the shooting of Khwab (1980), and in less than a year from her separation with Kishore Kumar, the two married. Defying expectations at the time, Yogeeta continued to act in films after her marriage.  Yogeeta acted in various films in this phase as well, until her last film in 1989, after which she voluntarily stepped away from the screen.

Yogeeta Bali’s personal life continued to be marred by controversies even after she had bid farewell to the silver screen. With their four children, she seemed to be in a stable marriage with Mithun when rumours surfaced of his involvement with the actor Sridevi. Unconfirmed reports of a secret wedding between the two started circulating, and Yogeeta left the house they shared. Eventually, however, Sridevi and Mithun separated. When Yogeeta and Mithun reunited, they tried their utmost to live privately away from the tabloids. More recently, in July 2018, an unnamed Bhojpuri and Hindi actress cast allegations against Bali and her son, Mahaakshay, accusing them of rape, forcible abortion and consequent threats meant to ensure her silence. The subsequent investigations led to a long-drawn investigation.

Yogeeta’s most recent venture back into the world of cinema was on behalf of her son, Mahaakshay. In 2013, she produced the film Enemmy to launch him, but the film proved to be a failure. At present, Yogeeta Bali continues to live in Mumbai with her family. 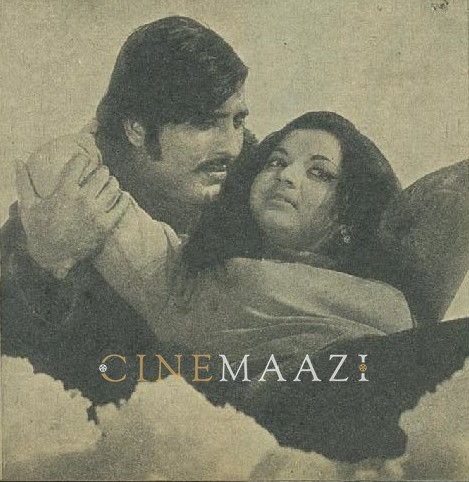