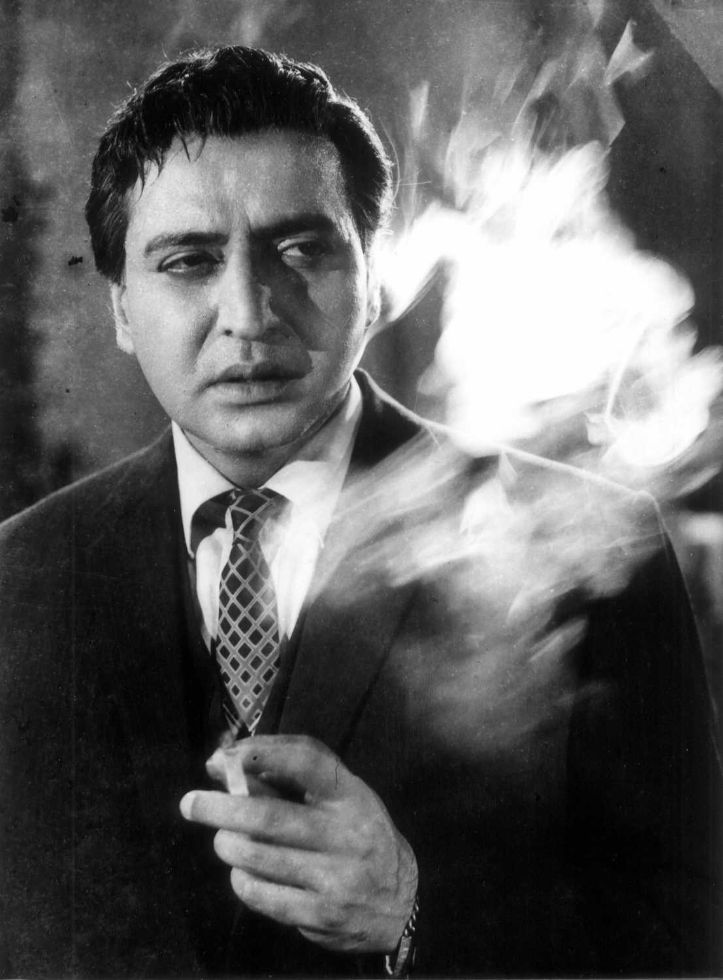 To be a consistent villain and yet be universally popular is a feat achieved by comparatively few "bad men" of the screen. To this small coterie belongs Pran, whose sinister leers have delighted picturegoers for nearly six decades. Pran was perhaps the most cerebral of all screen villains of Hindi cinema. The Delhi-born actor who made his debut with the Punjabi film Yamla Jatt (1940), traversed a long and successful path. Whether as a sadistic despot or a malicious village bully or a dissolute city criminal, he portrayed the infinite shades of evil with consummate ease. No article can do justice to the sheer range of characters portrayed by Pran, who did not limit himself to only villainous roles. On his 7th death anniversary, let us take a look back at his colourful career with this powerful set of images.

After appearing in a few films after his debut in 1940, he got the leading role as a romantic hero, Anwar, opposite young and beautiful Noor Jehan in the film Khandan (1942). Set before the time of Partition, the film was made by Shaukat Hussain Rizvi.
The 1948 release Ziddi embarked Pran on an adventurous career in Hindi films that landed him roles in films like Badi Bahen (1949) where he was seen playing a scoundrel who was trying to woo the young Geeta Bali with his love. But he also showed his soft and good side in Raj Kapoor and Nargis starrer Aah (1953), as he played the role of a benevolent doctor Kailash and a caring friend to dying Raj Kapoor.  Apart from the socials and big budget films, Pran was also seen in the costume dramas, like Sinbad the Sailor (1952) and Daughter of Sinbad (1958). Among them, one such big role was in Halaku (1956) where he plays the titular role of the evil and angry yet conflicted with his own legacy, King Halaku Khan, also known as the grandson of Changez Khan. He sports a fierce get up to look like the Mongul ruler, who falls in love with Niloufer – a courtesan, played by Meena Kumari and tries his level best to win her.  In this much acclaimed Bimal Roy feature, Pran gives his version of the “evil modern royal” as the merciless and autocratic Raja Ugra Narain who attempts to win the leading lady, Vyjayanthimala. What makes this character even stronger that it takes another life for the hero Dilip Kumar to stop him and take his revenge.  It is known that Pran modelled his character of the ruthless Raaka from a real picture of a dacoit who was shot by policemen in an encounter and that is how the character and the get up was developed that made history with the success of this film. Pran added a subtle touch by repeatedly running his index finger inside his collar, depicting unconscious fear of the hangman’s noose.
Along with his many villainous roles as the cruel brother-in-law in Ram Aur Shyam (1967) and a debauched nawab in Mere Mehboob (1963), it was his role as the limping Malang Chacha in Upkar (1967) that not only won hearts of the audience but also the Filmfare award for the Best Supporting Actor for this role.
In one of his well-known and much loved character, Pran played the role of a friendly pathan, Sher Khan to Amitabh Bachchan and stunned the audience with the song Yaari hai imaan mera. Both teamed up again in the films like Amar Akbar Anthony (1977) where he plays the Don unaware of the existence of his three sons, Don (1978)  and Majboor (1974).
In one of his rare stint as a police officer Raghuvir Singh, Pran gave another remarkable performance with the famous dialogues kabhi dua mangna toh yahi dua mangna ki kabhi jail mein jao toh Raghubir Singh ki jail mein na jao.  While he already stopped doing villain roles in early 1970s, he continued appearing briefly till 90s. In the last few performances of his career, his role as the old and brave revolutionary Abid Ali Baig who refuses to bow down to the British forces in the Indian independence drama 1942: A Love Story, shines like his earlier roles. Pran appears as dignified as ever, leaving behind a legacy of great performance on Hindi film screen.
542 views