Love is the loadstar of all romantic hearts, the noblest, most sublime of all human sentiments. That is probably why all the world loves a lover. But when the setting is a charming, old-world haven of a princely Lucknow with its abundance of palaces and "nawabs", all taking their leisure in the pursuit of arts, literature on pleasure, love becomes hallowed in an added form of grandeur. It becomes love divine.

Such is the love we present in our gorgeously framed MERE MEHBOOB, a love so unique that Anwar and Husna meet but once, just once brush their fingers in a delicate, caressing touch and the spark of Cupid courses into them, setting their young hearts on fire. Handsome, dashing Anwar does not even see the face of his enchantress at their fateful first meeting. All he espies is a pair of young adorable eyes behind the visor of the all-hiding "purdah" a shapely form, a lissome figure, a fair colour. Anwar's poetic imagination fills in the rest. He is in love. But Husna has the added advantage of having seen Anwar as he is in flesh and blood. But she does not know who he is, where he comes from all she knows is that she loves him.

And like the poet-singer that he is, Anwar pours his heart out in a specially composed song he renders at a fareful performance. The song he calls "mere mahboob" pleads of his beloved that she should once disclose herself to him or else this might be their last opportunity of knowing each other. But still Anwar does not know who his beloved is.

But fate that plays with us like puppets at the end of its strings, brings them together again in princely Lucknow, and when it has arranged the setting its own liking, throws open their identities in a blinding revelation, in a scene that will bring joy to even the most hardened of all human creatures.

But Anwar is hardly on the same social ladder as Husna who is the sister of a "nawab" and must therefore surrender her lover.... and thus love begins to play its own game....
MERE MEHBOOB.... my beloved... that's what our tale seems to cry out in every foot of the film, sometimes in the ecstasies of love returned, sometimes in the anguish of love denied... But whatever its end, it is a beguiling tale, dressed in fabulous settings with music daces and visual display of rich grandeur in every frame of it, that is to be seen to be admired.

That's our MERE MEHBOOB... our humble offering to the entertainment-loving millions the world over... mere mehboob... the call that comes from every lover's heart. 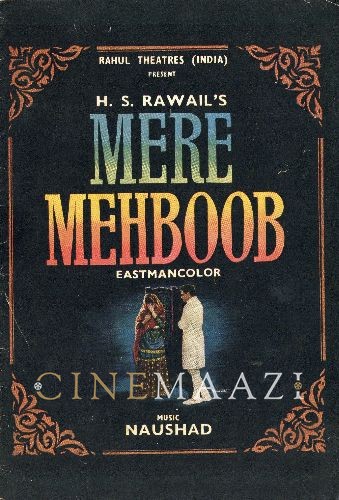 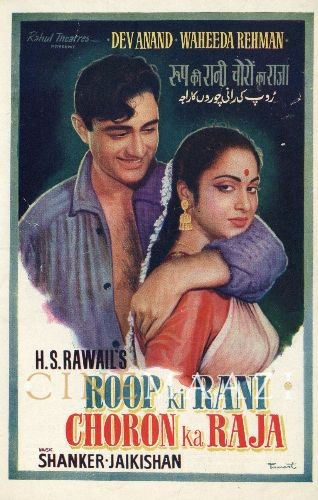