On the natures' chess board, the tiny pawns of human beings are awaiting for the next move by the strong hand of destiny... Among them is Ravi. An enthuiastic youngman, with his skillful fingers at the complicated Locks and safes. He gets involved in a terrifying battle of wits against Sawan, a reckless and notorious thief and his curvaceous accomplice Julie. With master plan of Sawan, Ravi is forced to open a richman's safe. The loot is taken away by Sawan and the richman is killed.

Ravi, now framed, escapes frantically, and eventually lands in Namli estate, an isolated forest surrounded by hills and valleys. He finds solace in the warmth of the ranch owned by Mr. Kaul, a rich but crippled man tied to his wheel chair. While supervising Mr. Kaul's timber estate, Ravi steals the attention and love of Reena, the only daughter of Mr. Kaul.

Reena a finely carved creature of nature helps Ravi forget his past agonies. The loving souls fly with the wing of time. Their melodious songs echo in the valleys and over the mountains... It is a symphony of peach, love and ecstasy.

Then all of a sudden, a dischord ruins the flow of melody. The destiny changes its course of events- Sawan, the ruthless thief with his venomous dame Julie appears on the scene. He brings with him a stolen safe and again forces Ravi to open it.

Ravi-now gripped by the strong, steel like claws of the evil, finds his nerves shattering, his patience on the verge of breaking. 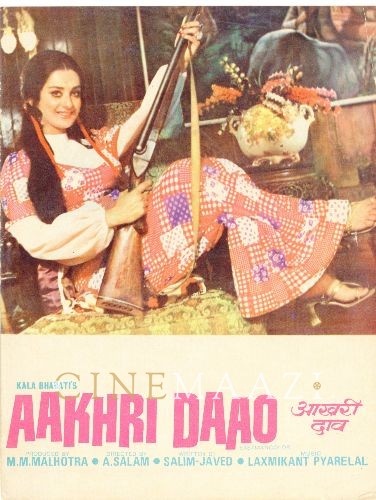