Asha and Dev were a happy couple, though they had no issue. Asha prayed to "Bholenath' for one. She also made up her mind to celebrate her child's first birthday at the "Bholenath' temple. The couple was blessed with a bonny son. When the child was about to complete his first year, Asha and Dev prepared for the pilgrimage Dev brought his car from the garage in a hurry, though the car wasn't fit to be commissioned. They drove away at a fast speed to Bholenath's temple. The mechanic, who knew that the nut of the steering wheel was loose, alerted the Police to stop the car before some accident occurred. All check-posts and traffic cops were alerted. Asha and Dev were speeding fast into the jaws of death with their only child.

Four hippies waved for a lift, Dev slowed down and the Hippies got in. As soon as the car gathered speed Dev felt the muzzle of a gun in his ribs. The gunman was one of the Hippies. They demanded five thousand rupees. Dev didn't have so much ready cash on his person and the day was Saturday. The Hippies got a cheque of that amount. But the same could not be cashed before Monday.

Dev was to stop over for a day at his uncle's place before proceeding to the temple. The Hippies took over the child as a hostage. When they finally settled down at the uncle's place, nobody suspected anything wrong. Many of my uncle's friends came and went away including Police Inspector Kapoor. Dev passed a message in a cigarette packet but Inspector could not read it till Monday.

On Monday, a hippie boy and a girl, along with the child went to the city in Dev's car to cash the cheque. They were happy to get away so easily but they never suspected that death was lurking on the roadside.

Inspector Kapoor whom Dev had passed the message, read the S.O.S.  The city traffic cop recognized the car number plate and a Police Jeep started on its trial. Dev in the meanwhile had cornered the remaining two hippies. Soon the tow had cashed the cheque reached uncle's place and helped their trapped accomplices. They escaped in Dev's car still holding the child as a hostage.

Inspector Kapoor along with Dev, Asha, Uncle's, and Aunty followed them in a Police Jeep. The nut of Dev's car was about to go out.

The Hippies, the non-believers, and the couple, believers in God, both were in trouble. This also happens sometimes.

To find an answer to these problems await "Aisa Bhi Hota Hai". 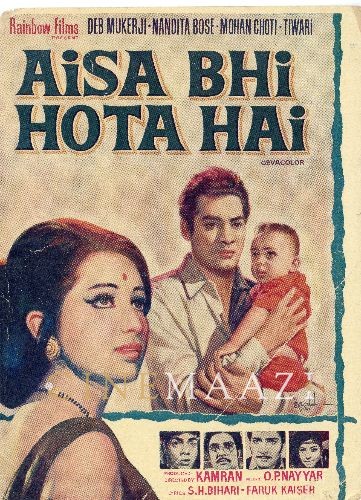 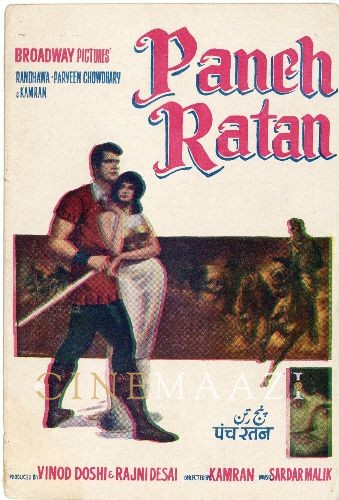 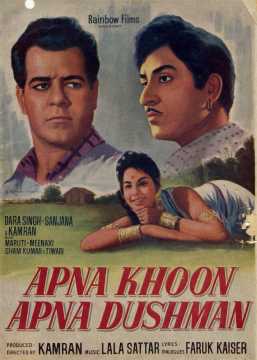