The ways of the world are queer. While some find misery in wealth others find happiness in poverty.

Ashok is an educated but unemployed young man whose possessions in this world are his poverty and an old deserted bus body which formed his abode.

On the other hand, Aruna, the only daughter of a millionaire, although surrounded with all the worldly luxuries that wealth could bring her, is unhappy because her father wants her to marry Pran, his late friend's son, with whose ideas she has never been able to reconcile.

Finding it difficult to tolerate the excesses of Pran, one day she flees away from home and during her aimless wanderings in the streets accidentally happens to meet Ashok, in whose bus she takes shelter for a night.

But they fall in love with each other and spent many happy days. But, as luck would have it, Pran finds her out one day and forcibly pushes her into his car and drives away to her home. Ashok who madly follows Pran's Car is run over by a lorry and becomes unconscious.

At the hospital, he regains his consciousness but finds that he does not remember a thing about his past. His life becomes torture to him and he wanders about the streets desperately.

At this juncture, Roopa, a gypsy girl comes into his life and bestows all her love and affection on him and finally wins over him for herself.

But the matters do not end here. Aruna is tirelessly searching for Ashok, and one day she finds him out, in the company of the gypsy girl. Imagine what a shock it should have been for her to find her lover in the arms of another woman!

But there neither Ashok is at fault, nor Roopa, mot even Aruna herself. It is the luck that is at fault. 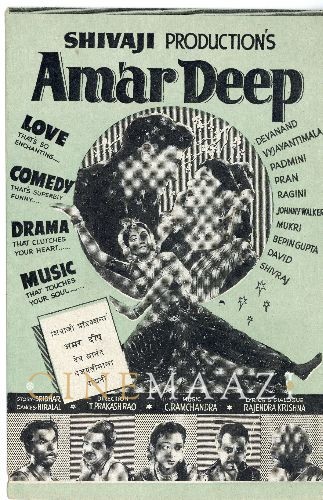 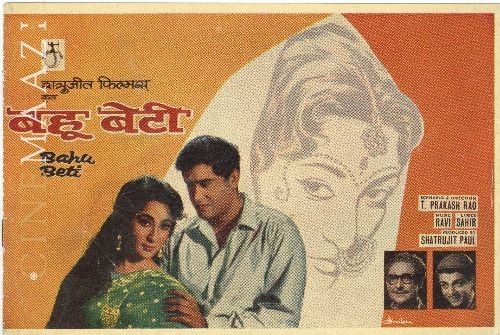