Woman is said to be the most complex creation of the Almighty. An intricate combination of Good and Evil, she has been baffling not only prophets and philosophers but also the Creator Himself. If, on one hand, woman in love is the highest example of sacrifice, she, when taken by spite and jealousy, is the worst manifestation of cruelty and selfishness, on the other.

Sometime, somewhere, lived Adil, a young and happy-go-lucky man gifted with super human strength. He received affection from his mother and mute love and admiration from Roohee, an orphan girl whom he undertook to protect before her dying father.

On one of his usual exploits in the jungle, Adil rescues the King's fiancee, Joohee, from lion, and is appointed as the Afsare-Ala in lieu of his exceptional bravery. He, however, exacts a promise from the King that the system of Begaar be abolished.

While in the royal palaces Joohee by her innovations gets familiar with Adil, and when she passionately expresses her profound love to Adil, he turns a cold shoulder and tells her "he was born not to live and love but to do and die."

When King comes to know of Joohee's attachment for Adil, out of jealousy he revives the system of Begaar which Adil resents and defies openly. The Superman Adil defeats the big army of the King single-handed. The King is perplexed, and while he fumes, frets and frowns upon his peers, Joohee offers to bring Adil in submission.

By subtle womanly designs, Joohee wins; and Adil at long last succumbs to her irresistible charms, with the result that he forgets all about his people and Roohee, so great are the powers of amours of Cupid. What a decline and fall from Himalayan heights to the deepest abyss of the sea !

During one of his amorous love-makings Adil unwarily discloses to Joohee the secret of his super human strength. It rested in his beautiful curly locks.

Adil's long absence makes Roohee anxious and she starts to look for him. She gets the shock of her life when sees Adil playing with the rich Joohee. Bubbling with emotion, she tells Joohee that Adil may temporarily be enchanted by her physical charms, but in fact he belonged to her and nothing on earth could separate Adil from Roohee.

Roohee gone, Joohee reflects on her own apprehensions. Jealousy gets the better of her and when Adil returns the administers a potion to him. Adil sleep like a lamb in Joohee's lap. Scissors in hand, she starts shearing Adil's beautiful locks, and thus is brought the complete, downfall of a Superman in the hands of a woman. Is that all? No, then what? See the tussle between emotion in Joohee, the earthly, and devotion in Roohee, the sublime. 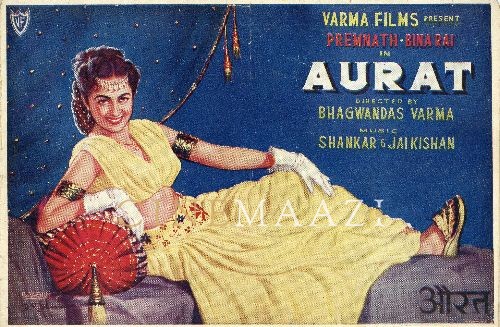 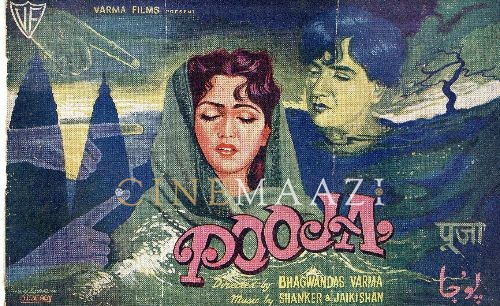