"DUTY IS GREATER THAN SENTIMENT"

THIS was the watch-word inscribed in the heart of everybody when India was at the pinnacle of her glory. Her culture, her art, and her riches were ideal to the world.

Our story has its lay in this glorious epic period. The picture opens with the festivities in the city of Ayodhya in celebration of prince Bharat's birthday. Dasharath, the then king of Ayodhya had four sons. Shree Ramchandra of the first Queen Kausalya, Bharat of the second Queen Kaikayee who was very handsome and to whom the king was very much attached; and Laxman and Shatrughna of the third Queen Sumitra. Presents poured from everyone on this auspicious occasion, but nothing pleased Bharat most except the sandalwood idol of Shree Rama presented by Kausalya.

Manthra, the wicked maid of Kaikayee tried to poison her ears every now and then. Kaikayee did not pay any heed in the beginning. However, she was convinced by Manthra that Bharat should not worship Shree Rama like his servant. Arguments ensued between Kaikayee and Bharat for returning the idol. King Dasharath found a way out of this unpleasant-ness and sent Bharat to Girivrijpur (The capital of Kekaya country where Kaikayee's father ruled) for few days with his maternal uncle, who had also come to Ayodhya with presents. Bharat parted with Shree Rama with a heavy heart. His subconscious mind worried him as to when he will meet him again. But father's word should be obeyed, said Shree Rama, as "Duty is greater than Sentiment."

According to the state, astrologer days were bad for King Dasharath. He was reminded of the terrible curse from the dying parents of Shravan, a Brahmin boy whom Dasharath killed mistaking him to be the game. Knowing that his bad days were fast approaching Dasharath decided to hurry up Shree Rama's coronation before any mishap. Guru Vasishtha was consulted and the next day was fixed for the ceremonial rites, as no other better day was found in immediate future.

The city was bubbling with joy that night. Palaces were blazing with thousands of lamps, but Kaikayee's palace was aflame with Manthara's spitfire tactics. She gave Kaikayee to understand that this was a conspiracy arranged by the king and Kausalya to install Shree Rama on the throne when Bharat was not in Ayodhya. She also showed her the way out. Kaikayee should ask the king to fulfill two promises he gave to her when she saved his life in the past. After much hesitation, Kaikayee agreed to do this for her Bharat. Calamities began. Kaikayee asked for Bharat's coronation and Shree Rama's banishment to the wilds for fourteen years. Dasharath was helpless. He could not go back from his promises as to the illustrious son of Raghu's dynasty whose tradition it was to fulfill the given promise at any cost.

Shree Rama with all the pleasure accepted the banishment. He preferred the fulfillment of his father's promise to all the kingdom of the world. He was the perfect man to teach us that "Duty is greater than Sentiment". But Kausalya was the most aggrieved person to send her dearest son to the wilds on the eve of his coronation. Seeta, the ideal of the Aryan wife accompanied her husband Shree Rama and the dutiful brother Laxman also followed suit.

The whole city was shadowed with dark gloom, people argued with Kaikayee, but Shree Rama intervened with the same truth: "Duty is greater than Sentiment." Ultimately they bade farewell to Rama with tears in their eyes and agony in their hearts. Here the curse to Dasharath was fulfilled and he died out of the pangs of separation from his dearest son Shree Rama.

Kaikayee sent for Bharat im-mediately. Bharat rushed to Ayodhya coming across all the evil omens that foreshadowed the mishaps at Ayodhya. Shree Rama with Seeta and Laxman was brought in a chariot by Sumantra, the minister up to Shringverpur on the Ganges, and from here they had to face their lot after crossing the Ganges. Nishadraj (King of Bhills) and his Bhills and fishermen were mad with joy that their lord Shree Rama was there, but immediately that joy turned into a terrible shock when they heard that Shree Rama was going into the wilds for 14 years. With all the reverence and sorrow these simple folk gave a send-off to this Divine trio across the Gauges.

In Ayodhya when Bharat knew the details he was shocked. This was not expected by Kaikayee. Bharat used all the harsh words he could use for his mother and renounced the throne. He took a vow not to enter Ayodhya without bringing Shree Rama with him as the king. Seeing that all her efforts proved futile Kaikayee realized her sin and repented with tears. Manthara has driven away once for all for all the poisoning she did.

Bharat began his search for Shree Rama. State officials, Guru Vasistha, and most of the populace followed him. When they came near Shringverpur Nishadraj doubted that Bharat was going to kill Shree Rama with his army. Immediately his warriors were mobilized and before the arrows poured on Bharat, they had to loosen them down knowing that Bharat was out to bring back Shree Rama.

Shree Rama was pleased to meet Bharat, and at the same time, he was shocked to see Bharat in a tattered valkal like himself and to hear the sad demise of Dasharath. Laxman also like Nishadraj had doubted Bharat till he knew the truth.

Amidst a big congregation of ministers and sages (Rishis), Bharat set to entreat Shree Rama to come back. He proposed that Shree Rama should go back as a king and Bharat would stay in exile for fourteen years in his place. But here again, Shree Rama put forward the same truth that "Duty is greater than Sentiment." Duties cannot be exchanged. Everyone must do his part of the duty. Bharat tried his utmost but Shree Rama with arguments convinced him that "Duty was greater than Sentiment." In the end, Bharat asked for Shree Rama's sacred sandals. The sandals were put on the throne and Bharat spent days, months, and years at Nandi-gram, a village near Ayodhya, awaiting Shree Rama's reunion. Fourteen years passed in the worship of Shree Rama at Nandigram and at last that long-awaited glorious day came. Pushpak Viman (airplane) brought the Divine trio to Ayodhya and "BHARAT MILAP" (meeting of Bharat) was done with Shree Rama. The whole city was happy. Mothers' joy knew no bounds and Shree Rama was reinstated on the throne.
THE END. 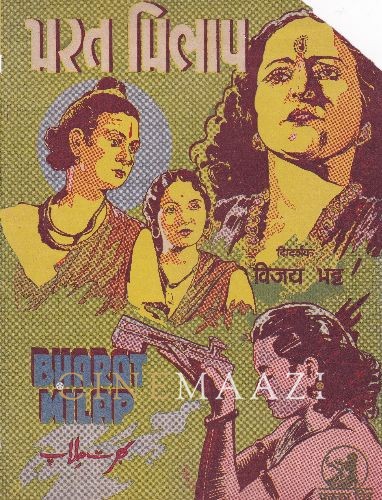 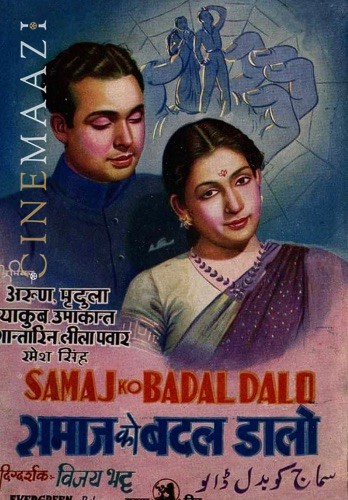 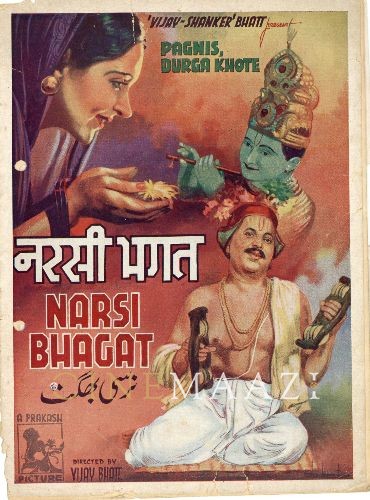