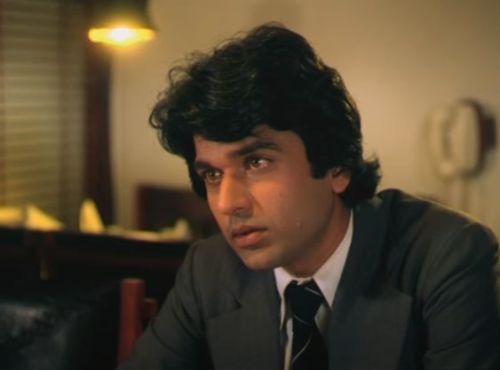 Born to character actor Krishen Dhawan and his wife Munni, Dilip Dhawan started his innings in the film industry rather early. His first film was as a child actor in the Dilip Kumar-Vyjayanthimala starrer Sungharsh (1968). Post this stint, he joined the Film and Television Institute of India in the 1970s. Seeing his work at FTII, Saeed Mirza signed Dilip Dhawan for the film Arvind Desai Ki Ajeeb Dastaan (1978). This was an association that was to continue as Mirza cast him next in Albert Pinto Ko Gussa Kyun Aata Hai (1980) opposite Naseeruddin Shah. His performance as the introspective Arvind, lost in inner conflict was appreciated. He would play Naseeruddin Shah's brother in Albert Pinto, who is disillusioned with dreams of progress and upward mobility.

Despite these breakthroughs, Dilip Dhawan’s film career did not really take off, even though he continued to act in several films. It was in 1984 that Dilip Dhawan was to make a place in the mind of the audiences – not in film albeit but in television. His portrayal of Guru in the Saeed Mirza-Kundan Shah serial Nukkad made him a household name as the serial became one of the biggest hits of Indian television, in the pre-cable era.

While Dhawan was a good actor, he never achieved the heights of fame some of his contemporaries and fellow FTII colleagues did. However, Nukkad did contribute in reviving his flailing career and he did not fade away. He shifted essentially to TV serials and supporting roles in films like Izzatdaar(1990), Shiva (1990), Henna (1991), Virasat (1997) and Hum Saath-Saath Hain (1998).

Dilip Dhawan passed away on 15th February 2000, after a massive heart attack – that ended a short life and career that held much promise but dwindled into mediocrity.