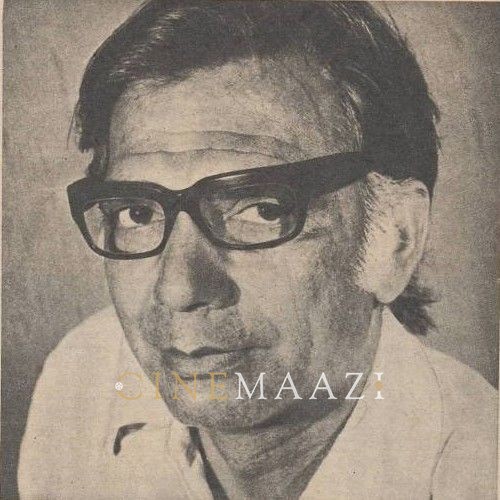 A legend who elevated art direction in cinema to unprecedented standards of realism, Bansi Chandragupta is one of the most significant figures in the history of Indian parallel cinema. Known primarily for his work with Satyajit Ray (from Pather Panchali to Pratidwandi) as well as his work with the likes of Shyam Benegal, Mrinal Sen, Aparna Sen, and Muzaffar Ali, he left behind an immensely varied and colorful body of work.

He was born on 6 February 1924 in Sialkot, Punjab in a Kashmiri Pandit family. His family shifted to Kashmir when he was quite young. He received his education in Srinagar. Always harboring a desire to be an artist, Chandragupta met Subho Tagore, the nephew of Abanindranath Tagore and grandnephew of Rabindranath Tagore, who advised him to shift to Calcutta to continue his training. He lived in Tagore’s apartment in the Metropolitan Building in Calcutta for a while. His stay proved providential for a number of reasons. He became associated with the famed Calcutta Group of painters and became adept at painting. The Metropolitan Building also housed the library of the United States Information Services which frequented. Another person also visited the library often and that was Satyajit Ray. The two became friends and Chandragupta started developing an interest in cinema. This burgeoning passion led him to become one of the founding members of the Calcutta Film Society, along with Chidananda Dasgupta, Harisadhan Dasgupta, Subrata Mitra and ray, which played a pivotal role in the history of art cinema in India.

Thanks to his association with Subho Tagore, he got a chance to assist Botu Sen in art direction for Hemen Gupta’s Abhijatri (1947). When Botu Sen fell ill midway through the film, it fell upon Chandragupta to finish the work. This led to him finding more work in commercial cinema. But the true turning point in his career came in 1950 when he was asked to assist the production designer Eugene Lourie for Jean Renoir’s The River (1951). The production was significant for a number of reasons, among them, being that it brought the team of Satyajit Ray, Subrata Mitra, and Chandragupta together and truly set the ball rolling for Pather Panchali (1955). He also used this experience to learn the fundamentals of set design and the language of costumes and props in cinema. He put these to use in great effect in Satyen Bose’s Bhor Hoye Elo (1953). But it was in work in Pather Panchali that truly became a landmark in Indian cinema. Working on a shoestring budget, his set design blended seamlessly with the film’s neorealist politics and aesthetics.

If Pather Panchali proved his mettle in working in difficult outdoor settings, Aparajito (1956) displayed his mastery over the indoors. His decision to move the sets indoors due to the oncoming monsoons also proved to be the catalyst for Subrata Mitra’s innovation of bounce lighting. Continuing to work together for Jalsaghar (1958), Apur Sansar (1959), Devi (1960), Teen Kanya (1961), Abhijan (1962), Mahanagar (1963) Nayak (1966), Goopy Gyne Bagha Byne (1969), they set an unprecedented bar in film aesthetics. Chandragupta proved equally able in the urban milieu in films like Mahanagar, and later Seemabaddha (1971) and Pratidwandi (1972). But their work in Charulata (1964), a supreme achievement in mise-en-scene, is considered the pinnacle of their collaborations. He was also the art director of the opulent Shatranj Ke Khilari (1977) which would be their last film together. Chandragupta researched extensively the work of Islamic miniaturists like Gaziuddin Haidar and painters like Balthazar Solvyns for this film. The period of their collaboration is usually regarded as Ray’s most creatively fertile phase of his career.

The 70s started a new phase in Chandragupta’s career. He shifted to Bombay after creative differences emerged with Ray. His work in Bombay is extremely varied – containing an experimental classic such as Kumar Sahani’s Maya Darpan (1972) as well as Surendra Mohan’s Seema (1971), Do Jhoot (1975) and Raj Tilak’s Mukti (1977). There was no dip in the quality of his work though, as proven by the three Filmfare Awards he won for Seema, Do Jhoot, and Ravindra Dharmaraj’s Chakra (1980). He also collaborated with Rajendra Bhatia frequently in Paraya Dhan (1971), Jangal Mein Mangal (1972), and Aaj Ki Taaza Khabar (1973). He moved back into the sphere of realism again with Avtar Kaul’s poetic 27 Down (1974). He also worked in Basu Chatterjee’s quaint urban snapshots Piya Ka Ghar (1972) and Manzil (1979). Perhaps the two most seminals of his artistic achievements in Bombay was Shyam Benegal’s Kalyug (1981) and Muzaffar Ali’s Umrao Jaan (1981). In Umrao Jaan he once again showed that dedication to detail and historical fidelity was so striking in Shatranj Ke Khilari. His last two films were Aparna Sen’s classic 36 Chowringhee Lane (1981), which was dedicated to him, and Kumar Sahani’s Tarang (1984) which released posthumously. He did not enjoy the marginalization of art directors in the Hindi film industry but still gave his best in every film he worked in.

He also made three documentaries for the Government of West Bengal’s Department of Tourism of which Glimpses of West Bengal (1967) won the National Award for Best News and Current Affairs Film.

He was known for planning his production design in excruciating detail. He is credited to be the first art director to use plaster of Paris in his sets. He mixed thick brown paper with cotton sheets to build the interior walls of sets. He emphasized on bringing out the effect of time on surroundings and used various techniques such as charring wood with fire and washing items with caustic soda to give them the time-worn look.

Bansi Chandragupta passed away before his time on 27 June 1981 in New York after suffering a cardiac arrest. Indian cinema would be considerably poorer without his contributions. 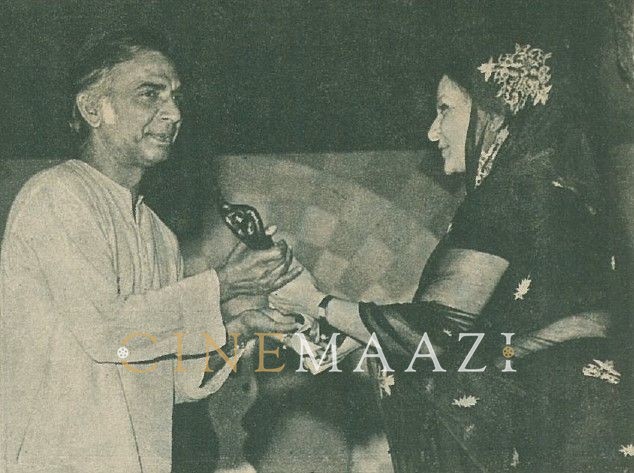