How Ajit Prasad got to be so rich was a hideous secret only his wife, Gauri, knew, and she hated him from the bottom of her soul. But this secret and hatred had bound them to-gether for life. His teen-aged daughter, Hema, reacting to the sham values of a corrupt society in which she was born, falls in love with the small-town school-master's son, Ravi, while on a visit to her father's country-estate, and her mother tacitly approves of the affair, seemingly to spite the husband.

Ravi had become obsessed with the ambition of becoming richer than Ajit Prasad. He accuses his father of wasting his entire life on false ideals and challenges him to snap the roots from a life of poverty and move to the city with the family, his mother and his sister, Sunita.

In the city, he meets Hema and at once she re-kindles the flame of love which was smouldering under the ambers of yesteryear.

But, when the school-master is insulted by Ajit Prasad in a party in his house, matters get complicated. Ravi, now has a last showdown with his father and succeeds in getting the old man's total savings, Rs. 10,000/-. This money was to be given to an old official as a bribe to secure a certain permit which would set Ravi on the highway to El-Dorado. But Ajit Prasad, bent on ruining Ravi, lays a trap for him, and Ravi, is arrested and jailed for bribing an official.

When Ravi, is released from the Jail, he steps into the larger prison of life which his cash ambition had created, a prison in which the innocent were forced to suffer while the guilty indulged in unabashed revelry. 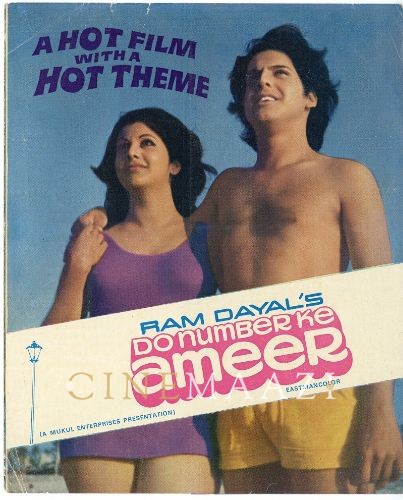