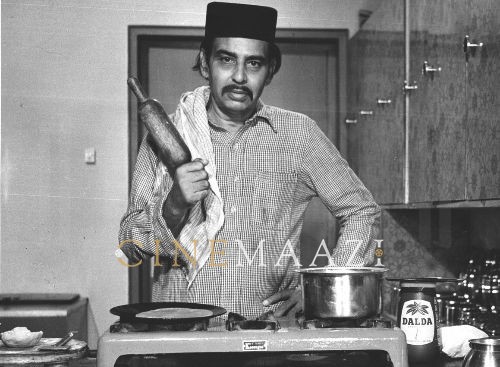 Known for his sharp wit and irreverent humour, I S Johar was one of the most popular comedians of his times, even creating a franchise in his own name.

Born in a Punjabi Hindu family in Tollaganj (now in Pakistan), I.S. Johar grew up in Lahore and completed his MA in Economics and Political Science and his LLB.

In 1947, when he was visiting Patiala with his family for a relative’s wedding, the newly independent nations of India and Pakistan were Partitioned, and riots broke out.

Having lost his home and livelihood, Johar lived and worked in Jalandhar and Delhi before moving to Bombay and entering the film industry in 1949. He made his debut in Roop K Shorey’s smash blockbuster Ek Thi Ladki(1949). Within no time, Johar found a foothold in the Bombay film industry as a comic actor, even as he diversified into writing and direction.

In the 1960s, he formed a fruitful partnership with Mehmood and appeared in a series of comedy films, inspired by Bob Hope and Bing Crosby; Johar Mehmood in Goa (1965) and Johar Mehmood in Hong Kong (1971) are some of these movies. These movies, as also the later ones with his name in the title, were extremely popular as the name Johar began to be associated with laughs and sarcasm – often targeted at the establishment. His film Nasbandi (1978), a spoof on the Congress government’s failed policy of forced sterilization during the Emergency in 1975, was banned by the Government upon its release. His popularity was such that he could make a series of films in his own name like Johar in Kashmir (1966), Johar in Bombay (1967) and Mera Naam Johar (1968).  He was the recipient of the the Filmfare Award for Best Comedian for his triple role in Johny Mera Naam (1970).

He married Rama Bans in 1943, but later married four more times. His two children, Ambika and Anil also appeared in a few films.

Besides Hindi and English, Johar also starred in Punjabi and Italian films. The multi-talented actor, writer and director died in Bombay on 10 March 1984.