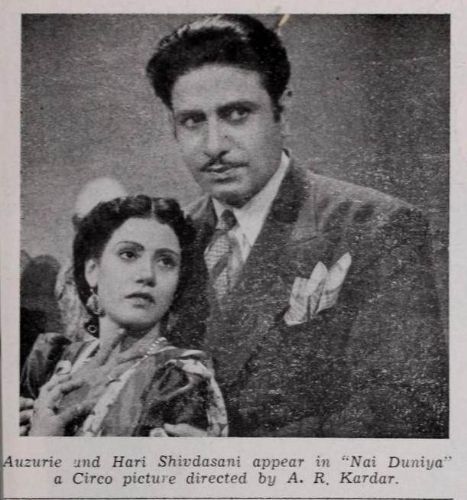 Born in Karachi in a Sindhi family, Hari Shivdasani moved to Bombay, along with his entire family after Partition in 1947.

In a career that spanned over five decades, Shivdasani acted in more than 100 films, with his notable movies being – Shri 420 (1955), Asli Naqli (1962), Mem Didi (1961), Arzoo (1965), and Waqt (1965). As a character actor in the Hindi film industry from the 1930s – 1980s, he appeared in close to 70 films. He started his career with a role in Dharm Ki Devi (1935) and did his second film Bharat Ki Beti in the same year. Over the years, he appeared in supporting roles in various films like the iconic Raj Kapoor film Shri 420 (1955), in which he played a character called Philachand. In Hrishikesh Mukherjee’s Anuradha (1960) he played the role of Brijeshwar Prasad Roy, while he acted as a Chief Engineer in the film Satyam Shivam Sundaram (1978).

He helped his niece Sadhana first make her film debut and then later guided his daughter, Babita to achieve her dreams in the film industry.

He was married to a British lady, Maria Shivdasani, and had two daughters Babita and Meena. Babita married actor Randhir Kapoor. Hari Shivdasani is the maternal grandfather of film actresses Karisma Kapoor and Kareena Kapoor.