Tell us the story of "Dooj Ka Chaand".

Well! it all started on the second day of the moon - it was "Bhai Dooj", second day after Diwali. Lalita put the sacred "Teeka" on her brother Gopu's forehead wishing him all the happiness and riches of the world.

But the world was, however, too narrow to provide any happiness to Gopu and also too wide for the all believing innocent Gopu.

Gopu, an impulsive young lover of poetry and music, lost his way between the narrow and the wide only to find a young village belle Gouri standing in the middle of the road, inviting him to the secret realm of love and richness of life.

So it is the story of Gopu's love for Gouri?

It is and it is not

Then? Is it the story of two brothers? Gopu and Mahendra Singh, who although, loved each other with all the sacredness of their hearts but had different roads to travel to meet the mysterious end.

Yes, that it is. But you must see the plight of the elder brother. How desperately he tries to save his younger brother. It is also the story of a brother who accepted the challenge of destiny to save his sister from a monied monster. Ah! the working of a cruel destiny. The hardest of us shall weep for that unfortunate brother.

It is as they say the story of two friends, Gopu and Anand? whose legendry devotion to each other was the talk of the town and whose friendship had become a song on the lips of the young and the old and yet, who found themselves in the opposite camps under the dark shadow of death. It is not just the shadow of death. It is something more.......spine-chilling scenes not witnessed in any Indian film before.

But then tell us who killed Lalita's husband? Was it her own brother Gopu? Or that confirmed criminal Nabban?

But that we cannot tell you. So many people have tried but nobody on earth has been able to tell that. To know that you must see in the enclosed darkness of your favourite 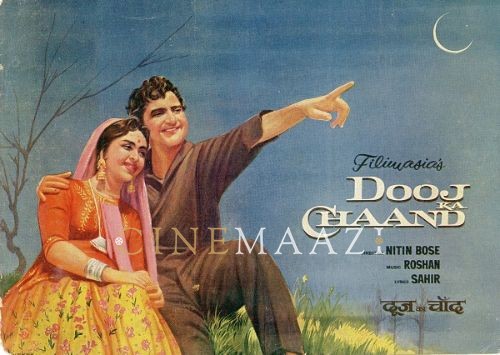