Who is not aware of The name of Ganga? "Har Har Gange" or Gangavataran's Story belongs to the beginning of Satyug or the age of Truth.

Sin challenged Lord Narada and said that, he would wipe out truth and religion from all the three worlds forever. The great worshiper God, Lord Narada accepted the challenge thrown by Sin.

On receiving news from Lord Narada, Sati flaunted the advice and wish of Lord Shankar and attended the Yagna started by her father Dakshraj but on hearing unbearable insults of her great husband, leapt into the flames of the Yagna and sacrificed her life. On coming to know of this Danavapati Tarakasur attended Devlok, the land of Gods, at the instance of Sin. In the battle between the Gods, and the Demons, the Gods were defeated. After the passage of sometime, Sati took re-birth as Uma in the palace of Himalayaraj simultaneously, another power worth, Ganga took birth as her sister.

To destroy Tarakasur, Kailashpati, Lord Shankar accepted Uma as his wife. On the time being ripe, Gods took to heavens to destroy Sin. Uma gave birth to Kartikeya and Ganesh. Both the brothers killed Tarakasur and Sindurasur.

Sin got scared of Ganga and he left heavens and came to the earth, where he created havoc all round. For the welfare of the people of the earth, the King of Ayodhya Maharaja Sagar started an Ashwamegh Yagna on coming to know of this Yagna, Devraj Indra got the horse of Yagna stolen, he did it in ashram of Kailmuni in Patal Lok. Instigated by Sin, sixty thousand sons of Sagar went there. They insulted the Muni, all of them perished in the flames of Kailmuni's rage.

There was only one way of saving them and that was, that Ganga should come down to the earth, Sagar, Anshuman, Dilip all perished in doing Penance, to bring Ganga down to the earth but Bhagirath started one of the most severe penances.

Bhagirth's penance moved Ganga and she was anxious to meet Bhagirath's demands. But nobody had the power or strength to hold her surging onslaught.

What happened thereafter? Who could take care of the surging onslaught of Ganga? How did Bhagirath's efforts get rewarded? To find the answers to all these questions you must not miss seeing Pioneer Film's great Devotional Saga "HAR HAR GANGE" 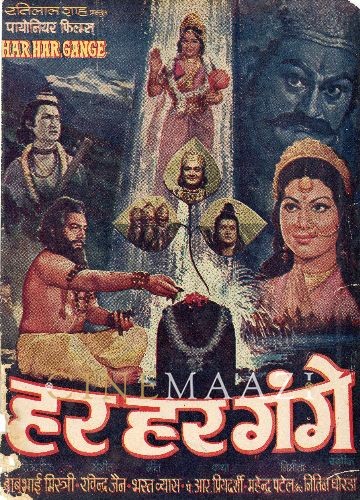 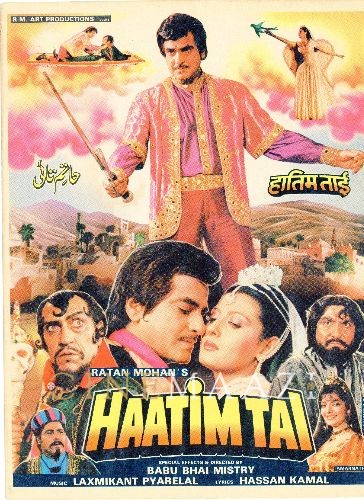