The bride, leaving behind her parents, relatives and the home where she had spent her child-hood & teens, arrives at her SASURAL, with a fond hope to be greeted & considered as GHAR KI LAKSHMI. This is her own new home now. She is well received and greeted by her “NEW” family members. But these very people, infected with ‘DOWRY-DESIRE’ turn into “ALIENS” and “HER KILLERS”.

This is precisely what happened to Aarti.

Aarti is an educated school teacher. And she had brought with her a very cultured upbringing of her parents. But here, in her new home “SASURAL” all her IN-LAWS desire only “DORY”.

Bitten by greed of “DOWRY”, the elder son Madan had killed his first wife POOJA and buried her in the rear court-yard. Pooja’s father Kishenlal is the victim of “BUREAUCRACY OF NEPOTISM” and his appeals for justice and apprehension of his daughter Pooja’ killers, to Police authorities and political leaders fall on deaf ears. He was declared mentally-deranged.

For the same “DOWRY-DEMON”, the brother of Madan’s second wife Gauri is undergoing jail jail-sentence for alleged misappropriation. He was a Bank Manager.

Younger son Mehul is a budding advocate and against the “DOWRY” system. For this reason all the “in-laws” dare not openly discuss and demand “DORY” from Aarti.

How long can a wooden-dot remain on fire? Aarti is a bold, educated young lady with a modern approach to eliminate evils of “DORY” and her life-partner Mehul was with her.

Devlish designs of the IN-LAWS created misunderstanding between Aarti and Mehul and they started living like strangers under the same roof. Even this did not give satisfaction to them. In the absence Mehul, who had gone out of station with this professional work, they hatched a conspiracy to MURDER Aarti and bury her alongside Pooja.

“Man proposes and God disposes”. The “MURDERERS” of Aarti were taken care of by ‘NATURE’ in such an unexpected and undreamed of pattern, that entire town was engulfed with shock-waves.

The offices of Home-Minister, Chief Minister & Prime Minister were compelled to intervene the matter.
What was the nature’s justice? What happened to Aarti? Was Pooja’s body found in near courtyard? Did Kishenlal get justice for the murder of Pooja? Were greedy in-laws unmasked?

Answers to many more such hair-raising mysteries can be had only in Poonam Pictures presentation “HATYARE”, produced by Prakash Banswani and directed by Sunil Kumar. 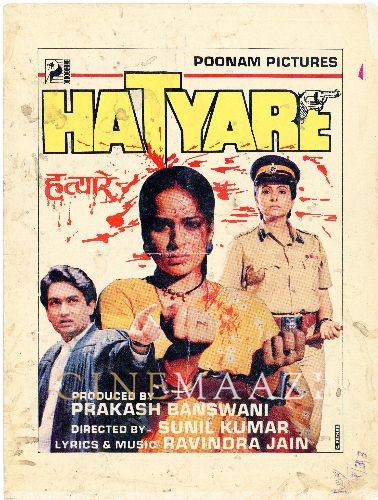 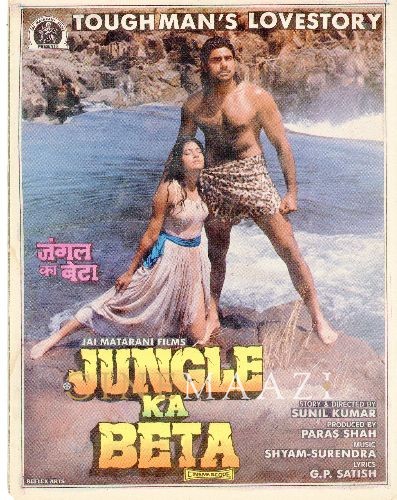