To the Bhils their  "Izzat" is more important than anything else in the world. And now it was at stake.

For twenty-five years they have lived in peace with the Marathas. The Bhils and Marathas at the village of Ashti are celebrating the 25th anniversary of the Bhil—Maratha treaty of peace. There is an exchange of presents and reaffirmation of their mutual promises of loyalty. The Naik of the Bhils at their mountain-home receives with honour the presents sent to him by the Maratha Patel of Ashti. At his house in Ashti, the old Patel entertains the Bhils when they come to him with presents from their Naik. His nephew, however, ridicules the gifts brought by the Bhils which is highly resented by the Bhils present—especially by Kanhaiya, the son of Maroti, the Bhil Sardar at Ashti. A quarrel ensues between Balaji, the future Patel, and Kanhaiya. The old and good-natured Maratha Patel is shocked at the conduct of his nephew and writes to the Dewan of the Marathas canceling his nephew's nomination for future Patelship. The letter is suppressed by the wily Balaji and when the old Patel dies he duly ascends Patel's gaddi.

Within a year Balaji exasperates the Bhils with his bad treatment. Maroti who had sworn not to break the peace with the Marathas twenty five years ago decides that it is best that the Bhils should leave Ashti and return to their mountain home. The Bhils leave Ashti. They would rather starve in the hills than live a life of dishonour in Ashti. Balaji who holds. Maroti responsible for this employs secret agents to do away with him and his son before they reach the hills.

Bhils are sent out to search for Maroti and Kanhaiya when they fail to reach the mountain-home. Radha, a young Bhil girl, comes upon the bodies of Maroti and Kanhaiya. The old man is dead, stabbed by the daggers of Balaji's agents. But Kanhaiya still lives though badly wounded.

The Bhils clamor for revenge. The old Naik is reluctant to break faith with the Marathas and tries to pacify them. When they persist in their demand for vengeance he asks them to elect a new and younger Naik to lead them as he is too old to carry on the work. Kanhaiya, lying ill in a but where he is nursed by Radha. overhears all this and remembers how he and his father were carrying the savings of their comrades and how -brutally they were robbed and attacked by Balaji's agents. Acting on a sudden impulse he leaves for Ashti, Radha's protests notwithstanding.

Kanhaiya catches Balaji's agents in the-act of dividing their loot and returns to the mountain-home with the ruffians blind-folded. All the Bhils at their mountain-home miss Kanhaiya especially when the Bhils from the hills as well as the Pains collect far the election of the new Naik. Balaji, in his home, is perturbed when he finds that his agents are missing from their house. He also gets the disturbing news that Bhils from all the surrounding districts are collecting at their mountain home. The news also travels to Maratha headquarters where the Dewan learns that Balaji has been hiding facts from him.

The tribal election is in progress at the Bhils' mountain-home. Appaiya, conceited Bhil youth, wins against all in the competitions. Many regret that Kanh-aiya is not there to measure his strength against Appaiya. Just then Kanhaiya arrives with the lost money and Balaji's agents. At Naik's behest, he competes with Aooaiya and wins. All hail him as the new Naik. From that moment, however, Appaiya becomes his sworn enemy.

As the new Naik, Kanhaiya declares his policy. He will not blame the entire Maratha race for the faults of one. It is Balaji who is guilty and he would take his revenge on him alone. He swears to recover for the Bhils their money and land and regain their lost Izzat.

Kanhaiya starts with Balaji's agents for Ashti where he would settle matters with Balaji. On the way, he releases the two ruffians. Appaiya follows him with evil intent but Radha has divined his purpose and saves Kanhaiya by wounding Appaiya with an arrow just as he is about to attack. Kanhaiya decides to take Radha with him. They rescue the two agents Kanhaiya had released a little while ago and who were being belabored by Balaji's sipahis. The ex-ruffians swear loyalty to Kanhaiya in sheer gratitude.

The Maratha Dewan has, meanwhile, despatched one of his Kotwals to make inquiries at Ashti. On his way, the Kotwal meets Appaiya and the four sipahis. From them, he learns that Kanhaiya is going to Balaji's house. They rush towards Ashti but reach Balaji's house too late. Kanhaiya has already left with whatever money Balaji had in his house and Balaji himself as a hostage until he can produce the rest of the amount which he has sent away to a friend of his. While returning Kanhaiya espies Appaiya with the Marathas and suspects treachery.

Overnight he finds a new home for the Bhils and asks them to shift there. The same night he despatches a letter from Balaji to his friend asking him to send all his money. If the money is not given Kanhaiya would raid his house that very night during Lakshmi Puja. Balaji's friend accepts the challenge and gets the Maratha Kotwal from headquarters to protect him. In spite of his best precautions, his house is successfully raided by Kanhaiya and his men by a clever ruse. But Kanhaiya refuses to touch a single penny belonging to the household. He will take only Balaji's money which represents the hard-earned wages of the Bhils. Appaiya and the Maratha kotwal Khanderao reach the house too late when Kanhaiya has already left. On the way, however, they succeed in capturing Amrit. one of Kanhaiya's associates, who was returning ahead of his party. On learning of Kanhaiya's departure, they leaVe Amrit in charge of the other Maratha kotwal, Fail Rao, and gallop off to the mountain-home of the Bhils where they expect Kanhaiya to have returned. Kanhaiya is, however, at the new home of the Bhils where Radha is glad to have him back.

Baji Rao who is left with Amrit is greatly impressed with the sincerity and gallantry of Kanhaiya. He wants to meet Kanhaiya with a view to discussing the best way of ending an unnecessary feud. Through Amrit, he meets Kanhaiya and solemnly promises him, on behalf of the Marathas, that the Bhils would get back all their rights and privileges. Kanhaiya returns full of joy to tell his comrades that he has succeeded in regaining their lost rights and Izzat. But tragedy awaits him at the new mountain-home of the Bhils.

Through Chanda, a Bhil girl in love with Appaiya, Khande Rao, Appaiya, and their party find out the new home of the Bhils. When they reach there a scuffle ensues in which Radha is thrown down a cliff. There is a sheer drop of several thousand feet and her death is certain. When Kanhaiya hears of this, he is wild with remorse and on learning that Khande Rao is responsible for Radha's death he stabs him, thus committing the first murder in his life. He can escape but he will not. What use is it to live? Moreover, his escape would only embitter the Maratha—Bhil feud. On Baji Rao reaffirming his promise about the restoration of the Bhils' rights, he surrenders and stops his men from attacking the Marathas. With his life, he buys back his people's Izzat.

But Radha is not dead. She had a miraculous escape. Does Kanhaiya know of her existence before he ascends the gallows? Does she know that he has deliberately courted death? The poignant climax of "Izzat" reveals the answer as the breathless excitement of events fades into an end of heart-rending. yet noble, tragedy. 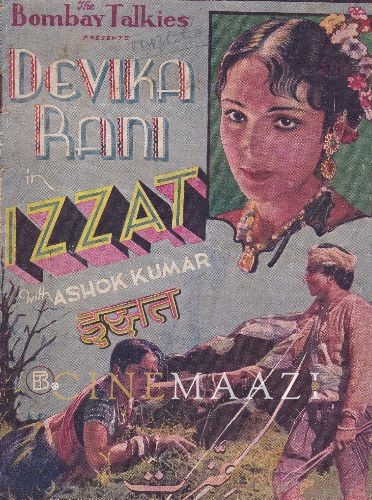 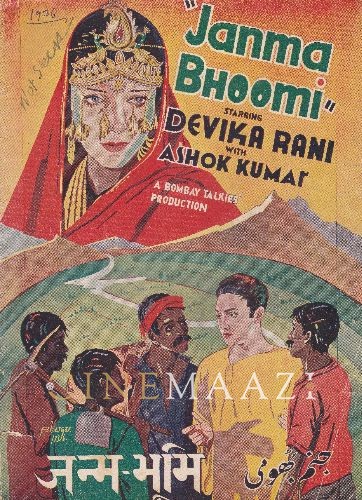 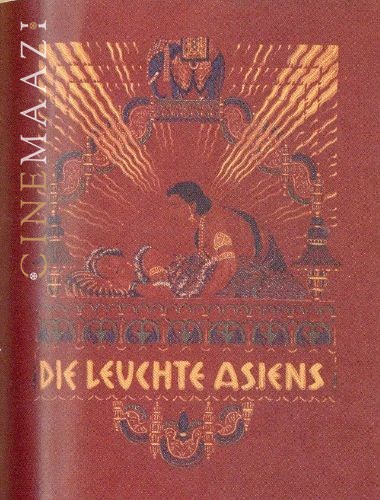 Light of Asia, The (Prem Sanyas)