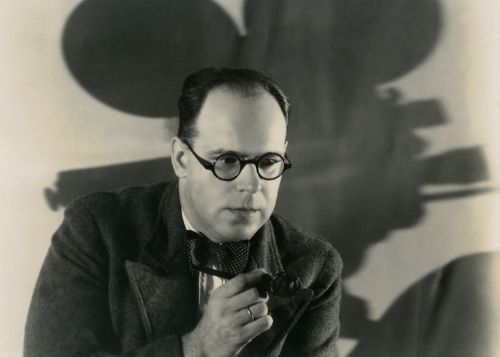 Josef Wirsching’s work as a pioneering cinematographer shaped the course of Indian cinema for decades to come. Born on 22 March 1903 in Munich, Germany, Wirsching studied photography theory at GewerbeSchule. His interest in photography led him to a position as an apprentice at Blau Weib Films in Munich soon after.

In 1923, Wirsching joined Emelka Film Studios as a camera and laboratory assistant. He learnt the ropes quickly, and assisted as a cameraman in films like Unsere Emden (1926), Mein Heidelberg ich kann Dich nie vergessen (1926), Travelogue of overland trip from Munich to Benares (1927/28) and Im Lande des Silbernen Lowen (1933). During this time, Wirsching also worked on the first Indo-Germanic cinematic collaboration, Prem Sanyas/ The Light of Asia (1925), directed by Franz Osten and Himanshu Rai. The film was shot entirely in India.

The Nazi government in Germany at the time was aggressively pushing for propaganda films to be made by the film industry. Himanshu Rai’s Bombay Talkies provided Franz Osten, Josef Wirsching, production manager Karl Von Spreti and laboratory technician Wilhelm Zolle with an option to move to a different space of work. The international crew also lent Bombay Talkies an edge in the technical finesse of their productions.

Josef Wirsching married Charlotte Mullberger in Germany on January 28, 1929. The newlyweds moved to India together and settled in the country. Their son Wolfgang Peter Wirsching was born in Bombay.

Bombay Talkies’ Devika Rani and Najmul Hussain starrer Jawani Ki Hawa (1935) was heavily influenced by Wirsching’s vision. Coming from a rich tradition of German Expressionism, he often played with shadows and contrast in carefully constructed frames. With time, Wirsching became the chief cameraman at Bombay Talkies, and remained in this position until the disintegration of the production house. He worked in films like Jeevan Naiya (1936),Izzat (1937), Miya Biwi (1936) and Jeevan Prabhat (1937) under the banner.

During the start of the Second World War, Wirsching was, unfortunately, a German national living in British India. Consequently, he was held in an internment camp for foreign nationals in Dehradun and Satara. He was released in 1947 and promptly returned to work at Bombay Talkies. He worked on films like Ziddi (1948), Mahal (1949), Sangram(1950) and Baadbaan(1954) soon after.

Wirsching’s work coupled with that of Kamal Amrohi in the Ashok Kumar-Madhubala Mahal unleashed the full range of his Expressionist sensibilities. The dark, shadowy aesthetic accentuated the elements of mystery and horror in the narrative. Interestingly, while Ashok Kumar had been a laboratory assistant to Wirsching in the early days of Bombay Talkies, the prominent cinematographer V.K. Murthy was a production manager for Mahal. Wirsching’s influence left a mark: V.K. Murthy’s visuals in Guru Dutt’s Sahib Bibi Aur Ghulam (1962) closely follow Wirsching’s expressionist style.

After the disintegration of Bombay Talkies in 1954, Wirsching joined AMA Ltd. He photographed and directed some documentaries and ad films under the banner. The documentaries made under this banner were in alliance with the nation-building project of the newly independent India.

In 1958, Wirsching joined Amrohi’s Kamal Pictures as the director of photography. His work in the 1960 release Dil Apna Aur Preet Parai, starring Meena Kumari, Raaj Kumar and Nadira, was greatly appreciated. He along with his wife  Charlotte made a small appearance in the song Itni badi mehfil, a song picturised on Helen in the film.  Known for keeping himself updated with the latest international developments in photography, Wirsching pioneered the use of Technicolor film and 70mm Cinemascope camera technology in Pakeezah (1971). Wirsching passed away on 11 June 1967 in Bombay after a massive heart attack. Unfortunately, the film was released after his demise.

His grandsons, Josef and Georg Wirsching have maintained a massive archive of photographs and negatives left behind by him. This collection comprises a unique archive of early Indian cinema from the 1920s, 1930s through the 1960s. Moments from the set, candid photographs of actors, all find a place in A Cinematic Imagination: Josef Wirsching & the Bombay Talkies, an exhibition curated by Josef and Georg Wirsching. The exhibition was made open for viewing in collaboration with Serendipity Arts Trust and the Alkazi Foundation for the Arts in 2017. 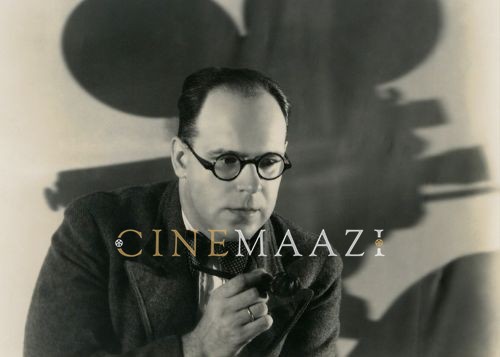