"God Reveals Himself As Mother In Human Form."

Today mother Karuna, is celebrating the sixth birthday of her son Ajit. Ajit goes with his maternal uncle Raghuvir to the city to buy clothes. While they are witnessing a dance in the street a tragedy happens. The dancing girl Bijli's mother dies under the wheel of the chariot of the King. Raghuvir who takes the side of the old woman is whipped by the king. Ajit cannot tolerate this and throws a stone on the King's face, who orders the arrest of the boy and wait for his further order to throw the boy in the lion's cage.

Karuna is shocked. But Ajit's father Ramsing is hopeful having served the king for a number of years as his commander-in-chief. But he in the attempt loses his life at the hands of the King. This infuriates Raghu. He determines to take revenge to which end he makes an alliance with Bijli the dancer.

Karuna has now lost all she had, her son and her husband. But Raghu and Bijli manouvers to kidnap little Jayshri, the only daughter of the King.

Bijli returns to their camp and Raghu comes to Karuna. He shows the unconscious princes to Karuna and says 'Here is the beloved daughter of the King who had killed your beloved son. I will kill her and avenge the death of your son ! But Karuna decides to fulfill her right of representing God. Meanwhile, the soldiers of the King arrive on the spot. Raghu fights with them. Taking this chance Karuna takes Jayshri and runs away from the back door.

Protecting her enemy's daughter with all motherly affections Karuna wanders from village to village and ultimately she is given shelter by Gopaldada, and old shepherd.

In Gopal's house little Jayshri is known as Malti. Malti is now heart and soul of Karuna. Her motherly love for Ajit is transformed into the love for Malti.
One day Jayshree while swimming in the river is attacked by a crocodile but she is rescued by a young traveller Vijoy, on his way to Rajnagar in search of a job. While fighting the crocodile Vijoy is wounded and is brought to Gopal's house where he is nursed by Jayshri. This intimacy ripens into love which received the blessings of Karuna and Gopal. Vijoy leaves for Rajnagar promising to return as a bridegroom on the Basant Panchami day.

The King is lured by Bijli to a ruined temple, there while Raghu is about to kill the King, Vijay appears and saves the King who in turn makes Vijay the commander-in-chief of Rajnagar.

It is Basant Panhami. Malti is waiting for Vijay's Barat. But Vijay is lying unconscious in his bed. He has been severely wounded by Raghu. Hearing this Malti and Karuna comes to Rajnagar to see Vijay.

Vijoy with his army comes to the den Raghu. He blows up the den and arrests Raghu after a terrible fight in which Bijli dies.

Triumphant Vijay brings his prisoner to Rajnagar. Here Karuna and Malti come to congratulate him but Karuna recognises her brother Raghu. Brother and sister with tears in their eyes meet each other after twelve long years.

The tense dramatic climax that follows next can better be seen than told.......... 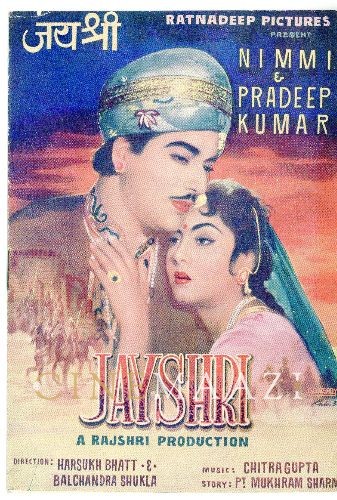 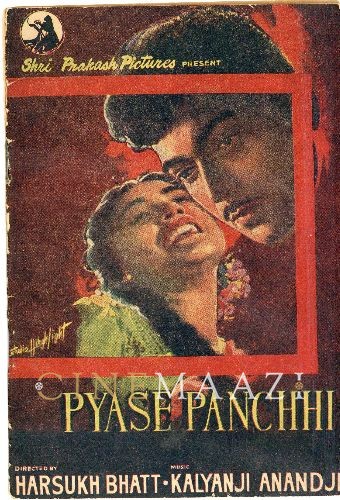