Avatar, a notorious villain kidnaps the son of Thakur Vikram Singh, while trying to steal one of the twin swords, which as an inscription about the hidden treasure. The kidnapped child changes hand to Shersingh, when he steals the car of Avatar.

Now, the kidnapped child, after a lapse of twenty years, becomes a big car thief with a new name Raju. He falls in love with the club dance Anita and they become lovers.

Vikram Singh is still trying to find his lost son by exhibiting the sword in exhibitions, expecting that Avatar will come for it.

Raju's foster father Shersingh, points out Avatar to Raju, and convinces Raju that Avatar is his real father.

Raju already met Avatar, so he goes  to Avatar, Avatar cunningly schemes and accepts him as his son.

Further, Avatar impresses Raju in such a way, Raju believes that the sword their ancestral property and decides to get it back from Vikram singh.

Raju steals the Sword, while escaping, Anand chases him.

Raju sends the Sword through his dog Jhony and after knowing that Anand is a police officer, he escapes from him.

When Raju meets Avatar, he learns the sword is a duplicate one and determines to bring it back at any cost from Vikramsingh, who has cheated him.

So, he comes to the house of Vikramsingh, meets his own sister, mother and father.

Whether Raju recognises them are not and how he reunited with his family are to be seen on the silver screen. 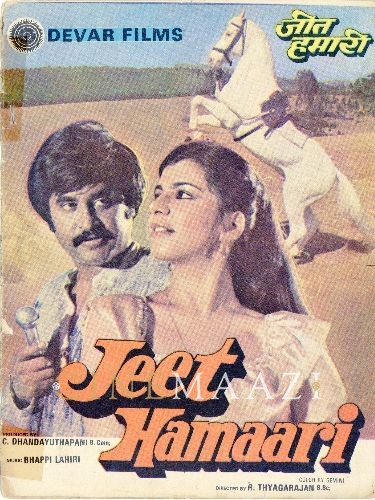