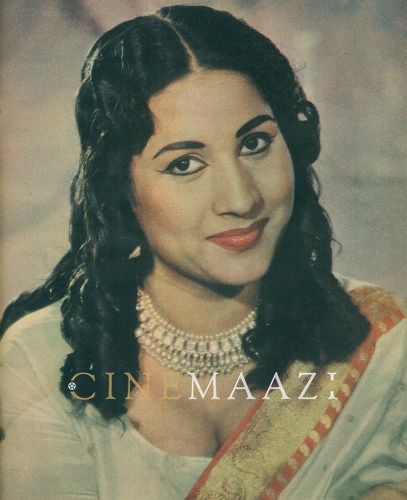 Among her standout films, is Anolkhi (1973), in which she played the protagonist. She essayed the role of an orphan, who stays with her aunt and uncle. When she is discovered to be pregnant her lover deserts her, and she is thrown out of the house. However, she stays strong and becomes a single mother. Back in the 70s, this was a radical idea; when a similar theme was portrayed decades later by Kundan Shah in Kya Kehna (2000), it still had audiences squirming.

Jotibacha Navas (1975), directed by Kamlakar Torne, saw Padma Chavan essay the daughter of a police officer who is struggling to capture a bandit. She ventures to trap the bandit in a web of love in order to help her father, only to end up falling in love with him. The plot gave Chavan a chance to display different character shades which she did convincingly.

Dost Asava Tar Asa (1978), directed by Devendra Goel, starred Ramesh Deo in a prominent role, with Padma Chavan making an impact in the film in a supporting role. The subplot of her romance with a man who is later forced to become a waiter delivered a heart-warming message.

In Ashtavinayak (1979), she made her presence felt even in an ensemble cast. Playing the character of Sachin Pilgaonkar’s stepmother who feels left out by her husband and her stepson, and later also becomes a cruel mother-in-law, she delivered a strong performance of a negative character who goes through considerable transformation in the course of the film.

In lyricist-filmmaker Gulzar’s Angoor (1982), she played the friend of one of Sanjeev Kumar’s two characters, the local resident Ashok whose wife suspects him of having an affair with her. The film was based on Shakespeare’s play A Comedy Of Errors, and told the tale of confusion caused by two pairs of identical twins, played by Sanjeev Kumar and Deven Verma. Despite limited screen time, Chavan made an impact with her act.

In Ravi Nemade’s Khara Kadhi Bolu Naye (1987), Chavan played the mother of the heroine. Her character was that of a bad-tempered, middle-aged woman. To her credit, she ensured that her character did not become negative or a caricature, and thus received positive feedback for her supporting role.
Padma Chavan’s career was cut short when she passed away on 12 September, 1996 in a road accident.