Time passes, and Raja, son of Chowdhary, becomes young man possessing the virtues of his late father. He loves and adores his two younger sisters Chandra and Snehya who were studying in a College, where Seema is their classmate and she and Raja love each other.

To avenge against Raja, Ravi pretends his love to Raja's sister and the innocent girl falls to his charms.

The poor girl is totally involved in his love and becomes the prey of his lust and so she becomes pregnant. When Raja comes to know of it and the name of the man he rushes to J.D. and insist that Ravi should marry her otherwise.... Being Diplomat Politician and candidate of the coming election, he accepts and marriage takes place.... and then Ravi and J.D. treat her shabbily and badly.

J.D. won the election. Raja innocently had also helped his election as his sister is now the daughter-in-law of the home. J.D. throws a party, Raja comes to offer his greetings.

On reaching there, he is shocked to see his sister cleaning the fan when everyone else is enjoying the party. He becomes furious and there is a clash between J.D. and Raja....

His sister refuses to accompany him.

To take revenge of this insult, Ravi puts poison in the food in his Dabba which Raja used to give to poor. People began to vomit and Raja is put behind the Bars for 6 months, where he meets Khan Bahadur and comes to know about his father's murderer, who is J.D.  Meanwhile, when Snehya comes to know that her husband Ravi is responsible for putting the poison in the food and they are planning to kill her brother in the Prison, she screams and fights.

Ravi kicks her and is badly injured, her sister who has come to see her is shocked to see her condition.... Snehya tells everything to her sister, who runs away, meanwhile Snehya is murdered and her sister Chandra is caught by J.D.'s goondas and Ravi tortures her and she also dies.

How Raja & Khan destroys J.D. empire and how they take revenge, is only to be seen on Screen... 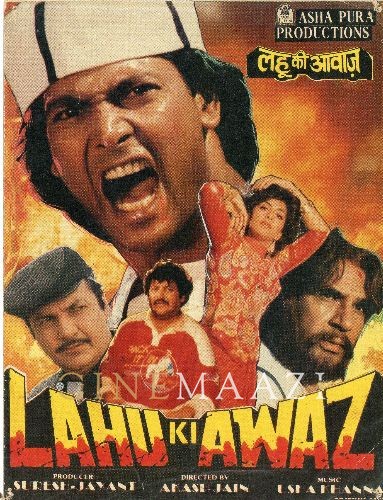