Undue maternal affection spoils the child, sometimes beyond chances of redemption, and makes him reckless and carefree. Mother's over-leniency and affection cause John (Jeewan) to become a man of the high ways and a man of ill virtue. His bad company was an encouraging feature which incited him to do lowly and illegal things.

John's increasing lofferism aroused the feeling of anger and hatred in Ranjan, elder brother of John. Though people were opposed to John's growing ugly deeds his mother always overlooked them.

Ranjan succeeded as a flourishing lawyer and while he was handling one of the theft case the accused turned out to be his own brother, John. Ranjan's lips were sealed in the court of law and the incident separated the two brothers.

Wealth and fame are two strong forces which lead a man astray. Ranjan was involved in an affair with a girl Shanta, of easy virtues and it all ended up in their civil marriage.

Happy-go-lucky John was charmed by the innocent beauty of a poor girl, Rekha. The horizon of youth and the dawn of love was a thrilling experience to both of them. But after a while Rekha learnt that John was playing foul with her and this broke her heart.

Shanta, with her evil tongue, started accusing her mother-in-law and aroused Ranjan to put her into disrespect.

While mother was passing a road-side she had an accident with the car of a dancer, Panna. Mother was knocked down and Panna had to remove the senseless mother to her own apartment.

Trying to escape the vigilant and keen eyes of the police, John landed into Panna's apartment. He could not believe his eyes, for a moment. But the presence of his senseless mother was a reality. John was gravely hurt and felt ashamed. He sweared by his mother's feet to become a good man and to take revenge from Ranjan for the misbehaviour towards his mother.

What came out of this contest? Whether John could become good or not; Rekha redawned in his life or not and who lost the game of life, are the interesting problems amicably presented on the screen. 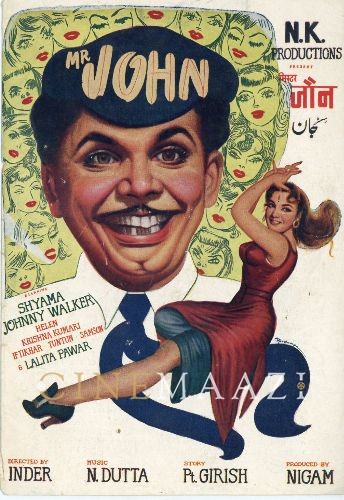