Once upon a long long time ago, a woman was a woman-becoming different at different times of life... sister, wife, mother. In that time and the world of that time woman was NOT PROSTITUTE.

Once upon another time a powerful wind of change blew across the world and the world changed. The woman became property. Between what is property and what is commodity the difference is not large.

So once upon another time, woman and contours and protuberance of her body and purity of her mind and body, her smiles and tears and the lyric song in her soul, all these became commodities hot selling eagerly awaited, feverishly taken. The time of the flesh peddler and the flesh purchaser had come.

The story of woman, as we know her, is a long long story. The one point in her story is this that the story which has taken centuries to happen can happen within a short span of a life - time even today. The compression of centuries within the close confine of a few years is made possible by the change in a woman's status from human being to properly to commodity.

"PRABHAT" is the story of a girl who covered the whole gamut of centuries ranging between the times when she was a unit of human society and the time when she became a commodity.

SITA, the simple village girl, is in a manner of speaking the beginning of the woman story. And Sita the woman into the vertex of prostitution brought by her pimp husband is the end of the story but not the real end. It is the end which gives birth to a new beginning as exciting and exhilarating as the showers of tropical monsoons, as innocent as the first light drizzle of the "BHADOON" rain.

IT ALL ADDS UP.

PRABHAT OPENS UP THE WORLD OF PROSTITUTE, THE PIMP AND THE LECHER. But that seeing and experiencing the happening in that world gives on PILGRIMS' feeling, is something from which the makers of the film have derived deep satisfaction.

IN NUTSHELL, 'PRABHAT" IS CRUSADE OF AN INNOCENT RURAL GIRL AGAINST PROSTITUTION.

(From the offcial press booklet) 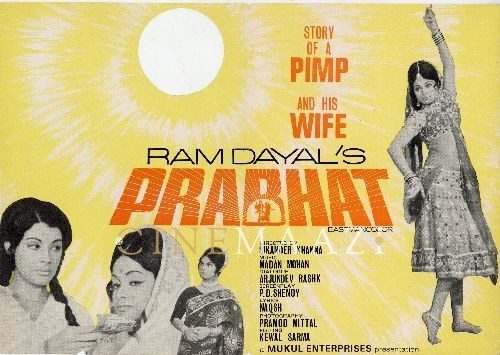 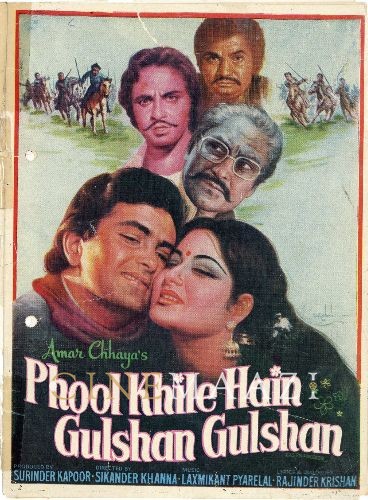