When Rana Himmat Singh, the prosperous landlord of Himmatpur, made the unusual decision of deputing his only son and heir Kunwr to work as an ordinary apprentice clerk in one of his own mills, his main concern was that by ‘going through the mill’ Kunwar may gather the enecessary experience of life and work which will stand him in good stead when he inherits his father’s vast fortune. But the well-meaning father had not reckoned with the high will of Destiny.

On his way to Bombay Kunwar meets and befriends a kindred soul Shobha who was going to Bombay to see her ailing father. From here develops a swift and unusual chain of events culminating in the marriage of Kunwar and Shobha in spite of the Rana who, in a fit of rage, not only disinherits Kunwar but orders his Manager Kailash to dismiss Kunwar from his service. Kailash who had not been on good terms with Kunwar from the very first moment he set his eyes on him, complies with the Rana’s orders most happily thereby rendering the newly married Kunwar without a source of livelihood. Forced by the needs of everyday life Kunwar joins the army in the second World War and goes abroad leaving behind Shobha who is now in a family way.

Here fate takes an extra-ordinary turn; Kunwar is reported dead in a bombardment of the ship carrying him abroad. Rana’s back is broken. He repents having created the necessity for his son to join to army and to assuage his guilty conscience invites Shobha to come to his house in Himmatpur.

Fate weaves yet another web of circumstances which throws up a very tragic character in the person of Kanta. She is the victim of Kailash who threw her out after having tricked her into a fake marriage. She tries to commit suicide but fails. Desperate she leaves, and through a strange series of circumstances she is picked up and accepted by the Rana as his widowed daughter-in-law in place of real Shobha, unknown to both Kailash and Shobha. Thus an impostor that Kanta had become, she was not guilty in the real sense, for, she had every reason to believe that the real Shobha whom she was impersonating was dead as a result of the same series of events which placed her (Kanta) in the position of the Rana’s bahurani.

Five long years of happiness and security pass by and then one day out of a trifling incident a terrific fact bares itself and Kanta comes to know that the real Bahurani Shobha with her son of five years is not only alive but living dangerously close by. A struggle starts in her conscience- a struggle between her sense of duty and morality, and her dire need of security for her own child.

Events mount upon events causing fresh conflicts and trials till one day Kailash arrives on the scene.

The tangle thus caused looks insoluble and all roads appeared to Kanta to lead to destruction. 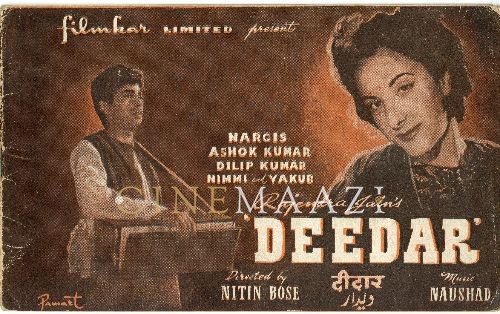 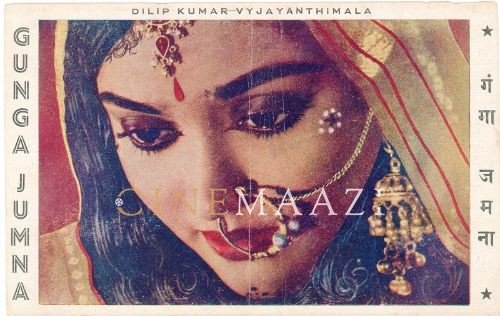