SARANG had a collection of a wide variety of animals. Her menagerie contained amongst others Lions, Cheetahs, Elephants and Horses. PEDRO the chimpanzee, was also a member of her troupe. He put over such acts that left the audience breathtaken and struck with awe. It was not for love that SARANG had collected all these wild animals. She was the owner of the circus and she displayed their acts to rope in money.

HUMER her ring master was a very cruel man who used his whip-lash freely to strike terrir into the hearts of the animals.

Once the entire circus party went into the jungle to trap more wild animals. There they found a wild man swinging from tree to tree like an ape. His wild call collected all the animals.

MANASI, the heroine of Sarang’s Circus was a matchless beauty. So enchanted did the wild man become at the melodious song flowing from her lips that he took her off into the jungle. The Circus party gave chase and the wild man was injured and ultimately trapped.

SARANG thought that If this wild man could be tamed he would prove a star attraction and bring in lots and lots of money. With this aim in view the wild man was brought to the City. But he could not be placed before the public because his features were so hideous that children shrunk away in terror.

The Doctor, a partner of the Circus, gave the wild man a dose of a certain medicine that transformed the hideous wild man into handsome good looking ZIMBO.

All efforts to tame ZIMBO with the use of force proved fruitless. Ultimately what force could not do love brought about. MANASI’S love tames ZIMBO and soon he became the star attraction of the show.

MANASI and ZIMBO  became attached towards each other. SARANG became jealous and burnt with envy at this attachment. With the help of HUMER and his henchmen she tried to do away with MANASI but alert PEDRO upset her plans and saved MANASI from her clutches.

SARANG called ZIMBO to her tent and started making love to him. Instead of responding ZIMBO did not think it fit to even speak to her. SARANG was besides herself with rage. She ordered HUMER to put ZIMBO in a truck and drive it off a cliff. PEDRO chased it in a jeep and managed to save ZIMBO in the nick of time. One by one all of SARANG’S plans were brought to nought. Defeat upon defeat was showred upon her and ultimately she was forced to bow her head to the call of fate and hand over ZIMBO to the care of MANASI.

And so, ZIMBO,MANASI and PEDRO continued to attract crowds and keep the show going. 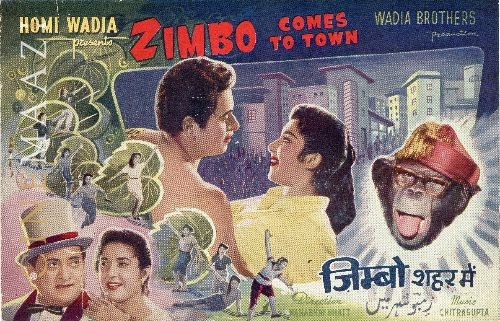 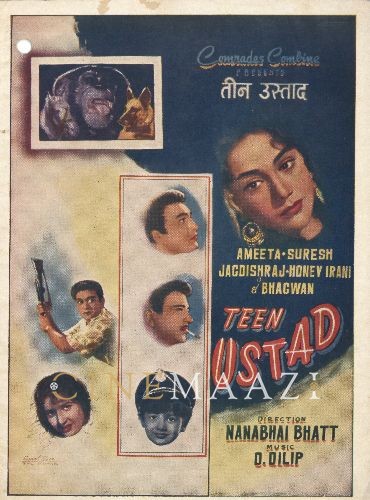