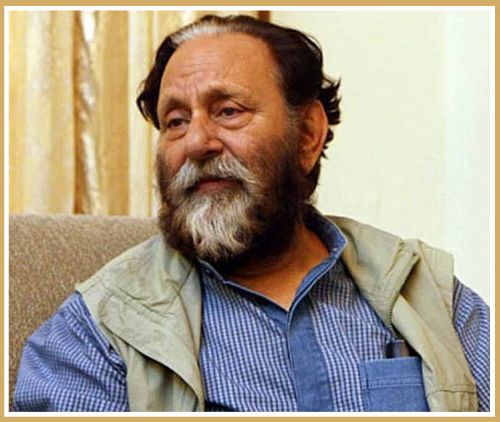 Born on 23 December 1942 in Punjab, among his earliest films was the drama film Uttejna (1988). Directed by Ashok Vazirani, it featured Bali along with Vipin Bhatia, and Priti Khare. The same year, he acted in Maati Mere Desh Ki (1988), directed by Ashok Neemrania. The TV serial Dil Dariya also started airing the same year, making him a popular face in drawing rooms across the country.

His prominent work includes his portrayal of King Porus in the 1991 historical drama Chanakya, Kunwar Singh in the Doordarshan soap opera Swabhimaan, and Huseyn Shaheed Suhrawardy, the chief minister of undivided Bengal, in the critically acclaimed 2000 film Hey Ram.

Among his more recent mainstream films, he played the chief priest of the Kedarnath temple in the Sushant Singh Rajput-Sara Ali Khan starrer Kedarnath, which portrayed the inter-faith love story between a wealthy Hindu Brahmin girl and a Muslim boy. 3 Idiots saw Bali make a special cameo appearance as the father of Javed Jaaferi, who was the original Ranchod Das Chanchad. In the Rajkumar Hirani-directed PK, Bali played the role of an old Sikh man in a restaurant who wants money from the central character, PK, essayed by Aamir Khan. Barfi, the Anurag Basu directorial, saw Bali play the grandfather of Jhilmil (Priyanka Chopra).

Bali’s last big screen appearance was in the comedy drama Laal Singh Chaddha (2022). He played the old Sikh man, one of the passengers on the train, who listens to the life story of Aamir Khan's titular character Laal Singh Chaddha. Written by Atul Kulkarni and directed by Advait Chandan, the film was a remake of the 1994 Hollywood hit, Forrest Gump.
Bali was also reportedly a National award-winning producer.

Arun Bali passed away on 7 October 2022 in Mumbai. His son Ankush told a news agency, “My father left us. He was suffering from Myasthenia Gravis. He had mood swings for two-three days. He told the caretaker he wanted to go to the washroom and after coming out he told him he wanted to sit down and he never got up then.”