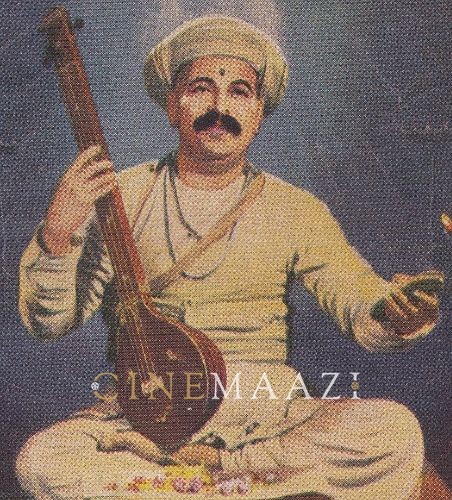 Born in 1910 in Sangli, Maharashtra, he went on to play a character named Sudhir in the adventure classic Amar Jyoti which released in 1936. It featured Durga Khote's most memorable role as the pirate Queen Saudamini. Faced with extreme patriarchal laws in an ancient seaport kingdom and denied the legal custody of her infant son Sudhir, Saudamini becomes a pirate declaring war on the state, and especially on its tyrannical minister of justice, Durjaya (Chandramohan). She attacks a royal ship and captures Durjaya, inadvertently also taking Princess Nandini (Shanta Apte). In captivity, Durjaya declares his love for Nandini but she falls for a shepherd boy (B Nandrekar) who turns out to be Saudamini's long-lost son Sudhir. Durjaya's men then capture Saudamini and a palace intrigue ensues marked by her emancipatory rhetoric and the universal humanist arguments of her adviser Shekhar (K Narayan Kale).

Directed by Shantaram Rajaram Vankudre, the film was written by K. Narayan Kale with dialogues by Narottam Vyas.

Sant Tukaram, his 1937 release, saw him feature alongside Vishnupant Pagnis and Gauri B. Nandrekar in the film directed by Vishnupant Govind Damle and Sheikh Fattelal. Written by Shivram Vashikar, the film chronicled the life of Tukaram (17th C.), one of Maharashtra's most popular saint poets. The episodic plot pits Tukaram (Pagnis) against the Brahmin Salomalo (Bhagwat), who pretends to be the true author of Tukaram's songs while calling for his ostracism. The film is set against the trend of turning away from courtly Sanskrit towards vernacular rhythms of religious poetry which constituted the first major emancipatory movement against brahmanical caste domination.

He essayed the title character Saroop in the 1938 film Baghban. The film revolved around the naïve Saroop, who renounces all earthly pleasures under the influence of a sadhu. He is arrested at a fairground; in jail, fellow convicts change his view of the world. Working in the prison's garden, he meets Superintendent Sohanlal's daughter Durga, who was married as a child to a boy now believed dead. Nasty Ranjit covets her, and on their wedding day, it is discovered that Saroop was her child-husband.