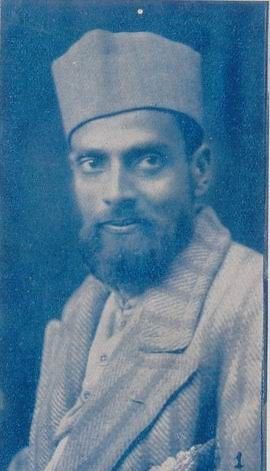 He was born Sardar Ahmad Khan on January 1, 1900, in Lucknow. Hailing from a family of litterateurs, his father was also a poet of repute in his time. He received his early education from Calcutta and after that was sent to Aligarh for further education. Influenced by the literary environment of Lucknow, Behzad started composing verse at an early age in his life. He used to participate in mushairas (social gatherings where Urdu poetry is read) apparently at the young age of 12 after poet and radio broadcaster Zulfiqar Ali Bukhari introduced him to the All India Radio.

His collections of his poetry include: Naghma-o-Noor, Kaif-o-Suroor, Mauj-e-Tahoor, Chiraagh-e-Toor, and Wajd-o-Haal. His poetry exuded simplicity, smoothness, purity and depth, as he developed his own unique style. His literary works include the novels Haseen Qatil (1924), Paidaishi Jasoos (1925), and Bete Ka Qatil (1926).

Post Partition, Lakhnavi migrated to Pakistan and worked for Radio Pakistan, Karachi. He used to recite naats as a part of congregational prayer. He also wrote some radio plays. As a ghazal writer, he contributed to the Urdu literature of Pakistan.

His last days were spent in difficult circumstances due to financial crisis and medical complications. Behzad Lakhavi died on 10 October, 1974 in Karachi, Pakistan.